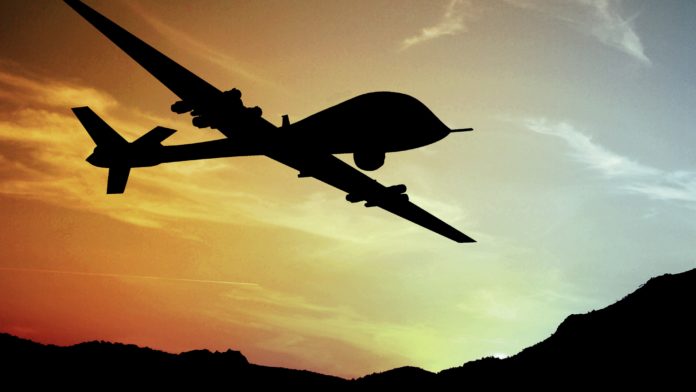 Three drones spotted prior to the attack near Al-Bukamal; Militia in this region of Syria have been targeted multiple times in recent months; Blame is being shifted to Israel and Saudi Arabia; Source: Saudi fighter jets have been spotted along with other fighter jets that have attacked facilities and positions belonging to Iranian militias.

Once again, near the Syrian town of Al-Bukamal, Iranian-backed militia has been targeted in airstrikes at the Hamdan Airport that were conducted by unidentified drones. The drones were seen flying in the region prior to the attacks. This has been a common region for strikes due to the number of Iranian-backed forces in the area who are working with Syrian forces to construct multiple bridges across the Euphrates River.

Blaming the attack(s) on Israel and Saudi Arabia, one source stated, “Saudi fighter jets have been spotted along with other fighter jets that have attacked facilities and positions belonging to Iranian militias.” Reports indicate that over 30 militants were killed in the month of September alone.

Iran has openly vowed to destroy Israel. One of their generals stated in September, “If Israel makes a strategic mistake, it has to collect bits and pieces of Tel Aviv from the lower depths of the Mediterranean Sea,”. As Iranian-backed militia continue to entrench themselves inside of Syria, furthermore, surrounding Israel, it’s likely that the strikes will continue.