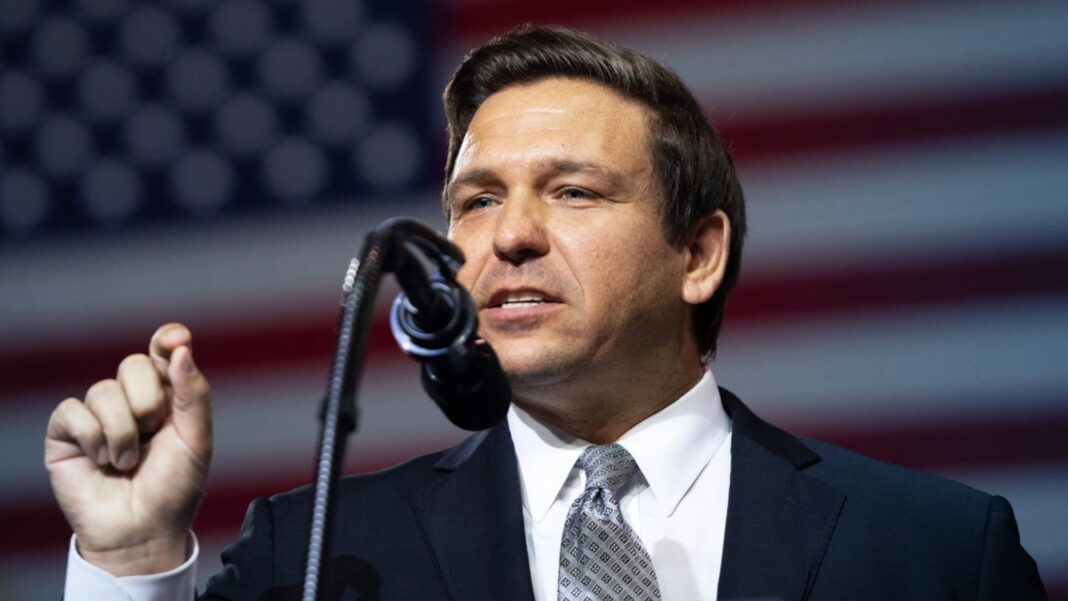 Florida’s move was widely expected as a national debate intensifies about injecting racial issues into classrooms as the overriding force in U.S. history.

Republican Gov. Ron DeSantis appeared by video at the top of the board’s meeting, urging its members, to adopt the new measures he asserted would serve students with the facts rather than “trying to indoctrinate them with ideology.”

The Black Lives Matter movement has brought discussions about race to the forefront of American discourse, and classrooms have become a battleground.

Supporters of Critical Race Theory (CRT) contend that federal law has preserved the unequal treatment of people on the basis of race and that the country was founded on the theft of land and labor.

Opponents of CRT say schoolchildren should not be indoctrinated with the belief that America is fundamentally racist. Governors and legislatures in Republican-led states around the country are considering or have signed into law bills that would limit how teachers can frame American history.

Florida law already requires schools to provide instruction on a host of fundamentals, including the Declaration of Independence, the Holocaust, and African American history.

However, some have called for a “faithful” interpretation of U.S. history that honors the founding of the country — as a rebellion against oppressive British rule. But some Americans — particularly Blacks, Native Americans, Latinos, and Asian Americans — argue that dissenting perspectives are often missing from textbooks and classroom discussions.

The new Florida rules say classroom instruction “must be factual and objective, and may not suppress or distort significant historical events.” They go on to include the Holocaust, slavery, and the Civil War, as well as the Civil Rights movement and the contributions of Blacks, Hispanics, and women to the country.

But the rules also single out “theories that distort historical events” that are inconsistent with board policy, including any teaching that denies the Holocaust or espouses Critical Race Theory which asserts “that racism is not merely the product of prejudice, but that racism is embedded in American society and its legal systems in order to uphold the supremacy of white persons.”

During his brief appearance Thursday, DeSantis called it “outrageous” how some instructors are deviating from what he and others consider the fundamentals of history.

“Some of this stuff is, I think, really toxic,” DeSantis told the school board. “I think it’s going to cause a lot of divisions. I think it’ll cause people to think of themselves more as a member of a particular race based on skin color, rather than based on the content of their character and based on their hard work and what they’re trying to accomplish in life.”

The Florida Education Association, which represents teachers across the Sunshine State, had called on the board to strip away inflammatory language from the proposed rules. One particular point was the use of “indoctrinate” in the rule, which the union says presents an overly negative view of classroom instruction. That word, however, remained in the rules adopted by the board.

“The job of educators is to challenge students with facts and allow them to question and think critically about information, and that’s the antithesis of indoctrination,” Cathy Boehme, a public policy advocate for the association, told the board. “No matter our color, background or ZIP Code, we want our kids to have an education that imparts honesty about who we are, integrity and how we treat others, and courage to do what’s right.”

The new rules also forbid the use of the controversial, partially debunked 1619 Project – a classroom program spawned by a New York Times project that focuses on teaching about slavery and African American history.

As CBN News has reported, the Times brushed aside claims by several historians that the 1619 Project has major factual errors. But after a barrage of criticism for its historical inaccuracy, references to 1619 as America’s true founding were quietly removed from the 1619 website.

Back in October, a group of 21 scholars called for the Pulitzer Prize Board to strip Nikole Hannah-Jones of her 2020 award for her essay on the 1619 Project, saying it is “disfigured by unfounded conjectures and patently false assertions.”

Dr. Carol Swain, who grew up in the Jim Crow South in a shack without running water and went on to teach at Princeton and Vanderbilt, calls the 1619 Project agenda-driven and a false narrative.

“If the curriculum was balanced, it would have to tell the positive side of America,” Swain said. “America has been a success story and it’s because whites and blacks worked together.  And so, as a descendant of slaves, I feel blessed to be an American. Slavery is what it was. It was not unique to America. And what is true of America was that there were always whites who fought against the institution of slavery.”

Swain and other black scholars have put forward a historically accurate alternative to the 1619 Project called 1776 Unites. The curriculum is free and can be used by schools and organizations.

The Heritage Foundation‘s Jonathan Butcher and Mike Gonzalez released their report Critical Race Theory, the New Intolerance, and Its Grip on America last December.  They summarize CRT in this way:

“Critical Race Theory (CRT) makes race the prism through which its proponents analyze all aspects of American life—and do so with a degree of persistence that has helped CRT impact all of American life. CRT underpins identity politics, an ongoing effort to reimagine the United States as a nation riven by groups, each with specific claims on victimization.”

“In entertainment, as well as the education and workforce sectors of society, CRT is well-established, driving decision-making according to skin color—not individual value and talent. As Critical Theory ideas become more familiar to the viewing public in everyday life, CRT’s intolerance becomes ‘normalized,’ along with the idea of systemic racism for Americans, weakening public and private bonds that create trust and allow for civic engagement.”