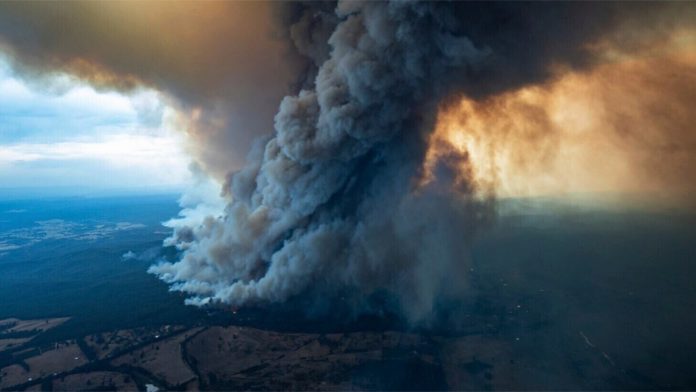 As unprecedented wildfires ravage Australia with no end in sight, crisis-trained chaplains from the Billy Graham Evangelistic Association and Samaritan’s Purse disaster relief teams are responding to the needs there.

Australia typically has a fire season that runs from December to March, but this year’s bushfires have been burning since September, causing catastrophic damage.

Many experts blame strong winds, excessive heat and a lack of rain for the rapid spread of the fires. On top of a historic drought, a heatwave in December broke the record for the highest nationwide average temperature, with some parts of the country reaching 120 degrees Fahrenheit.

At least 28 people have died from the fires—including four firefighters—and an estimated 15.6 million acres of bush, forest and parks across Australia have burned.

The states of New South Wales and Victoria have been the hardest hit, with more than 2,000 homes destroyed or damaged in NSW alone. A state of emergency has been declared in Victoria, allowing authorities to enforce evacuations and let emergency services take over properties.

Most recently, two large fires on the border between NSW and Victoria have merged into a so-called “mega blaze.”

“Our hearts go out to the people of Australia as they battle wildfires,” posted Franklin Graham on Facebook. “Our Samaritan’s Purse-Australia disaster relief teams and Billy Graham Evangelistic Association Rapid Response Team chaplains are responding.”

“Last February I went across that country preaching the Gospel in seven cities, and we have many friends there,” he added. “I want the people of Australia to know that many around the world are praying for them.”

“The whole nation is a little overwhelmed by the size, power and duration of this fire,” Stewart Beveridge, RRT manager of Australia/New Zealand, explained.

Morrison expressed his gratitude on Twitter, thanking Trump for the “strong messages of sympathy, support and friendship for Australia during our terrible bushfire season.”

RRT chaplains have described many of those they have engaged with as “weary, burdened and overwhelmed.”

“God has been reminding me of the beautiful words in Matthew: ‘Come to Me all who are weary and burdened, and I will give you rest’,” Beveridge said. “When I have the opportunity to talk with people, there are tears and a moment of silence as they reflect on the words and take comfort in them.

“Even in this low time, God still has His hand and heart in their story.” 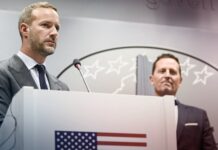 US Could Increase Indonesia Aid By Up To $2 Billion If It Normalized Ties With Israel: Report