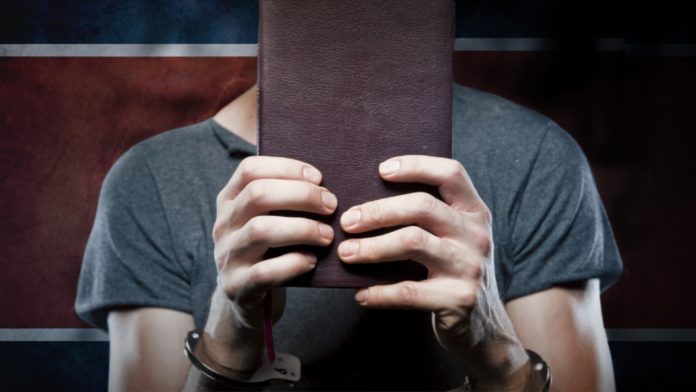 Being a Christian in North Korea means using mysterious, spylike tactics to read the Bible, facing threats of the death penalty, and circumventing propaganda with tales of believers harvesting organs, according to persecution watchdog groups.

Ministries have been creatively sneaking Bibles and smuggling bits and pieces of Scripture through land, air and sea for years to aid the “underground” church in Kim Jong Un’s communist nation, where he is viewed as the only god.

“The Kim regime in North Korea is more than a political machine or even an authoritarian military/police force. It is also, quite literally, a religion, which they call ‘Juche,’ or self-reliance,” Todd Nettleton, spokesman for The Voice of the Martyrs (VOM), a Christian persecution watchdog, explained to Fox News. “This religious aspect undergirds the entire regime and teaches that the Kim family members aren’t just political leaders but in fact divine beings.”

North Koreans are taught hymns of praise to Kim Il Sung, the nation’s founder, and to the current leader, Kim Jong Un, who recently praised China’s handing of the coronavirus. Kindergarteners are taught to say a prayer before they eat: “Thank you, Father Kim Il Sung, for our food.”

Propaganda in the country encourages citizens to worship communism, and includes artwork showing Westerners and Christians violently killing Koreans. One defector, who converted to Christianity, said he was terrified of the first Christian he met because he was taught they would harvest his organs.

“So Christianity isn’t just a ‘foreign’ religion or a different philosophical lens through which to look at the world,” Nettleton said. “It’s treason! If ‘Jesus is Lord,’ then by definition, Kim Jong Un isn’t. That idea is so dangerous to the regime that it simply cannot be allowed to spread inside North Korea.”

The nation tops the list for the worst persecutors of Christians and other religious minorities, according to Open Doors USA, another persecution watchdog group.

Citizens are required to spy on their neighbors, Nettleton explains. “So a ‘church’ meeting inside North Korea is only two to three people, typically from within the same family. Those that have Bibles likely read very late at night, with all the windows of their home blocked, and sometimes even with the windows blocked they read under a blanket, in a closet or somewhere else they’re less likely to be noticed.”

The punishment for being a Christian or getting caught with a Bible can be severe.

“At best, they would be taken to a concentration camp,” Nettleton said. “At worst, they would face immediate execution. And because Christianity is so dangerous to the regime, the Christians’ parents and children also would be put in camps, taking three generations to make sure Christianity doesn’t spread.”

Christianity has survived there in part because “VOM has had to find very creative ways to communicate the Gospel and to get Bibles into the country,” Nettleton said.

Some methods are too secret to share, but despite threats from North Korean officials, the group used to send Gospel faxes to North Korean businesses and government offices until fax machines were no longer commonly used.

The Voice of the Martyrs has been launching “Scripture balloons,” when the wind allows them to float across the border. They now have the technology to attach a complete Bible to the balloons and use GPS tracking to see exactly where they go. The military is ordered to pick up balloon payloads and destroy all materials without looking at them or reading them, according to VOM.

The group also uses radio broadcasts, with one person slowly reading Scriptures so that people in North Korea have enough time to write them down. It is sometimes the closest they ever get to owning a printed version.

Bibles also are sent by sea, with the Scripture inside a plastic bottle along with a day’s supply of rice and enough air to keep it afloat.

“Obviously, we can’t send missionaries to North Korea. But the Gospel is getting in creatively,” Nettleton told Faithwire earlier this week. “There is a church in North Korea. It doesn’t look anything like our churches, when we gather together with believers in the United States. One of the challenges for Christian parents is, when do I tell my children about Jesus Christ? Because if my children say the wrong thing at school, I’m going to go to prison.”

VOM Korea launched a global letter-writing campaign advocating for the release of Jang Moon Seok, a Korean-Chinese Christian, arrested for evangelizing North Koreans on the border with China and sentenced to 15 years. 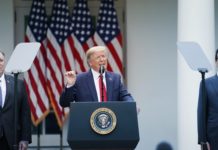 ‘China Has Total Control’: Trump says US will Terminate Relationship with WHO 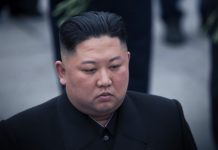