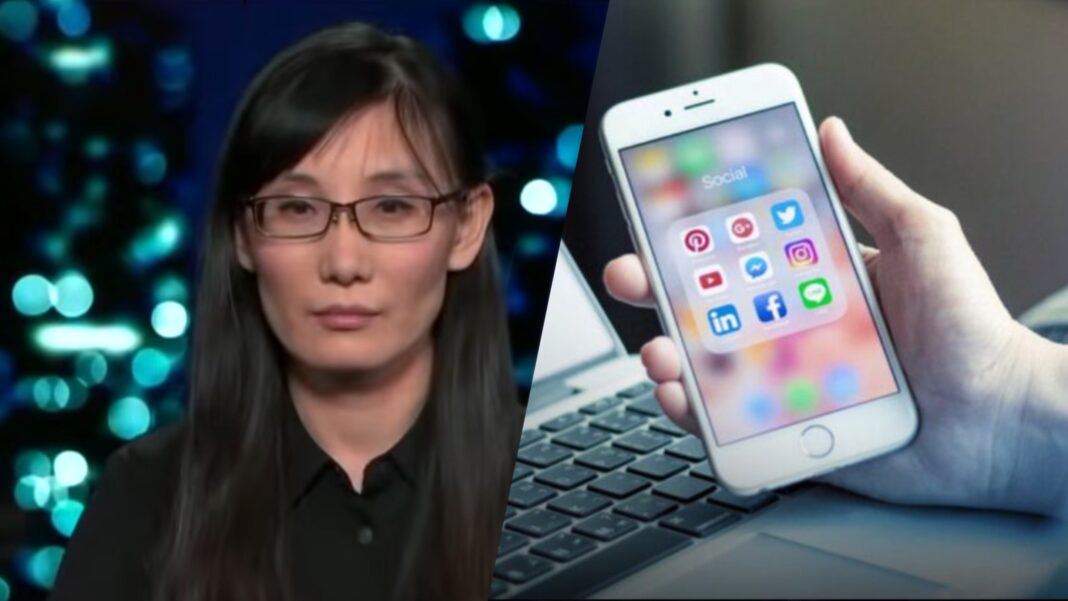 Facebook and other tech giants have engaged in a troubling pattern of censoring speech surrounding major issues in the coronavirus debate, Fox News host Tucker Carlson argued during his Wednesday night monologue.

Carlson’s comments came after Facebook slapped a warning label on video of his Tuesday interview with Chinese virologist Dr. Li-Meng Yan, who claimed to have evidence showing China “intentionally” released COVID-19 onto the general population.

“Within a few hours of her interview last night,” Carlson said, “a video of the segment reached 1.3 million people on Facebook.”

“And why wouldn’t it? The coronavirus pandemic has touched the life of every American. And justifiably, people want to know where it came from. But Facebook still doesn’t want you to know that. So Facebook suppressed the video, presumably on behalf of the Chinese government. Facebook executives made it harder for users to watch our segment. Those who found the video had to navigate a warning that the interview ‘repeats information about COVID-19 that independent fact-checkers say is false,” he added.

“Instagram, which Facebook also owns did the same thing. Twitter suspended Dr. Yan’s account entirely. It did not explain why. Nor did the tech companies explain how they would know more about disease transmission than an MD, PhD virologist like Dr. Li-Meng Yan. Instead, Facebook and Instagram linked to three so-called fact checks which supposedly proved Yan was lying.

“But if you clicked on the provided links, you’d noticed something odd. The fact checks were all published months ago, many months — in January, February, and March, and they had nothing whatsoever to do with what Dr. Li-Meng Yan said on our show… One of the fact checks attacks a completely unrelated claim, the virus was patented and that a vaccine was prepared and ready to go.

“What does that have to do with the interview we did last night? No one will tell us that. The truth is, and you know it if you’ve watched carefully, experts have been wrong frequently throughout this pandemic … They have changed their prescriptions many times.”

Carlson argued that the solution to experts being fallible was more speech. “The solution to this age-old problem, and we used to understand this intuitively is more informed voices in the conversation. That’s how you make wise decisions, that’s how you get to the truth. Diversity of view. Facebook doesn’t believe this,” he said.

“They believe in censorship. Censorship does not make us wiser. It does not make us better informed. If it did, we’d be speaking Russian right now, the Soviet Union would run the world. It would have worked. But instead the Soviet Union is extinct. It collapsed under the weight of its own absurdities — absurdities abetted by censorship. And that’s the most basic lesson of dictatorships, all of them. Anything built on lies falls apart over time.”

Carlson also defended Yan and her research. “COVID-19 is not from nature, she said. It was created in a lab in Wuhan, China. The Chinese government intentionally unleashed it on the world. Those are her claims. Are they true? We have no way of verifying them. We do know that Dr. Li-Meng Yan is not a quack,” Carlson said.

“She’s authored peer-reviewed papers on coronavirus transmission in both Nature Magazine and The Lancet. Those are two of the most respected publications in all of science. Her paper on the origin of COVID-19, which she has published online, is not frivolous. In it, she points to specific evidence for the claims that she makes. She identifies so-called cut sites which are frequently used in genomic engineering that would allow scientists to swap in sequences from other viruses to create what she described last night as a Frankenstein bioweapon.”

HD Editors Note: Rev. Franklin Graham commented via Facebook on the censorship of the Chinese virologist, saying it seems someone wants to “keep this story quiet“, adding that if what Dr. Li-Meng Yan said is true, “it is cause for great concern”:

Dr. Li-Meng Yan is blowing the whistle. If her accusation is true, it is cause for great concern. She’s a leading virologist and former researcher at the Hong Kong School of Public Health who worked at the World Health Organization reference lab. She told Fox News this week that the Chinese government had intentionally manufactured and released the COVID-19 virus. The impact of this virus around the globe has been incalculable, with nearly a million reported deaths.

Dr. Yan was one of the first scientists in the world to study the coronavirus. It’s interesting that her accusations had been squelched. Dr. Yan fears retaliation, and Twitter has reportedly suspended her account. Facebook and Instagram have also now flagged Tucker Carlson’s interview with her. I don’t know, but it seems someone wants to keep this story quiet.

Pray for our nation and for an end to this pandemic... So many are still suffering the effects, economically and physically—all of our lives have been changed.