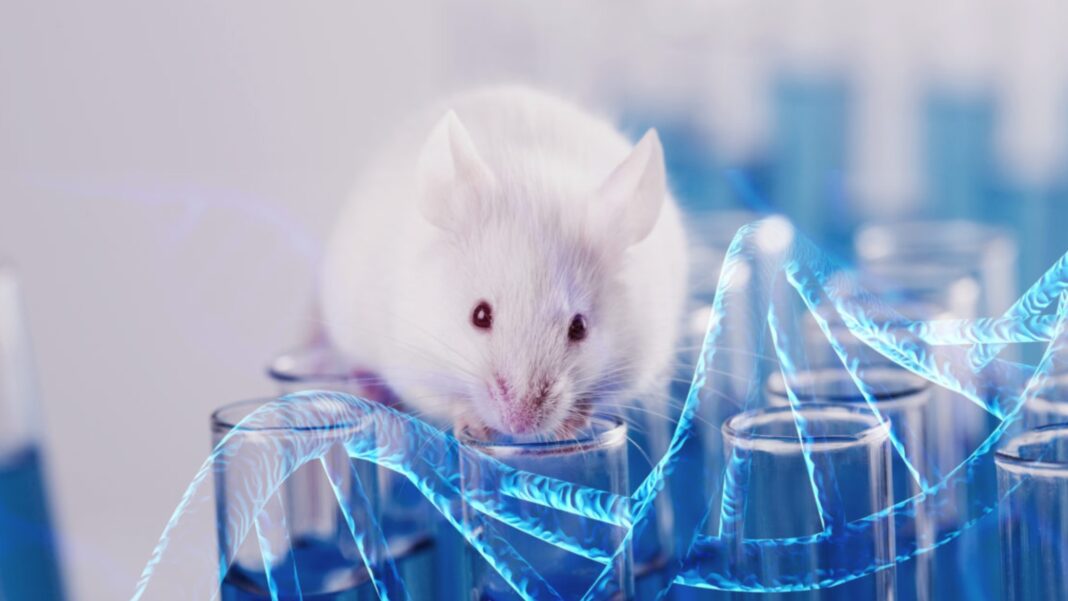 Researchers in China are subjecting rats to disturbing experiments where they attach the uterus of a female rat to a male, in the hopes of helping him carry a pup. Sadly, the process was reportedly successful. It’s a precursor to see if it would be possible to implant uteruses into men in the future.

Science experimentation and research is a necessary part of saving lives. For example, take studies into the effects of certain drugs when treating cancers or conditions like Alzheimer’s and diabetes. The patients who participate are, in some cases, risking their lives to see if new drugs will help others as they forego more common and standard treatments to see if something new and different will be more effective.

It’s a necessary risk that these patients and physicians take in order to try out treatments that might be more effective or to potentially even cure certain conditions that take the lives of Americans and other people across the world every day.

But what medical purpose does it serve to transfer a uterus to a man? It’s not treating a condition or a disease, but it is serving the LGBT and woke agenda that seeks to erase the differences between the sexes.

There is no better way to do that than to eliminate women from the birthing process altogether by allowing men, both gay and transgender as well, the opportunity to conceive and carry children.

Per a summary of the study: “Male pregnancy is a unique phenomenon in syngnathidae which refers to the incubation of embryos or fetuses by males. However, whether male mammalian animals have the potential to conceive and maintain pregnancy remains unclear. Here, we constructed a rat model of male pregnancy by a four-step strategy: a heterosexual parabiotic pair was firstly produced by surgically joining a castrated male rat and a female rat. Uterus transplantation (UTx) was then performed on the male parabiont 8 weeks later. After recovery, blastocyst-stage embryos were transplanted to the grafted uterus of male parabiont and the native uterus of female parabiont.

“Caesarean section was performed at embryonic day (ED) 21.5. The success rate of modeling was only 3.68%, but 10 pups could still be delivered from male parabionts and developed. Our experiment reveals the possibility of normal embryonic development in male mammalian animals, and it may have a profound impact on reproductive biology.”

According to Wesley Smith, a noted bioethicist, the pregnancy for the male rat was achieved by surgically attaching him to a female so the two could share blood. The embryos, created via the IVF process, were then transferred into the uterus that was attached to him.

Though these experiments are only in the initial stages and it’s unclear if it could be utilized on humans, the success of this first step no doubt is encouraging to the gay and transgender community.

Joseph Fletcher, who Smith describes as an “anything-goes utilitarian, sometimes called the ‘patriarch of bioethics,’ had written in the 1988 book The Ethics of Genetics about this potential advancement.

He wrote, “Transplant or replacement medicine foresees the day, after the automatic rejection of alien tissue is overcome, when a uterus can be implanted in a human male’s body—his abdomen has spaces—and gestation started by artificial fertilization and egg transfer. Hypogonadism could be used to stimulate milk from the man’s rudimentary breasts—men too have mammary glands. If surgery could not construct a cervical canal the delivery could be effected by a Caesarean section and the male or transsexualized mother could nurse his own baby.”

This experiment is both unnecessary and completely unethical, but that’s the direction science is moving. It’s not as much about finding cures to cancer, which is something my mom lives with every day, but about pushing the limits to the extreme, just to see what’s possible. The potential complications and problems are simply deemed inconsequential.

There’s a rather famous quote from Jurassic Park that fits well in this situation, “You were so preoccupied with whether or not you could, you didn’t stop to think if you should.”

These scientists in China should stop while they’re ahead and shutdown such crazy experiments.

In an interview with Pastor Billy Crone of sunrise Bible Church in Las Vegas, Nevada, Jan Markell discussed this shocking push for genetic modification and how such experimentation is a Biblically prophesied sign of Jesus Coming.

Jan Markell reminds her listeners that one of the signs of the last days, as listed in Matthew 24:37 and Luke 17:26, would be the world’s close resemblance of what it was like in the ‘days of Noah’:

“In the Genesis 6 account, there are two levels of wickedness going on there, that grieved the heart of God, for him to pull the trigger and say ‘that’s it, I’m gonna judge this whole planet.’ It was the general wickedness,the heart of man being continually wicked [Genesis 6:5]. I think we could all agree that’s being repeated today,” Jan Markell’s guest, Pastor Billy Crone, explains. “But it’s also the other wickedness in the hybridization of humanity [Genesis 6:1-4], that too is happening (It’s not coming, it’s happening), as well at the same time as this repeat of general wickedness. It’s really yet another Bible prophecy sign, howbeit a lot of people aren’t talking about it, that the return of Jesus Christ is imminent!”

JD Farag, in a Bible Prophecy Update, elaborated on this, stating that the days of Noah, discussed in Matthew 24, was not solely describing a time of violence and wicked hearts, but also a time of corrupted human DNA:

Satan, throughout human history, has sought to corrupt the human DNA with what seems to be his seed as it were. If Satan were able to do this, [think about this], he would, in effect, corrupt man’s DNA, which would mean that it was no longer human. Stay with me. Thus, if man’s DNA is no longer human, then man can no longer be redeemed. This, because of the fact that Jesus came as fully-God and fully-man (hu-man) to redeem man. So, if mankind’s DNA is not human, then it’s outside the scope of redemption. That’s the why behind the what.

Now the question becomes one of whether or not we have any scriptural evidence of this seed of Satan corrupting the human DNA? The answer is an astounding yes, and we need to look no further than to the book of Genesis again. This time the 6th chapter.

Let’s Breakdown verses 1-4, “When human beings began to increase in number on the earth and daughters were born to them, the sons of God saw that the daughters of humans were beautiful and they married any of them they chose. Then the Lord said, ‘My Spirit will not contend with humans forever, for they are mortal. Their days will be 120 years.”

Pay particular attention to verse 4, “The Nephilim were on the earth in those days – and also afterward – when the sons of God went to the daughters of humans and had children by them. They were the heroes [mighty giants] of old, men of renown.” You’ll forgive the frankness with which I say this, but these are demons that had sexual intercourse with women, human women, and bore children from them. In so doing, they corrupted the human DNA, which was Satan’s purpose from the very beginning for the reasons mentioned before.

It was because the human DNA was corrupted that God destroyed the earth with the flood in the days of Noah. Let’s go to Genesis 6, beginning in verse 8. I’ll read through to verse 12. “But Noah found grace in the eyes of the Lord. This is the genealogy of Noah.” Genetics, the genome of Noah. “Noah was a just man, perfect …”

“Noah walked with God. And Noah begot three sons: Shem, Ham, and Japheth. The earth also was corrupt before God, and the earth was filled with violence. So God looked upon the earth, and indeed it was corrupt for all flesh [humankind] had corrupted their way on the earth.”

We have another question. The question now is, what does this have to do with us today? I’m so glad you asked. Thankfully, Jesus himself provides the answer in a prophecy that’s recorded in Matthew’s Gospel Chapter 24:37. Jesus says, “As it was in the days of Noah, so it will be at the coming of the Son of man.” Now there are many parallels between Noah’s day and our day, but I believe none are as prophetically significant as the corruption of man’s DNA in our day.