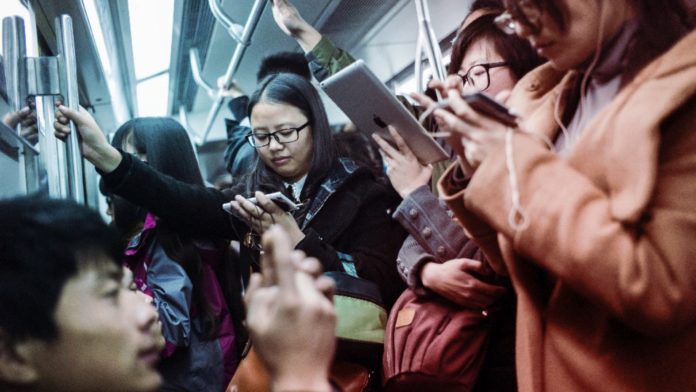 Chinese technology companies that are either partially owned by communist China or that have strong connections to China’s communist government are reportedly shaping new surveillance and facial recognition standards at the United Nations. The revelation comes as China announced that starting on Sunday telecom companies must collect facial scans when registering new phone users.

Mehwish Ansari, who leads work on the issue at a digital human rights non-profit, said, “There are virtually no human rights, consumer protection, or data protection experts present in ITU standards meetings so many of the technologies that threaten privacy and freedom of expression remain unchallenged in these spaces. When it comes to facial recognition [these standards are] extremely dangerous from a human rights perspective.”

The report outlines how China takes advantage of nations, specifically developing nations in Africa, to spread its influence because the developing nations do not have the resources to develop surveillance and facial recognition standards on their own.

“Standards ratified in the ITU, which comprises nearly 200 member states, are commonly adopted as policy by developing nations in Africa, the Middle East and Asia, where the Chinese government has agreed to supply infrastructure and surveillance tech under its ‘Belt and Road Initiative,’” The Financial Times added.

Chinese communist leader Xi Jinping announced China’s “Belt and Road Initiative” (BRI) in 2013, which experts have said is among the most ambitious infrastructure projects ever attempted.

The Council on Foreign Relations (CFR)reports:

Xi’s vision included creating a vast network of railways, energy pipelines, highways, and streamlined border crossings, both westward—through the mountainous former Soviet republics—and southward, to Pakistan, India, and the rest of Southeast Asia. Such a network would expand the international use of Chinese currency, the renminbi, while new infrastructure could “break the bottleneck in Asian connectivity,” according to Xi. (The Asian Development Bank estimates that the region faces a yearly infrastructure financing shortfall of nearly $800 billion.) In addition to physical infrastructure, China plans to build fifty special economic zones, modeled after the Shenzhen Special Economic Zone, which China launched in 1980 during its economic reforms under leader Deng Xiaoping. …

…To accommodate expanding maritime trade traffic, China would invest in port development along the Indian Ocean, from Southeast Asia all the way to East Africa.

CFR noted that the Trump administration has pursued a more confrontational strategy in Asia to counter an increasingly aggressive communist China.

“China’s overall ambition for the BRI is staggering. To date, more than sixty countries—accounting for two-thirds of the world’s population—have signed on to projects or indicated an interest in doing so,” CFR added. “The United States shares the concern of some in Asia that the BRI could be a Trojan horse for China-led regional development, military expansion, and Beijing-controlled institutions. Under President Donald J. Trump, Washington has raised alarm over Beijing’s actions even as it has abandoned some U.S. efforts to isolate China and deepen its own ties with economic partners in the region.”

AFP reported on Sunday that starting today, China will require telecom companies to collect face scans when registering new users to phones, which reportedly was met with alarm by Chinese citizens.

“Though the Chinese government has pushed for real-name registration for phone users since at least 2013 — meaning ID cards are linked to new phone numbers — the move to leverage AI comes as facial recognition technology gains traction across China where the tech is used for everything from supermarket checkouts to surveillance,” AFP reported.