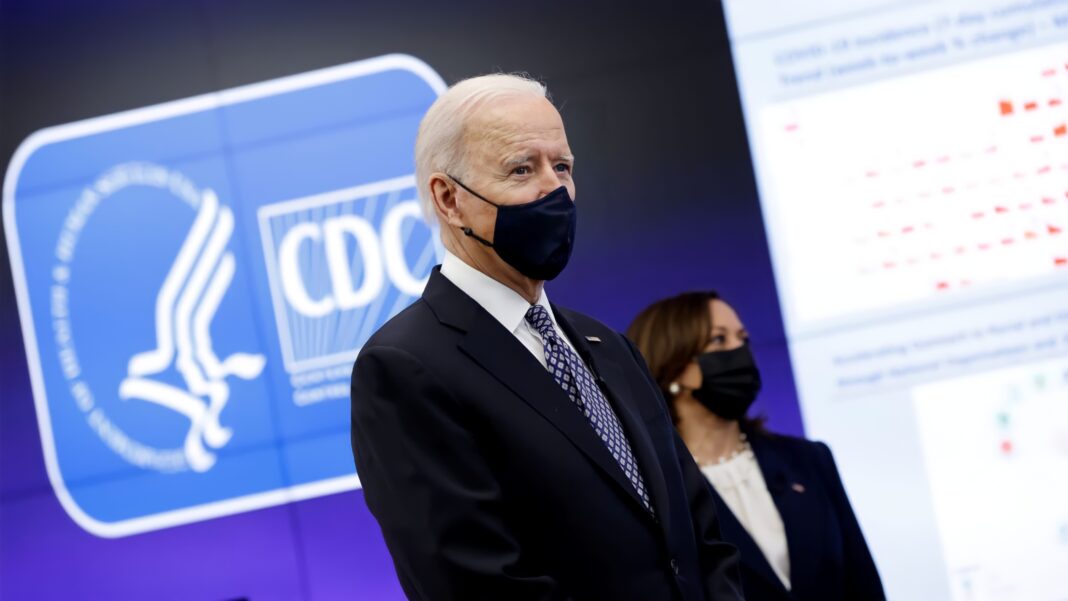 The Centers for Disease Control and Prevention (CDC) says that it has no record of people who are naturally immune transmitting the virus that causes COVID-19.

In the fall, the CDC received a request from an attorney on behalf of the Informed Consent Action Network for documents “reflecting any documented case of an individual who: (1) never received a COVID-19 vaccine; (2) was infected with COVID-19 once, recovered, and then later became infected again; and (3) transmitted SARS-CoV-2 to another person when reinfected.”

SARS-CoV-2 is another name for the CCP (Chinese Communist Party) virus, which causes COVID-19.

People who have recovered from COVID-19 are also known to carry some degree of natural immunity to the virus.

In a response dated Nov. 5 and made public recently, the CDC said it doesn’t have any documents pertaining to the request. The CDC confirmed to The Epoch Times that its Emergency Operations Center didn’t find any records responsive to the request.

The agency declined to say whether any documentation had been found between Nov. 5 and Nov. 12, directing The Epoch Times to file a Freedom of Information Act Request for that information. The Epoch Times has since filed such a request.

“You would assume that if the CDC was going to crush the civil and individual rights of those with natural immunity by having them expelled from school, fired from their jobs, separated from the military, and worse, the CDC would have proof of at least one instance of an unvaccinated, naturally immune individual transmitting the COVID-19 virus to another individual. If you thought this, you would be wrong,” Aaron Siri, the attorney who sought the records on behalf of the network, said in a blog post.

The CDC’s disclosure drew responses from several medical experts, including Johns Hopkins Dr. Marty Makary, who said it underlined how little data the agency has released concerning the recovered. Makary called on the CDC to make data on any reinfections that have resulted in hospitalization or death public, including information on the patients’ comorbidities or lack thereof.

“CDC should be transparent with data on natural immunity. Instead, we get glimpses from FOIA requests like this one,” he wrote on Twitter.

The CDC sets few firm rules, but its guidance has proven enormously influential during the COVID-19 pandemic. Virtually all officials imposing COVID-19 vaccine mandates have removed the option for people to refuse the vaccine if they can prove that they’ve had COVID-19 and recovered, with many citing the CDC as the reason for doing so.

Officials across the country have urged people to get vaccinated by claiming that it will protect those around them.

“Getting the vaccine is the best way to protect yourself and others around you, especially as the more contagious Delta variant spreads around the country,” Dr. Rochelle Walensky, director of the CDC, said in a statement over the summer.

But soon after, she said vaccines could “no longer prevent transmission” of the virus during a television appearance.

More than 100 studies provide support for natural immunity, likely providing similar or superior protection compared to COVID-19 vaccines, including a real-world Israeli study. But agency officials have promoted two of their own studies in arguing that even those who have natural immunity should get vaccinated, asserting that natural immunity hasn’t proven to be as durable as vaccination.

The CDC did state in a brief released earlier this month that natural immunity and vaccines offer protection for at least six months. It said nothing about virus transmission in its brief.

Family Research Council in their article, “The Truth Will Set Us Free from Vaccine Mandates,” wrote:

“In footage released by Project Veritas, three Pfizer scientists admit that natural immunity to the coronavirus likely offers better protection than the vaccine. Yet the CDC refuses to even address the possibility of natural immunity, and various vaccine mandates America’s tyrants are considering allow no exemption for natural immunity.”

“Natural immunity is not some magic code, nor does it suggest genetic superiority. The term simply refers to someone who has contracted COVID-19, and whose immune system developed the tools to successfully fight off the virus. Those immune defenses remain in the person’s bloodstream even after the virus has been eliminated. After 18 months of data, the administration’s utter silence on natural immunity, an obvious, viable alternative to vaccination, has grown deafening.”

Jan Markell, in her article, “Top Bible Prophecy Stories in 2021 – Harbingers Of His Return,” explained that the reason vaccine mandates ignore personal freedoms, legitimate medical objections, and natural immunity is because there is an agenda driving it.

“As we moved into late summer of 2021, we saw a new target of marginalization: The unvaccinated,” she said. “While this is a personal medical decision, the powers that be decided to establish rules and even unemploy millions who have chosen to not get the Coronavirus vaccine, suspecting the safety of the experimental drug, or because of natural immunity.”

“The world is now preparing for global government. The advancement is stunning and diabolical. But the organization tapped to lead this effort is the World Economic Forum. Its leader, Klaus Schwab, has gathered hundreds of the global elite to carry out his satanically driven goal of a one-world government that now has global attention, thanks to the pandemic,” she wrote.

“The Coronavirus was the crisis they couldn’t let go to waste,” she added.

These developments, Markell insists, are a major harbinger of future events described in Biblical prophecy.

“Revelation 13 outlines the coming one-world government which will be led by the Antichrist,” Markell described.

“The globalists convinced the world in the last 20 months that it is worth giving up many freedoms in the name of health safety. During the Tribulation, the ‘left behind’ world will have to give up everything. Tremendous conditioning has gone on since March of 2020,” the Understanding The Times radio host explained.

“Our own FBI encouraged people to turn in loved ones who might have been violating health safety. Such betrayal is ‘Tribulationesque’ in itself,” she asserted. “The level to which the world has cooperated has been staggering. Many have not submitted but far too many have.”

“The ultimate loss of freedom will come via vaccine passports and forced vaccinations. While some would say that is only medical tyranny, they will open the door for total tyranny,” Markell underscored. “We don’t know how much the Church will see of this, though we are spared from God’s wrath (Revelation 3:10).”