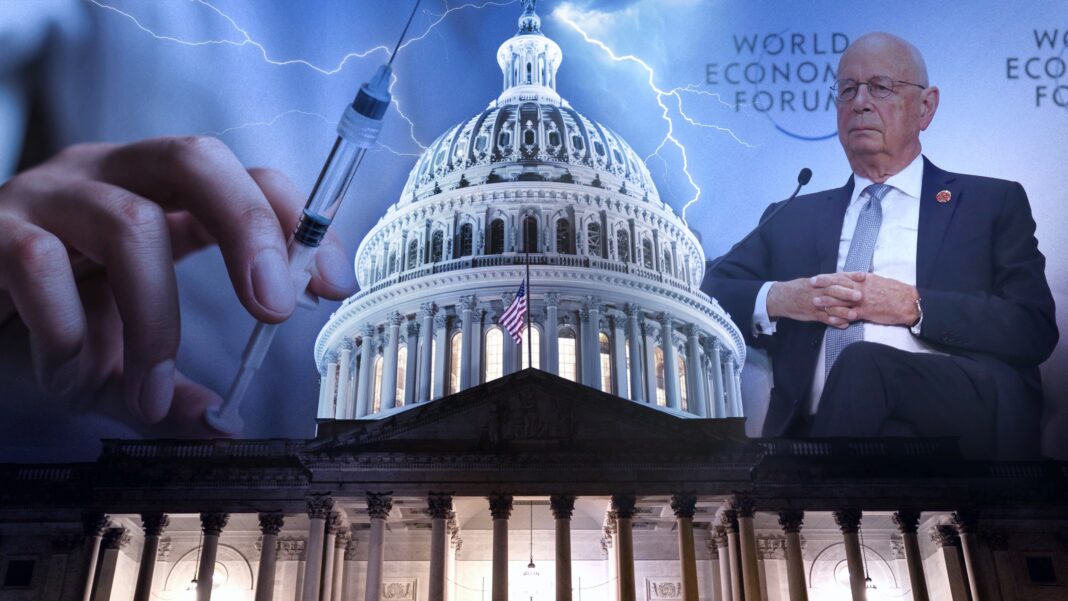 News with apocalyptic implications is breaking on a daily basis, so summarizing such events in a compact manner, is difficult. But, let me try. This current year has been record-setting in so many ways. Some of those ways are tragic as the Lord tries to get the world’s attention. His patience is amazing, so He then sends another series of reminders.

Here is my short list of “harbingers of His return” that we should pay attention to, and that grabbed my attention as we rush to the end of this amazing year.

America’s Decline and the Rise of the World Economic Forum

Many reading this did not think we would be the generation to see the drastic decline of America as a world leader. I’m going to be blunt here and suggest that America is not coming back, but Jesus is. The world is now preparing for global government. The advancement is stunning and diabolical. All efforts to advance it are cloaked in ‘saving the world’ rather than ‘uniting the world’. But the organization tapped to lead this effort is the World Economic Forum. Its leader, Klaus Schwab, has gathered hundreds of the global elite to carry out his satanically driven goal of a one-world government that now has global attention, thanks to the pandemic.

The Coronavirus was the crisis they couldn’t let go to waste. So was the collapse of America as a global leader. Revelation 13 outlines the coming one-world government which will be led by the Antichrist.

In a brazen manner, the World Economic Forum boasts in their slogan that mankind will own nothing and be happy. They are telling us in advance that they plan to be in control, will own our possessions, and will govern with either Socialism or Marxism. I believe they manifest prominently in the Tribulation from which the church is gone. Yet, we see them coming to prominence and recognition already.

A Fear-Based World Willing to Submit to Government Overreach

The globalists convinced the world in the last 20 months that it is worth giving up many freedoms in the name of health safety. During the Tribulation, the ‘left behind’ world will have to give up everything. Tremendous conditioning has gone on since March of 2020.

Our own FBI encouraged people to turn in loved ones who might have been violating health safety. Such betrayal is ‘Tribulationesque’ in itself. The level to which the world has cooperated has been staggering. Many have not submitted but far too many have.

The ultimate loss of freedom will come via vaccine passports and forced vaccinations. While some would say that is only medical tyranny, they will open the door for total tyranny. We don’t know how much the Church will see of this, though we are spared from God’s wrath (Revelation 3:10).

Who can watch the calamity of natural disasters today? Weather commentators have said they are escalating with greater frequency and intensity. Imagine—the world is using biblical terminology! The world has taken God out of the equation, and suggests the tragedies are man-made and the result of manmade climate change, when there are over 50 Bible references stating that God is in control of the weather.

While these will be off-the-chart in the Tribulation, we see a foretaste of them now in the Church Age, and particularly all of 2021. The world is suggesting that only a mother-earth type worship system will fix these natural calamities as they refuse to recognize them as the hand of God. They are a stunning herald of Christ’s soon return.

Lawlessness and the Rise of the Spirit of Antichrist

Since Minneapolis is my hometown, I recognize lawlessness! Five miles of Minneapolis was burned down in May of 2020 and will never bounce back. But, today’s lawlessness doesn’t have to be buildings being looted and burned down. We have utter lawlessness coming out of Washington, D.C.

Lawlessness will abound in the last days (Matthew 24:12). The passage in Matthew is really a reference to the Tribulation, but all Tribulation events are casting a shadow on the Church Age—and this one in particular.

The Antichrist is called “The Lawless One” (2 Thessalonians 2:9) whose rise to power will be in accordance with the schemes of Satan. The root of this evil is rebellion, and we see rebellion everywhere we turn.

Since the spring and summer of 2020, we have seen the escalation of utter lawlessness in many countries as these nations prepare to greet the Antichrist and his administration.

Four of the most terrifying words in the Bible are “God gave them over” (Romans 1:28). That is what he does to mankind in the last days. He gives them over to a reprobate mind where to most people, up is down, black is white and evil is good. Such thinking abounds today.

Once the culture declines to a serious level, God says, “enough”, and rescues His Bride, the Church, out of it all and takes us home to Heaven. He then judges the world for its depravity during the seven year Tribulation.

In the last year-and-a-half, we have seen major leaders engage in the most delusional thinking imaginable.

If one didn’t have a Biblical perspective and an end-time hope, their actions would be terrifying. It is as though they intend for as much destruction as humanly possible. God has washed His hands of many of these Godless leaders and they are recklessly careening into the very last days.

Marginalization of Christians, Conservatives, and Jews

The Bible says that the unbelieving world hates us (John 15:19). In the last year, that has become a harsh reality in the Western world. Righteous people, starting with born-again believers, have been called “extremists”, “white supremacists”, and comparable to the Taliban.

We went on the Department of Homeland Security Potential Terror Threat List if we objected to various Covid measures, or if we questioned the 2020 election. Leftist commentators said we were dreaming of a theocracy. They are partially right. We long for Christ’s ruling out of Jerusalem in the Millennium.

As we moved into late summer of 2021, we saw a new target of marginalization: The unvaccinated. While this is a personal medical decision, the powers that be decided to establish rules and even unemploy millions who have chosen to not get the Coronavirus vaccine, suspecting the safety of the experimental drug, or because of natural immunity.

As we move closer and closer to the end of the Church Age, both Christians and Jews will be under more and more attack. We are to count it all joy (James 1:2)!

I believe these are some primary top signs of the times in the last year. For a closer look, get my new DVD: Convergence: How Things Are All Falling Into Place.