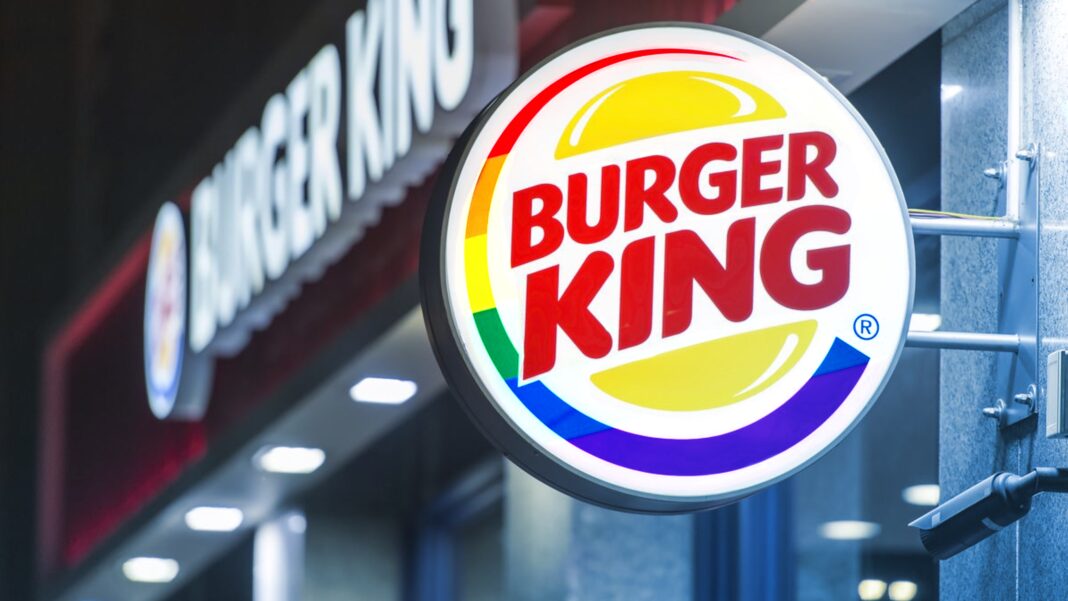 In modern America, you can’t buy a chicken sandwich without making a political statement.

As politics metastasizes into everyday American life, everything has become political. It seems you can’t watch a football game, book a hotel room, purchase an airline ticket, or shop online without political implications. That includes choosing a restaurant for your preferred chicken sandwich.

The fast-food chain Burger King recently announced that for the month of June, which to LGBT activists is Pride Month, it will donate 40 cents for every chicken sandwich sold to the Human Rights Campaign, an LGBT activist organization.

Burger King’s subtle mention that it will do this “even on Sundays” is an implicit swipe at the most popular chicken sandwich restaurant, Chick-fil-A.

Burger King added in a subsequent tweet, “with every Ch’King sold, BK will contribute 40₵ to the Human Rights Campaign (Max. donation $250k).”

In a statement to USA Today, a Burger King spokesperson said, “This is a community we love dearly and have proudly supported over the years, so we couldn’t miss an opportunity to take action and help shine a light on the important conversation happening.”

The Human Rights Campaign’s website states that the organization, “envisions a world where every member of the LGBTQ family has the freedom to live their truth without fear, and with equality under the law. We empower our 3 million members and supporters to mobilize against attacks on the most marginalized people in our community.”

For those familiar with Burger King’s politics, this new move should come as no surprise. The restaurant chain has a history of LGBT activism.

In 2014, prior to the Supreme Court’s decision in Obergefell v. Hodges which decreed same-sex marriage to be legal throughout the country, Burger King introduced the “Proud Whopper.”

The burger was sold in San Francisco during a pride parade and was wrapped in a rainbow themed wrapper. The burger was no different than the restaurant’s regular Whopper, except that when customers peeled back the wrapper for the “Proud Whopper,” it read, “We Are All the Same Inside.”

Chick-fil-A has been widely viewed as a more conservative restaurant chain after its president, Dan Cathy, made comments in support of traditional marriage in 2012.

“We are very much supportive of the family – the biblical definition of the family unit,” Cathy had said in an interview with the Baptist Press. “We are a family-owned business, a family-led business, and we are married to our first wives. We give God thanks for that.”

The comments ignited a firestorm, with LGBT activists openly angry at the company and supporters of traditional marriage rushing to the company’s defense.

As a show of support for Cathy’s comments, Mike Huckabee launched “Chick-fil-A Appreciation Day” which, according to the company, led to “a record-setting day” in sales.

Among those who condemned Cathy’s comments at the time included the Human Rights Campaign, which called Chick-fil-A “an openly discriminatory company” with a “stuck-in-the-past mentality.”

In 2019, many Christians were disappointed in the chain when it announced that it would “no longer donate to Christian organizations like the Salvation Army, the Fellowship of Christian Athletes and the Paul Anderson Youth Home.”

However, for the average American chicken sandwich consumer, Chick-fil-A has been widely viewed as the best fast-food chain in America for six years running.

According to the American Consumer Satisfaction Index’s (ACSI) 2020 restaurant report, Chick-fil-A scored the highest of any restaurant with customer satisfaction. ACSI’s report noted that “Chick-fil-A is the most satisfying restaurant for the sixth year.”

It is a sad fact that some Christians crack under the pressure that comes from holding Biblical values (Matthew 13:20-21). Those that do often quickly realize the compromise and tolerance is not what the godless want, they want total compliance and celebration of sin.

It is this reprobate mind that our society has fallen into, not in the celebration of sins alone (such as homosexuality, abortion, etc.) but also the attempt to force everyone, no matter their convictions, to celebrate and/or participate in such sins.