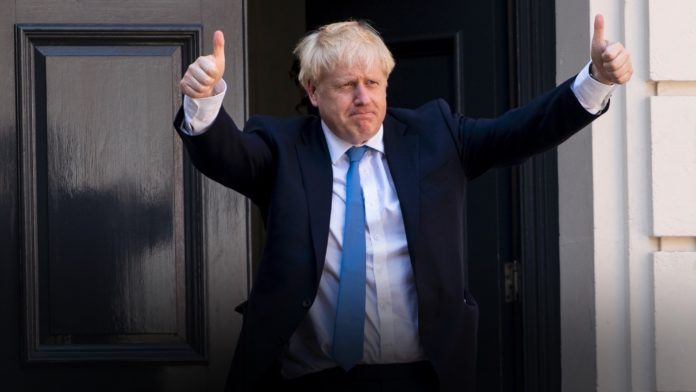 The EU Withdrawal Agreement Bill passed a vote in the House of Commons Thursday afternoon, three and a half years, three Prime Ministers, and three national elections after the British people voted to leave the European Union in June 2016.

The bill, which will sign into law Boris Johnson’s hastily concluded withdrawal agreement with the European Union struck at the end of 2019 was passed in the House of Commons by a margin of 330 to 231 votes, a majority of 99. This means the bill has completed its third reading, will continue to Parliament’s upper chamber — the House of Lords — for review before becoming UK law, in time for the official withdrawal day of January 31st.

The easy passage of the bill thus far is a massive departure from the repeated defeats of Theresa May in her time as Prime Minister, when she tried and failed three times to get her version of the Brexit deal through Parliament before finally stepping down as Prime Minister in 2019.

Commenting on the vote, Brexit leader Nigel Farage said the changed dynamics of the Commons after the December 2019 general election means the agreement was able to pass with a significant majority, but also that there would be significantly less political drama in the coming years, as a powerful government would have fewer knife-edge votes to worry about. Speaking on his LBC talk radio show, Mr Farage said had this happened last year, the vote would have been: “a nail-biter… John Bercow would have been there centre stage. Now there’s a big commons majority, no more John Bercow. Good, in my opinion!”

Reflecting on the political development of the day, Farage continued: “The withdrawal bill has cleared that third reading in the House of Commons with a massive, massive majority of 99. So it gives you an idea we’re now in a very different place. We’ve been very heavily focussed for the past three years. We are not going to be that focus on the Commons for many, many years to come because there is a big working majority. The game has changed.”

Although the bill would now go to the House of Lords where peers could attempt to amend it, Mr Farage said this was unlikely and in reality, he said “we’re virtually there. It has pretty much gone through.”

The next stage once passed through the upper chamber, the deal would then have to be ratified by the European Union’s parliament, which theoretically has the power to turn the deal down. This too, Mr Farage said, would be unlikely as the members would do the bidding of their national leaders who want to see the deal passed.

Ultimately, Brexit was only just around the corner. Concluding, he remarked: “we are pretty much there. Eleven-PM on the 31st of January, 2020. It is going to be a very big moment in this nation’s history. I hope after it, we can all move on.”

The House of Lords will begin debating the Brexit bill on Monday.