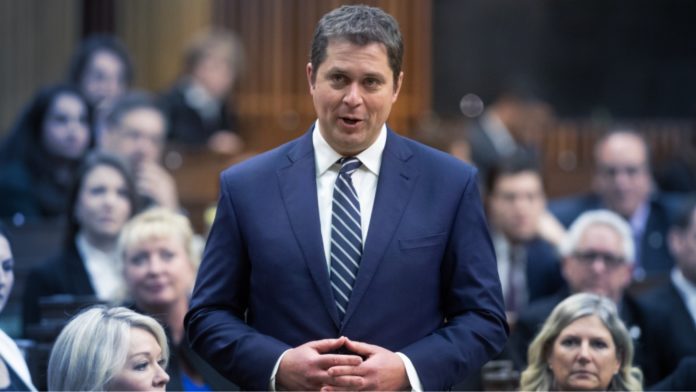 Andrew Scheer has decided to resign as Conservative leader after a disappointing election loss and facing internal party divisions over his ability to lead the party.

Mr. Scheer made the announcement in the House of Commons on Thursday after calling a special caucus meeting earlier that morning.

He said he has asked the party’s governing council to immediately begin the process to elect a new leader.

He called this one of the most difficult decisions of his life.

“As our party embarks on this exciting opportunity, electing a new leader and Canada’s next prime minister, I intend to stay on as leader of the party and the Official Opposition.”

However, the party constitution says it is up to caucus to make that decision on an interim leader.

The decision comes as former Conservative cabinet minister John Baird has been briefing Conservative MPs this week about his review of the party’s election campaign.

Mr. Scheer, who has five children, said the hectic pace of leading the Conservative Party – especially during the election campaign – took a toll on his family and his wife, Jill, who he called “heroic.”

“In order to chart the course ahead, this party needs a leader who can give 100 per cent to this effort. So after a conversation with my kids, my loved ones, I felt it was time to put my family first,” he said.

Mr. Scheer urged party faithful to “stay united” and focus on winning the next election – something he realized he was unable to do after he failed to defeat the Trudeau Liberals in the Oct. 21.

Although the Conservatives reduced the Liberals to a minority and gained more seats, party members expressed deep anger at the way the campaign was run.

Mr. Scheer won the leadership of the party in 2017.

Mr. Scheer’s resignation came on the day it was revealed the Conservative Party of Canada covered part of his children’s private-school tuition costs.

In a statement, Conservative Party executive director Dustin van Vugt said the party offered to reimburse some of the costs associated with relocating Mr. Scheer’s family to Ottawa, calling it “normal practice for political parties.”

“Shortly after Mr. Scheer was elected leader, we had a meeting where I made a standard offer to cover costs associated with moving his family from Regina to Ottawa. This includes a differential in schooling costs between Regina and Ottawa. All proper procedures were followed and signed off on by the appropriate people,” Mr. van Vugt said.

Senator Jean-Guy Dagenais, who was appointed by Stephen Harper and ran for the Conservatives in 2011, said he was disappointed to learn that party funds went to personal expenses for Mr. Scheer’s family and that Mr. Scheer should refund that money.

“I prefer to take this money to support a candidate in an election,” Mr. Dagenais said.

“There’s a long tradition in all parties of the parties supporting the leader in a variety of ways,” Ms. Finley said.

Conservative strategist Kory Teneycke, who recently launched an online campaign to oust Mr. Scheer, said that Mr. Scheer should not stay on as leader, even temporarily.

“He has got to step down,” Mr. Teneycke said “It was improper to use party money in that way. It was hidden and it wasn’t transparent and he should step down now because he knew that was wrong.”

Party leaders, including Prime Minister Justin Trudeau, rose to pay tribute to Mr. Scheer in the Commons following his resignation. 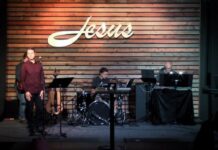 ‘We Simply Desire to Worship Our Lord’: Church Fined for Holding In-Person Worship