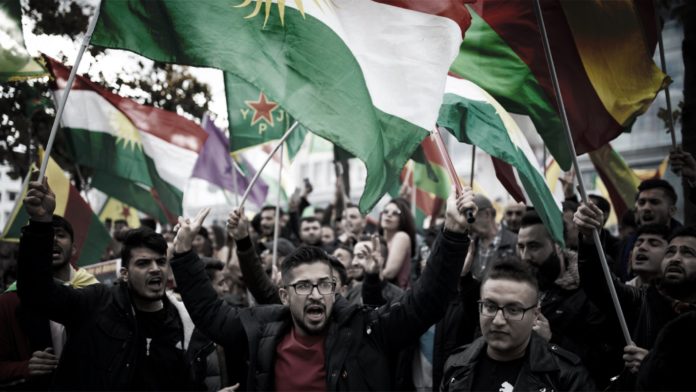 German authorities on Tuesday appealed to its Turkish and Kurdish communities to avoid echoing the Middle Eastern conflict, after clashes between the two groups over Ankara’s offensive in northeastern Syria.

Police said at least five people had been injured in fights between the two communities late on Monday.

“We have a responsibility to prevent the conflict in the region becoming a conflict in our society… in Germany,” integration commissioner Annette Widmann-Mauz told the Funke newspaper group.

“I expect all sides, especially migrant organizations and religious communities, to take responsibility and contribute to restraint.”

The commissioner advises the government on integration and serves as a point of contact for migrants and community organizations.

The clashes happened as around 350 people were marching through the western city of Herne on Monday against Turkey’s offensive in Kurdish-controlled areas of Syria, police said in a statement.

They were “provoked with hand signals” by people drinking at a nearby kiosk, the statement added.

“Some of them stormed into the kiosk, attacked two people inside and injured them” as well as breaking a window.

The demonstration continued and someone threw a bottle at the marchers from a Turkish-owned cafe as they passed.

“The reaction was very emotional and angry” as several participants again rushed into the cafe, breaking windows and furniture and injuring at least one person inside, as well as one of the police officers who intervened to stop the fighting.

Nevertheless, “the police were able to calm the situation” and the demonstration ended as planned when the marchers reached their destination in the center.

Among the five people hurt was the organizer of the march. He too was attacked when he tried to stop the violence.

Of the roughly three million people with Turkish nationality or roots living in Germany, around one million are Kurds.

Politicians regularly warn of tensions between the two communities, which have been stoked by Turkey’s offensive against Kurdish fighters inside Syria.

Separately in Berlin, local police said a man wearing a jacket with a Turkish flag was beaten by around 15 people, leaving him with a facial injury.

“According to the 30-year-old Turkish citizen, the men had assaulted him because of the jacket he was wearing, which had a Turkish national flag on it,” Berlin police said in a statement.

From last Wednesday, Turkish troops moved into the zone controlled by Kurdish militias, which had helped a Western-led coalition fight extremists of the ISIS but whom Ankara accuses of terrorism.

Germany, along with European allies such as France, has condemned the offensive and halted arms exports to Turkey.