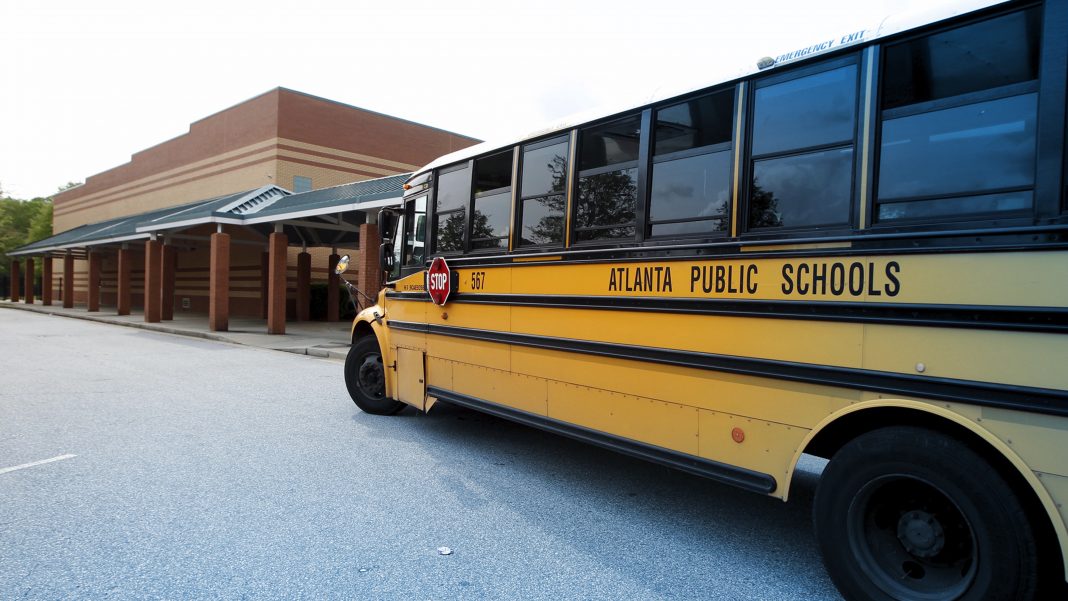 The principal of an Atlanta elementary school is the focus of a federal civil rights complaint after she was accused of segregating students in classes based on the color of their skin.

According to a complaint filed in late July with the U.S. Department of Education’s Office for Civil Rights, Sharyn Briscoe, the principal of Mary Lin Elementary School in Atlanta, Georgia, only allowed the school’s 13 black second-grade students to be assigned to two classes, whereas the white students were allowed to be assigned to any of the school’s six second-grade classes. The complaint was first reported over the weekend by Atlanta’s WSB-TV.

The complaint was filed by Kila Posey, the mother of two students at Mary Lin. Posey operates an after-school program at Mary Lin, and her husband is Mary Lin’s school psychologist.

In a sworn statement, Posey wrote that during the last school year, she and her husband were concerned about their daughter’s placement in a particular second-grade class. Because her husband is a school employee, they can request their daughter be placed in another class.

Posey told a WSB-TV reporter that she let Briscoe know that she wanted her daughter placed in a classroom of a specific teacher who she thought would be a good fit for her child. She said Briscoe told her that arrangement wouldn’t work.

“She said that’s not one of the black classes, and I immediately said, ‘What does that mean?’” Posey told WSB-TV. “I was confused. I asked for more clarification. I was like, ‘We have those in the school?’ And she proceeded to say, ‘Yes, I have decided that I’m going to place all of the black students in two classes.”

In her complaint, Posey wrote that Briscoe made the decision to segregate the black students without the knowledge or consent of the parents, and “unilaterally decided what was in the best interest of the black students.” In a recorded phone call, allegedly with the school’s assistant principal Mary Benton about how students are assigned to classes, Benton acknowledged it was Briscoe’s decision to assign black students to only two classes.

“I just wish we had more black kids, and then some of them are in a class because of the services that they need,” Benton said on the recording.

Posey wrote that Briscoe retaliated after she and her husband made it clear they didn’t approve of the segregated classes. “Briscoe requested several times that my husband be transferred from Mary Lin to another school,” Posey wrote, and “Briscoe unsuccessfully attempted to require my husband to move out of his office space at the school.”

Briscoe also requested that Posey’s company no longer provide after-school services for Mary Lin, according to the complaint. Another school has terminated its contract with Posey’s company. That school’s principal is a close friend of Briscoe’s, the complaint states.

Atlanta Public Schools told WSB-TV that its investigation into the matter has been completed and it has taken action. However, district leaders didn’t say what action they took.

“Atlanta public schools does not condone the assigning of students to classrooms based on race,” the district told the TV station in a prepared statement.

Attempts by National Review to reach Briscoe on the phone and via email were unsuccessful.

Posey, who is being represented by Atlanta attorney Sharese Shields, wrote in her complaint that Mary Lin’s entire leadership team should be removed.

“The administrators there have demonstrated poor professional judgement by instituting this discriminatory practice and subsequently engaging in retaliatory acts,” she wrote. “As such, they should not be trusted to make educational decisions for my child or any other children.”

Today, children are no longer taught that there is no difference between races. They are no longer told that we are all made in the image of God and were created equal, as the Bible explains (Genesis 1:27, Galatians 3:28).

Acts 17:26-27 KJV – “And hath made of one blood all nations of men for to dwell on all the face of the earth, and hath determined the times before appointed, and the bounds of their habitation; That they should seek the Lord, if haply they might feel after him, and find him, though he be not far from every one of us:”

Instead, teachers and schools have taken it upon themselves to teach children that their skin color determines whether they are inherently racist or a victim of racism.

This is more than problematic as it exacerbates divisions rather than unifies in the truth of God’s mutual love and creation. As many pastors and teachers have emphasized recently, what we are facing today is not a “skin” problem; this is a “sin” problem.