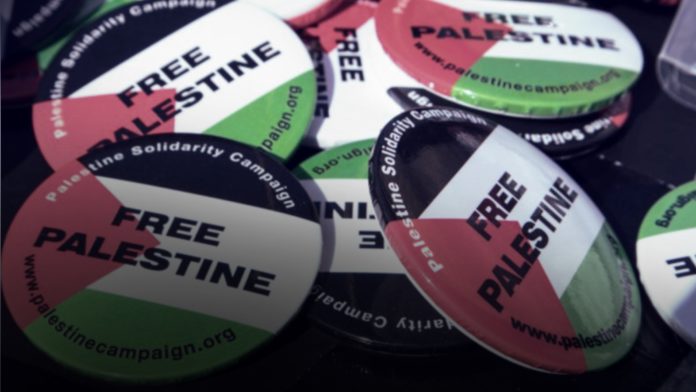 Members of the antisemitic National Students for Justice in Palestine (NSJP) movement are continuing to influence campuses in America; Columbia University & Harvard are two of the notable schools; Sharansky: All those who value both justice and academic freedom should be resistant to it.

Notable college campuses in America are being heavily influenced by the antisemitism of the National Students for Justice in Palestine (NSJP) organization. Both Columbia University, where former US President Barack Obama went, as well as Harvard, to name a couple, are reported to have facilitated or continue to facilitate events being held by this group.

In the wake of the upcoming national conference being held by the National Students for Justice in Palestine (NSJP) organization, the Institute for the Study of Global Antisemitism and Policy (ISGAP) has released a 96-page report that exposes the severe antisemitism of this group, referring to them as an “antisemitic force on campus”.

The report is titled “National Students for Justice in Palestine and the Promotion of Hate and Antisemitism on the University Campus: The Threat to Academic Freedom”. Chairman of the ISGAP Natan Sharansky would state, “For centuries, the most violent antisemitic attacks on Jews, including expulsions and pogroms, were rationalized by a need to bring justice to other groups…Today, the new antisemitism is brought to the world of academia under the pretext of justice for Palestinians.” He would further add, “All those who value both justice and academic freedom should be resistant to it.”

With regard for the upcoming conference this weekend, one co-author of the article stated, “Would university administrators permit the KKK to have a national conference on campus? They are really poisoning the atmosphere.”

One of the primary concerns of the ISGAP is the double-standard being held against Jews worldwide, and not just to individuals, but to the state of Israel as a whole.

The co-author of the article, Charles Asher Small, would later add, “NJSP cloaks itself in human rights, but it is really rooted in the most pernicious forms of hatred and ideology that we know… This should be a warning sign: What happens on campus will very soon affect our general society; we can see it beginning to happen.”

He would even reference Democratic Congresswoman IIhan Omar as an example of someone who uses the cover title of a “progressive”, but actually has ties to radical Islam, in making his point of what happens when ideology like this begins on college campuses and makes its way to society.