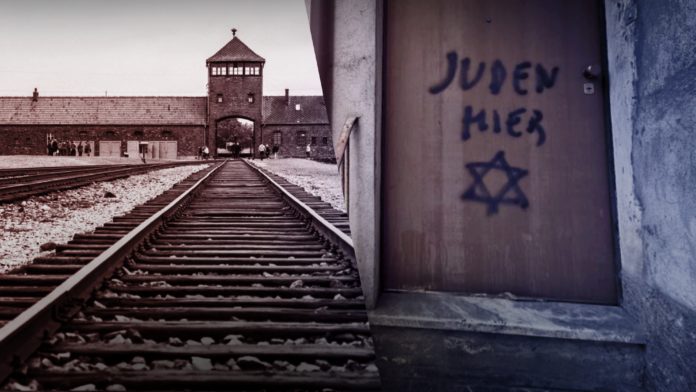 Anti-Semitic writing was scrawled overnight on the door of a now-deceased member of the Italian anti-Fascist resistance who survived a Nazi concentration camp, a family friend and historian wrote Friday on Facebook, according to The Associated Press reported.

“Juden Hier,” German for “’Jew Here,” with a Star of David was written in black paint on the door of the house in the Piedmont town of Mondovi, where Lidia Beccaria Rolfi lived until her death in 1996, according to the report.

Her son Aldo Rolfi, who lives there now, reported the offensive graffiti to police, the news agency LaPresse reported.

University of Turin historian Bruno Maida noted on Facebook that the writing appeared after a local newspaper printed an article by Aldo Rolfi remembering his mother. It was titled: ‘’The memory grows, but also anti-Semitism: The words of Lidia Rolfi anticipated today’s themes.’’

“Beyond the patent ignorance, Lidia was deported to Ravensbrueck for political reasons, this is one of the many signs that should make us raise our voices to remind everyone that to be anti-fascist is the first duty to memory that we have,” Maida wrote.

Beccaria Rolfi, who was born April 8, 1925 into a rural farm family in the northern Piedmont region, joined the anti-Nazi-Fascist resistance in December 1943, and was arrested four months later.

She was turned over to the Gestapo and deported on June 27, 1944 to Ravensbrueck, a concentration camp for women in northern Germany. She was liberated in May 1945.

She wrote about the horrors of her time in the concentration camp in a 1978 book entitled “The Women of Ravensbrueck,” which was translated into German and Spanish.

This past November, Liliana Segre, a survivor of the Auschwitz concentration camp, was placed under police protection after receiving numerous anti-Semitic threats.

Last April, a Jewish high school student was attacked in northern Italy, with the attackers yelling at him, “When we grow up, we will restart Auschwitz and all of you will burn in ovens, you Jews.”