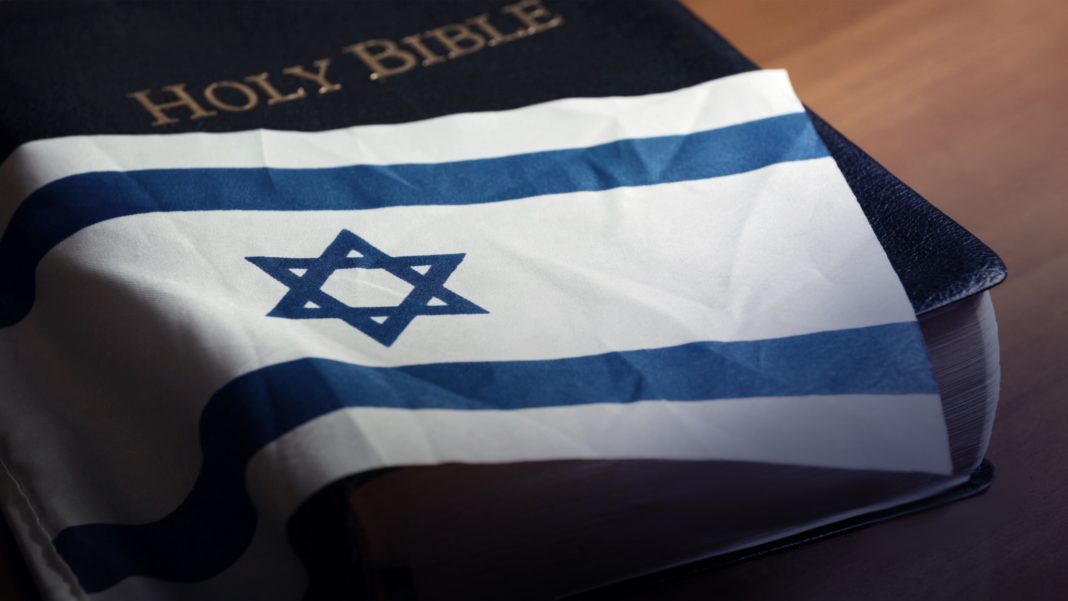 The article, titled Bedouins of Pope’s Hill fight eviction claimed the Bedouins had arrived at the location, Jabal al Baba (mountain of the Pope) before Israel became an independent state in 1948. The site is located between Jerusalem and the Dead Sea, adjacent to the city of Maaleh Adumim. The WCC article attributes the name of the site to it being given to Pope Paul VI during his visit to the Holy Land in 1964 and the location is, therefore, “Vatican property.”

“Community leader Atallah Jahalin explains that, after 1948, they had freedom to travel in the West Bank and they had an economy based on their livestock, but that after the 1967 war with the occupation of the West Bank, Israel ‘started building settlements and creating new roads around us, which put our families and livestock in danger of ramming incidents and we lost lives in these incidents’,” the WCC article wrote.

It should be noted that in 1948, Judea and Samaria were illegally occupied by Jordan, an occupation that was not recognized by any country other than Great Britain. It would, therefore, be illegal for any land to be gifted by Jordan. The Bedouin clans, the Jahalin and Sawahareh tribes, who occupy this strip of land originally lived in the Tel Arad area of the Negev but were resettled to the area by the Jordanian government. The Israeli government began planning to utilize the land immediately after the 1967 war.

Naomi Kahn, Director of the international division of Regavim, noted the deceptive aspect of this point:

“Who did the ‘giving?’,” Kahan asked rhetorically. “Obviously, Jordan – who were illegally occupying the area at the time, and who had no authority to “give” the Pope land that was not legally theirs. This is Israeli state land, as it was state land under the previous internationally recognized sovereign, the Ottoman Empire, and under the internationally-recognized authority of the British Mandate thereafter. Any and all construction at the site requires Israeli approval, not the Vatican’s blessing.”

“They are calling for a return to pre-1967 when Judea and Samaria, which had been designated for Israel, were illegally occupied by Jordan for 19 years in an occupation that nobody except the British recognized,” Kahan said. “This is the Euopean agenda; to erase Israel from the map.”

Maaleh Adumim, located 4.3 miles from Jerusalem, achieved city status in 1991 and has a population of over 38,000. Its Jewish roots go back to the Book of Joshua:

Joshua 15:7 KJV – “And the border went up toward Debir from the valley of Achor, and so northward, looking toward Gilgal, that is before the going up to Adummim, which is on the south side of the river: and the border passed toward the waters of Enshemesh, and the goings out thereof were at Enrogel”

NGO Monitor has written extensively about the WCC anti-Israel agenda. With an annual budget of almost $30 million, the WCC is succeeding in hurting Israel.  Formed as a collective of 347 churches, denominations and church fellowships in more than 110 countries and territories, WCC donors include Norway, Bread for the World (Germany), Christian Aid (UK), DanChurchAid (Denmark), Finn Church Aid (Finland), Norwegian Church Aid (Norway), ICCO (Netherlands), Kerk in Actie (Netherlands), UNICEF, as well as numerous other churches and church aid organizations. Though the WCC claims that it “is not a member of any alliance that is generally promoting a boycott or a member of the so-called ‘BDS-movement,’ and that “The WCC has never called for an economic boycott on the state of Israel,” it plays a key role in mobilizing churches worldwide to support international BDS campaigns against Israel.

The WCC is a central promoter of the Kairos Palestine document, which characterizes terrorist acts of “armed resistance” as “Palestinian legal resistance,” denies the Jewish historical connection to Israel in theological terms, calls to mobilize churches worldwide in the call for BDS, and compares Israel with the South African apartheid regime.

The WCC is also critical of Christian Zionism, claiming that “Christians who promote “Christian Zionism” distort the interpretation of the Word of God and the historic connection of Palestinians—Christians and Muslims—to the Holy Land, enable the manipulation of public opinion by Zionist lobbies, and damage intra-Christian relations.” In February 2021, Rev. Frank Chikane, moderator of the WCC’s Commission of the Churches on International Affairs (WCC-CCIA), participated in a zoom conference and portrayed Israel as “demons” and stating that “those who support Israel to brutalize Palestinians, [] the blood of the people of Palestine will be sought from them because they collaborate by allowing this system to continue.” In November 2020, WCC shared a statement by the Church of Norway referring to Christian Zionism as “theologically unacceptable and incompatible with human rights.”

At a 2015 conference in South Africa, Robert O. Smith, co-moderator of Palestine-Israel Ecumenical Forum (PIEF), a subsidiary of the WCC, argued that “Christian theology that support Zionism is heresy… Such Christian theology that support Zionism is a false teaching that must be confronted…It is essential that we all understand that the Israel of the bible, the ancient Israelites, are not linked in any substantive or material way to the contemporary modern State of Israel. The biblical narrative of Israel has almost nothing to do with contemporary Israel other than the intentional manipulation of sacred texts to justify a political project”

In June 2017, the WCC published and circulated a letter by the National Coalition of Christian Organizations in Palestine that called on the UK to apologize for the Balfour Declaration, labeled Israel a “colonial state,” and portrayed Palestinians as the true victims of the Holocaust.

Robbie Robertson, in an article exclusively published to Harbingers Daily, explained the delusion of anti-Israel “Christians”:

Now, the Jews are back in their land, but not without hardship, trials, and tribulations. There is an irrational hatred for the Jewish people, in every case, it is nonsensical, but even more so when it is perpetrated by those who call themselves Christians.

For we as Christians to say we believe that Jesus the Christ is the son of the living God who walked this earth some 2000 years ago and then to hate or to dislike the Jews is not only un-understandable but unacceptable. To do so, we would have to deny history, God’s Everlasting Covenant, His future plan for the Children of Israel, and Jesus Christ Himself (who is Jewish).

Look at the scale of anti-Semitism in Europe, and even so across the world. The Democrats within the United States couldn’t wait for Trump to be out of office in order to break all ties with Israel!

You then should seriously reconsider your Christian status, for Israel is the “apple of His eye” (Zechariah 2:8).

I think it is because many Christians are giving way to delusion. By rejecting the Jews and their land, we are rejecting Jesus Christ, our Lord, and Saviour as well.