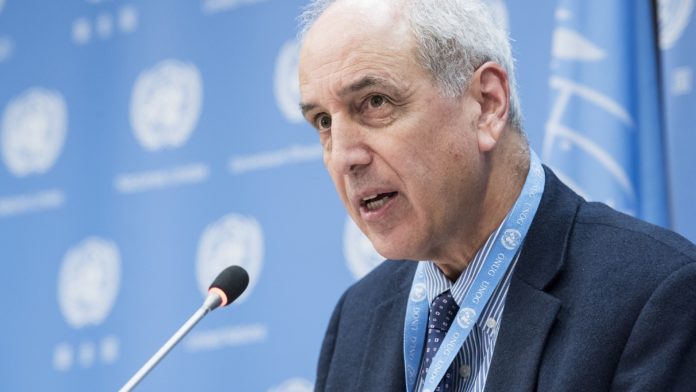 Rapporteur for the United Nations demands a boycott on all products coming from Israeli ‘settlements’; Lynk: This occupation will not die of old age.

In a very unsurprising move, a special rapporteur for the United Nations, Michael Lynk, has demanded that a boycott be instituted targeting products that are being made in Israeli ‘settlements’. Lynk made this demand before the office of the High Commissioner for Human Rights.

The United Nations and the decisions they make, especially in regards to Israel, have been suspect at best for quite some time. Speaking of Human Rights, the UN just elected Libya & Venezuela to serve on their council-this tells you everything you need to know regarding the UN. They condemn what suits their agenda while turning a blind eye to actual atrocities and injustices all over the world.

What Lynk is doing follows is no different. He stated, “This occupation will not die of old age… Israel has rightly assessed that the international community – particularly the Western industrial nations – has lacked the political will to compel a complete end to the occupation. As a result, Israel has rarely faced meaningful consequences for its defiant behavior,”. Even worse, he added, “This 52-year-old occupation – the longest in the modern world – has been characterized by a strong sense of impunity by the occupying power.”

It doesn’t take long to realize his bias, and just like the UN, he is turning a blind eye to the violence of the Palestinian regime. By his logic, the violence being instigated by the Gazan’s at the border doesn’t need to be justified because it’s the alleged oppression of the Jewish people that is responsible.

Perhaps Mr. Lynk should remember that Israel willingly gave this land over to the Palestinians in 2005.

Behold Israel - October 20, 2020
Israeli officials believe that the Iranian terror proxy, Hamas, is responsible for the tunnel, which the IDF is in the process of destroying.

First of Many Maritime Cargo Shipments from UAE Arrives at Haifa...

Iranian-Sponsored Attacks on Bahrain Expected to Increase Amid New Relationship with...