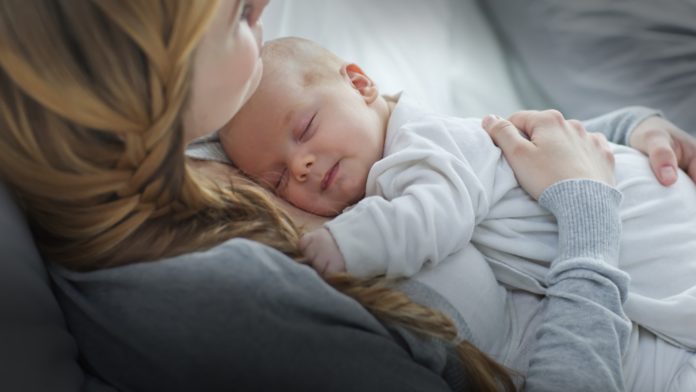 The war on motherhood continues. Feminists at the United Nations decried one of the most cherished aspects of being a woman as a “penalty” that keeps them from achieving their potential.

In a tweet posted on Christmas Eve, the verified U.N. Women Twitter account published a picture of a fake “violation” related to motherhood, saying, “Not every woman can afford the penalty #WomensProgress2019 #FamiliesOfToday.”

The words “Motherhood penalty” appear in big, bold letters at the top of the photo. Below that an “Issue No.” appears, followed by the name of the “officer” (P. Atriarchy, because of course). Following that, the “Date” and “Time” for the ticket says “Beginning of Time.”

The “violation” is listed as “being a mother.” Next to that, a list of “penalties” allegedly incurred. Here’s the list:

Forget for a moment that most women find motherhood to be a blessing and a joy, and remember that the alleged penalties listed by the U.N. relate to the choices women make once they become mothers.

For example, most mothers wouldn’t count caring for their children as a penalty, yet the U.N. does. Reduced employment comes from women choosing to leave the workforce to care for their children full-time instead. Men tend to take on more work in order to support the family so that women can be with the children.

Limited maternity benefits, if we’re talking about employer-provided benefits, is an actual issue. Women need time to recover after giving birth, and employers should see the benefits that come from motherhood.

Gender-based occupational segregation likely refers to women gravitating toward certain jobs. This is not a problem. Women are better at some jobs and men are better at others. So what if women end up taking careers that allow them the flexibility to spend time with their children? That makes them smarter. Life is not all about work.

It’s funny, the Left complains about capitalism and the wealthy, yet they are the ones who reduce people to how much money they make.

Speaking of earnings, no list that tries to paint women as natural-born victims would be complete without mentioning the gender wage gap. As I’ve written too many times to count, the wage gap is a myth. It is actually an earnings gap due to the different choices men and women make in their careers. Countries with more freedom tend to have larger wage gaps because, gasp, when people are allowed to make their own choices, they will choose what works best for them, not for gender studies majors.

Women do not suddenly see their salaries slashed when they become mothers, nor do fathers get raises. Instead, women tend to choose to work fewer hours – leading to lower earnings – while men tend to work more after becoming a father.

There is no motherhood penalty. There are tradeoffs, sure, but the way the U.N. is portraying motherhood is not only wrong, but cruel.