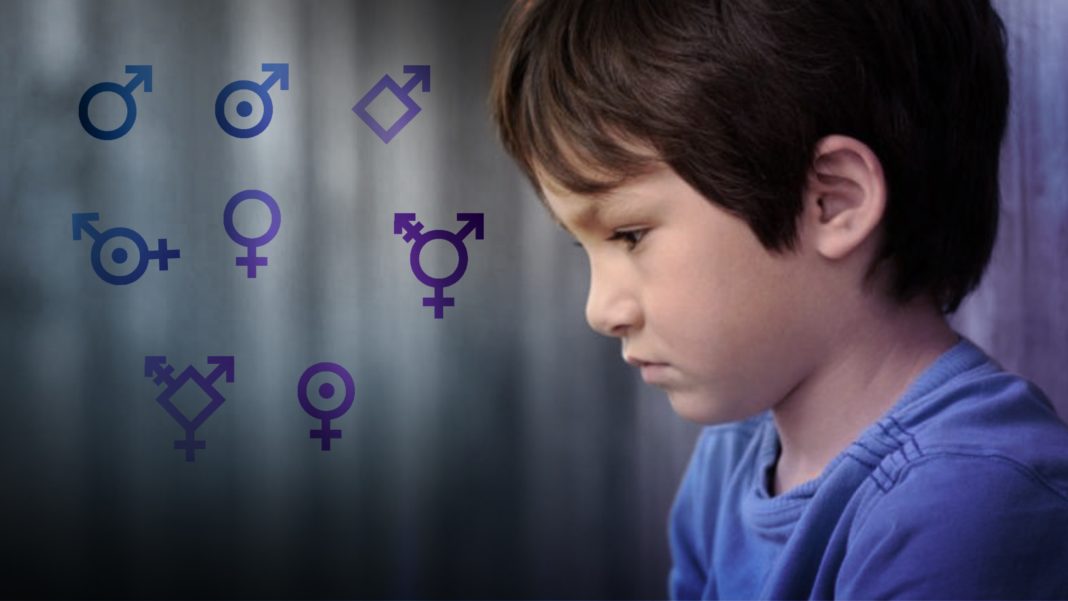 Detransitioner Keira Bell, 23, appeared at London’s Royal Courts of Justice this week in a bid to prevent other young people in Britain from being sent “down the wrong path” by the state health service.

Prescribed puberty blockers by the Gender Identity Development Service (GIDS) as a teenager, the Manchester resident has been left with a male-sounding voice, body hair, a beard, no breasts, and unsure whether she will ever be able to have children.

Lawyers for Bell say that children undergoing puberty are “not capable of properly understanding the nature and effects of hormone blockers”, the use of which they said lacks “any adequate evidence base” to support its use for gender dysphoria.

“There is evidence that hormone blockers can have significant side-effects, including loss of fertility and sexual function and decreased bone density,” said Jeremy Hyam QC, adding that the notion a child could give informed consent to such treatment is “just not credible” and “simply a fairy tale”.

“Nobody could sensibly think that a child of 13 or under who cannot in law give valid consent to sexual acts could possibly give informed consent to treatment of dubious benefits,” he argued, noting that the vast majority of children who take puberty blockers move on to “cross-sex hormones”.

“An age-appropriate discussion about the loss of orgasm or about the amount of penile tissue needed to create a neo-vagina can’t be had with a 12- or 13-year-old,” Hyam said, highlighting some of the long-term issues faced by people who decide to “transition”.

Up until June, NHS guidance claimed that puberty blockers “are considered to be fully reversible, so treatment can usually be stopped at any time”.

It has since been updated, with the health service now conceding that “little is known about the long-term side effects of hormone or puberty blockers in children with gender dysphoria”.

The lawyer for the Tavistock and Portman NHS Trust which operates GIDS described the argument that children could not consent to sex change treatment as “a radical proposition”, asserting that Bell and her lawyers wish to “impose a blanket exclusion” on children’s ability to consent to medical treatments, the BBC reports.

Fenella Morris QC stressed that the majority of 161 children referred by GIDS for puberty blockers last year were over the age of 12.

Of young people referred for the so-called treatment in 2019-20, half were under 16, a quarter under 14, and three were only 10-years-old, according to The Times, which noted other possible side effects of the medication include sending females into menopause, the destruction of sexual function and future fertility, and reduced cognitive function and height.

While acknowledging that discussions with young children about the option to take puberty blockers required “imagination” due to their “potentially limited” life experience, Morris argued that young people were able to consent to taking the drugs.

Transgender activists and liberal-run UK charities have been furious over Bell’s case making it to court, with Pink News and others linking her case to Christianity and abortion in a bid to discredit it.

The United Kingdom’s largest children’s charities, Barnardo’s, the NSPCC, the National Children’s Bureau, and the Church of England-allied Children’s Society, responded to the case by expressing their “support” for and “solidarity” with “children and young people who are trans, non-binary, gender non-conforming, or exploring their gender identity”.

“On matters of health treatment all children have the right to be listened to independently and have their wishes taken seriously — this includes children and young people who identify as trans and who may be undergoing hormone treatment therapy,” the organisations said in a joint statement.

Breitbart London previously reported how Bell felt she was “rushed” into the medical gender transition process after only “roughly three” short sessions, and with “no real investigation” into any other underlying mental health problems or emotional issues she could have been facing.

“I wanted to go onto the medical pathway as soon as possible, I was very eager and I was very reluctant about speaking to anyone who would possibly get in the way of that,” she admitted.

Only afterward did Bell come to the conclusion she had not been “born in the wrong body” and instead she realized that the gender dysphoria she faced had just been a “temporary, superficial fix for a very complex identity issue”.

In his article “Britain Now Says Puberty Blocker Risks ‘Unknown’“ Ken Ham explains that our culture will continue to “wage war on biology and Biblical truth as the LGBT agenda marches on”:

Despite the risks, many families and children will still go ahead and take these puberty blockers to delay what their body would otherwise do naturally. How should we understand this within the lens of a biblical worldview?

Well, from the Bible we know that God cares what we do with our bodies (1 Corinthians 6:19–20). He made us in his image (Genesis 1:27) and skillfully wrought us together (Psalm 139:13–14). And he made us either male or female (Genesis 1:27). Our bodies are not our own to do whatever we please; instead, they ultimately belong to our Creator, and we are to honor him with our bodies.

Do some people, including children, genuinely struggle with gender dysphoria and other issues? Sadly, in a fallen world, yes, they do. But the answer is not found in risky drugs, body-mutilating surgery, or a change of name and pronouns. The answer is found in having an identity that is rooted in Christ and his design of us as male and female.

Our culture will continue to wage war on biology and biblical truth as the LGBT agenda marches on. But as Christians we must stand against this tide of secularism, pointing broken, hurting people to the truth that brings freedom: we are created by God, male and female, in his image, and our identity and value are not in our physical body—our value is in our identity as children of God if we will repent and believe.