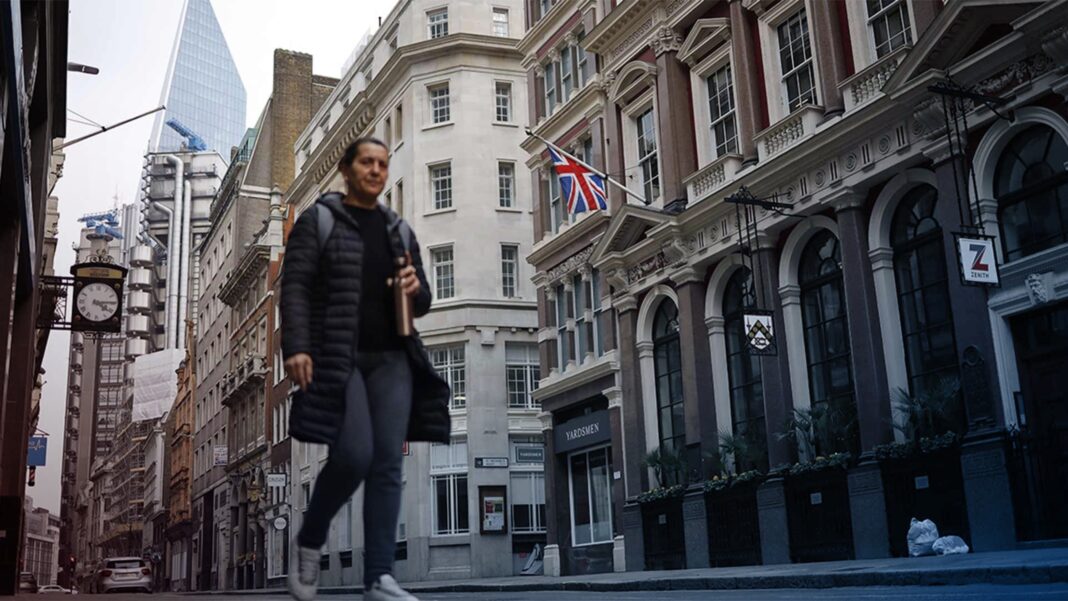 The British government will not mandate vaccine passports for nightclubs, cinemas, and other large public venues in England after all, Health Secretary Sajid Javid announced on Sunday.

Prime Minister Boris Johnson’s government has backtracked on controversial plans to introduce vaccine passports domestically and is set to end draconian emergency powers given to the state under the Coronavirus Act, in a major concession to anti-lockdown factions within the Conservative Party.

Appearing on the BBC’s Andrew Marr programme on Sunday, Health Secretary Sajid Javid said in reference to vaccine passports: “I’m pleased to say we will not be going ahead with plans.”

“We shouldn’t be doing things for the sake of it,” Javid added.

The Health Secretary also said that while he currently cannot make any firm commitments, he does not expect another lockdown to be imposed on the country, saying: “I’m not anticipating any more lockdowns… I just don’t see how we get to another lockdown”.

The move represents a stark U-turn from the government, with Prime Minister Boris Johnson declaring in July that “By the end of September, when all over-18s will have had their chance to be doubled-jabbed, we’re planning to make full vaccination the condition for entry to nightclubs and other venues where large crowds gather. Proof of a negative test will no longer be enough.”

Mr Johnson will lay out coronavirus plans for the winter on Tuesday, in which he will reportedly announce the scaling back of the government’s coronavirus powers.

In what is one of the first major concessions to the more libertarian wing of the Conservative Party, the Prime Minister is also set to rescind Coronavirus Act powers including the ability of law enforcement to indefinitely detain potentially infected citizens as well as the ability to shut down sectors of the economy or place limitations on protests and other public gatherings.

Rather than introducing vaccine passports, the government will instead focus on its booster vaccination program after Johnson’s scientific advisors informed him that the jabs should be enough to prevent another deadly winter wave of the Chinese coronavirus, The Times reported.

A senior government source told the paper: “Vaccines are the first line of defence. We have listened to MPs on certification. We don’t see the need for it so we will hold it in reserve. Only if things get much worse would we look at masks or a return to working from home.”

It is expected that booster shots will begin to be rolled out this autumn, with the elderly and vulnerable to be given preferential access.

The announcement will, however, include the confirmation of the beginning of vaccinations for children between the ages of 12 to 15-years-old by September 22nd. The child vaccination program will reportedly include a provision for parental consent, despite mixed messages from ministers on the matter.

The government will also reserve the right to re-introduce mask-wearing mandates or stay-at-home work orders should hospitalizations spiral out of control in the colder months.

The move comes amid increased backlash within the House of Commons against the idea of vaccine passports, with a total of 82 MPs — including 44 from Johnson’s party — signing a pledge from the civil liberties campaign group Big Brother Watch to vote against the scheme.

The government will also reportedly remove self-isolation requirements for travellers who visit countries with a similar coronavirus rate to the United Kingdom.

It is unclear whether the move is a result of increased civil unrest across Europe regarding the loss of basic liberties through vaccine passports.

Many of the protesters held French flags and signs which read “Our freedoms are dying.” The citizens in attendance at these peaceful protests have also called for the resignation of French President Emmanuel Marcon.

The streets of France were flooded for the ninth straight week with protesters against President Emmanuel Macron’s vaccine passport scheme, with an estimated 121,000 demonstrators marching throughout the country, including about 19,000 in Paris.

France is one of many nations that have attempted to force its population to receive the Coronavirus vaccine through the limitation of basic freedoms. Many governments across the globe are denying the unvaccinated access to select public spaces, jobs, businesses, and the ability to freely travel. Meanwhile, other nations have pressured businesses to do their dirty work to avoid direct mandates which have caused civil unrest.

This development in the UK comes as US President Joe Biden this week announced new vaccine mandates, which are expected to affect about 100 million Americans. Biden insisted that such mandates are “not an issue of freedom or personal choice,” and reiterated that what America is facing is a “pandemic of the unvaccinated.”

The US Surgeon General, Dr. Vivek Murthy, also announced that the Biden Administration will be “monitoring” those who opt to use vaccine exemptions. This will be done, according to Murthy, to make sure Americans are not abusing the exemptions.

In Canada, more and more provinces have moved to instate the controversial passports. The mandates have sparked widespread protests across the country, which is in the midst of a federal election.

Many of the protesters were seen holding signs for the “Peoples Party of Canada” whose leader, Maxime Bernier, is the only candidate for Prime Minister that opposes vaccine mantes. It is important to note that although Bernier’s widening support is clear, the Liberal government-funded Canadian media has continued to ignore the candidate and deny him the opportunity to take part in the election debates.

To understand why governments globally are so animate on enforcing such mandates, one needs to look no further than what the Bible states about future events before the return of Christ.

That’s what this is all about, folks. Mask wearing will continue, and if you don’t want to obey Government regulations, there will be consequences. If you want your freedoms back, you better make sure you obey.