Canadian Prime Minister Justin Trudeau’s U.N. ambassador Marc-André Blanchard bragged on Saturday about voting on a North Korea-sponsored resolution against Israel last week, stating in a tweet that:  “Canada found its voice”. The ambassador featured an article on the vote from the Quebec-based publication La Presse.

The vote, which has been unprecedented in Ottowa for 14 years was a resolution on the “right of the Palestinian people to self-determination”.

UN Watch spokesman, Hillel Neuer blasted Blanchard tweeting: “No, Mr. Ambassador,” responded Hillel Neuer, the Canadian-born human rights lawyer who heads the non-governmental organization UN Watch, “when you voted on behalf of our country for an anti-Israeli UN resolution sponsored by NORTH KOREA and other dictatorships, you didn’t find Canada’s voice. You joined the jackals in order to win their votes in your campaign for a Security Council seat.”

Neuer backed up his assertion that the anti-Israel decision does not necessarily represent “Canada’s voice” with a petition against Blanchard’s decision that already garnered over 10,000 signatories. 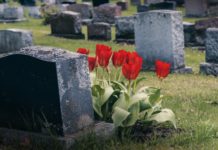 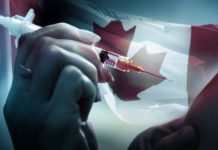