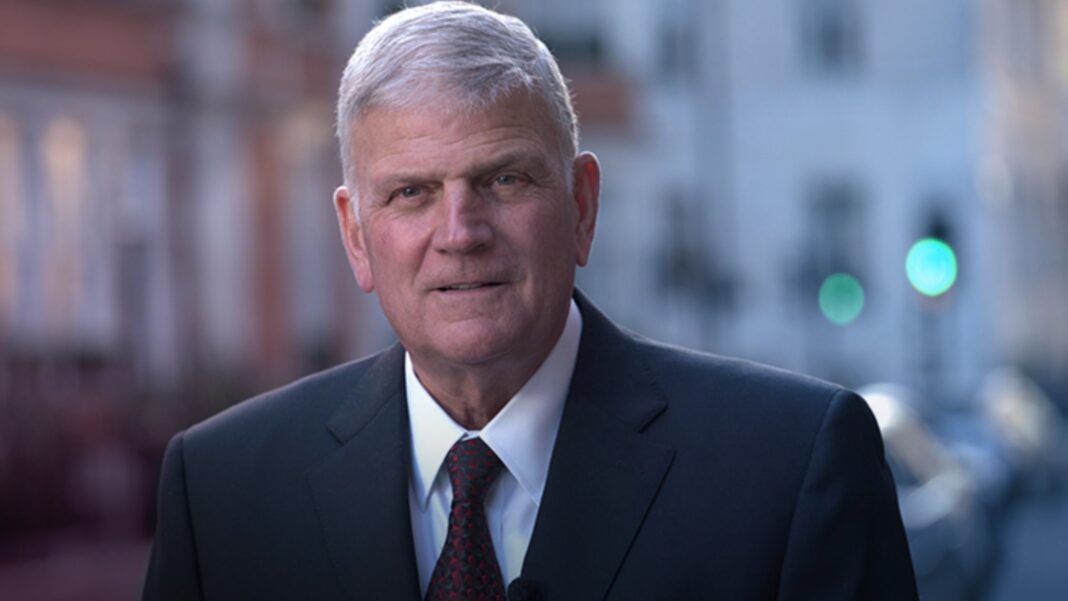 Madness is sweeping across our country.

I am referring to the ever-widening spread of what has been dubbed cancel culture, the suppression and intolerance of people whose viewpoints differ from what our godless society has deemed fitting and appropriate.

Not surprisingly, the overwhelmingly left-wing cancel culture has aimed its most vicious verbal darts squarely at Christians who hold a Biblical worldview founded on the authority of God’s uncompromising Word.

Let me give you just a few examples, though there are many.

In the city of Boston, a Chick-fil-A food truck serving the campus of Boston University has been targeted by editors of the student newspaper who are offended by what they say is the company’s “deep-seated homophobia.” What that means is that the company, founded on Christian principles by Truett Cathy and now run by my friend Dan Cathy, has been attacked simply because Cathy has affirmed the sanctity of marriage between a man and a woman. Chick-fil-A’s charitable giving program, which in the past has donated to Christian organizations such as the Fellowship of Christian Athletes and the Salvation Army, also came under fire for their “discriminatory and homophobic practices.”

It’s no coincidence that a number of college campuses have banned Chick-fil-A because school leaders disagree with the corporation’s deeply held Biblical values. At Rider University, a private school in New Jersey, school administrators excluded the restaurant from campus, and a Christian who served as a dean at Rider and voiced support for Biblical values resigned because she said the school was not tolerant of her beliefs. This is the cancel culture at work.

In the U.K., a doctor who had served three decades as a medical assessor recently lost his government job because he believes that gender is determined before birth. Dr. David Mackereth was fired by the Department for Works and Pensions because he refused to use a transgender pronoun to describe a bearded man. “The Bible teaches us that God made humans male or female,” the doctor said. But a judge at an employment tribunal in England ruled that the doctor’s religious beliefs were “incompatible with human dignity.”

The threat of the cancel culture has gotten worse as social media giants like Twitter and Facebook have started censoring free speech and banning some users from their platforms. Recently, they shut down former President Donald Trump, and they have also targeted numerous private and public individuals, many of whom simply espouse traditional moral values.

Just a few weeks ago, Lifetime TV canceled “Truths That Transform,” the program of D. James Kennedy Ministries. Lifetime TV had demanded that the ministry eliminate “controversial” topics from the program, which would have meant eliminating programs that addressed issues like abortion. The ministry refused to do that, so the program was canceled.

Even our country’s treasured and storied history is not safe. The San Francisco Board of Education in January issued an edict asking that the names of some of our nation’s greatest presidents—Washington, Jefferson and Lincoln—be removed from all of their schools. Can you imagine!

Last year, the Billy Graham Evangelistic Association scheduled an evangelistic tour across Great Britain, only to be literally canceled as a result of pressure on the venues by groups with a bias against Christians who hold traditional, historical Biblical views and believe in the exclusivity of Jesus Christ as Savior.

Here we were, seeking to tell people how they can have peace with God through repentance and faith, yet these groups sought to shut down our events because they disagree with what the Bible teaches.

Try as they might, however, we know that the Gospel of the Lord Jesus can’t be stopped.

Jesus said that He would build His church and that the “gates of hell shall not prevail against it” (Matthew 16:18). As Paul spent his final days in a Roman prison, he wrote his final letter to his young disciple, Timothy. Despite being incarcerated by the Romans, Paul called himself the Lord’s prisoner (see 2 Timothy 1:8) and assured him that “the Word of God is not bound!” (2 Timothy 2:9).

Jesus said after His resurrection that “all authority in heaven and on earth” had been given to Him (Matthew 28:18), and Paul wrote that the Gospel is “the power of God for salvation to everyone who believes” (Romans 1:16). It’s power that is irresistible, unstoppable and undeniable—despite what our culture thinks. This power will culminate one day soon when Christ returns at His Second Coming to establish a New Heaven and a New Earth.

In fact, the greater the hostility toward and opposition to the Gospel, the greater the growth of the church and the sanctification of God’s people. It’s always been that way, and always will be.

For the first 300 years after Christ’s earthly ministry, Christianity grew in soil that was wet with the blood of martyrs. Throughout the Roman Empire, Christians were treated with disdain, and in many cases they were persecuted unto death. But no amount of hostility, threats or torture could stop the Gospel of the Risen Savior.

Brutal atheistic, communist regimes in Eastern Europe and China that oppressed and sought to ban the influence of the church not only did not succeed, but witnessed unparalleled growth of the Body of Christ.

I have no doubt that cancel culture, which is empowered and animated by a worldview that is antithetical to the Christian faith, will only intensify as godless ideologies such as that of the progressive, radical left gain sway in seats of power and influence. The media, especially social media, will be further emboldened to suppress the voices of Biblical morality that threaten the immoral cultural narrative.

Believers should never be caught off guard by the culture around us—the culture of a world system behind which lies the evil one. “Beloved, do not think it strange concerning the fiery trial which is to try you, as though some strange thing happened to you … If you are reproached for the name of Christ, blessed are you, for the Spirit of glory and of God rests upon you” (1 Peter 4:12, 14, NKJV).

The omnipotent, eternal, majestic voice of Almighty God can never be canceled. The voice of the church, the blood-bought bride of the Lamb of God who sits on Heaven’s throne, can never be silenced. Our message as His followers should always be to be ready to speak the truth of God’s Word, but to do so in love and with respect, “always being prepared to make a defense to anyone who asks you for a reason for the hope that is in you” (1 Peter 3:15).

And remember, for those who repent and trust Christ for the forgiveness of sin, all your sins—past, present and future—were canceled at the cross (see Colossians 2:14).

And one day soon—very soon, I believe—Jesus will return in glory and splendor and cancel all opposition to His rule and authority.

May He come quickly.