What We Can See & The Unsaved World Cannot 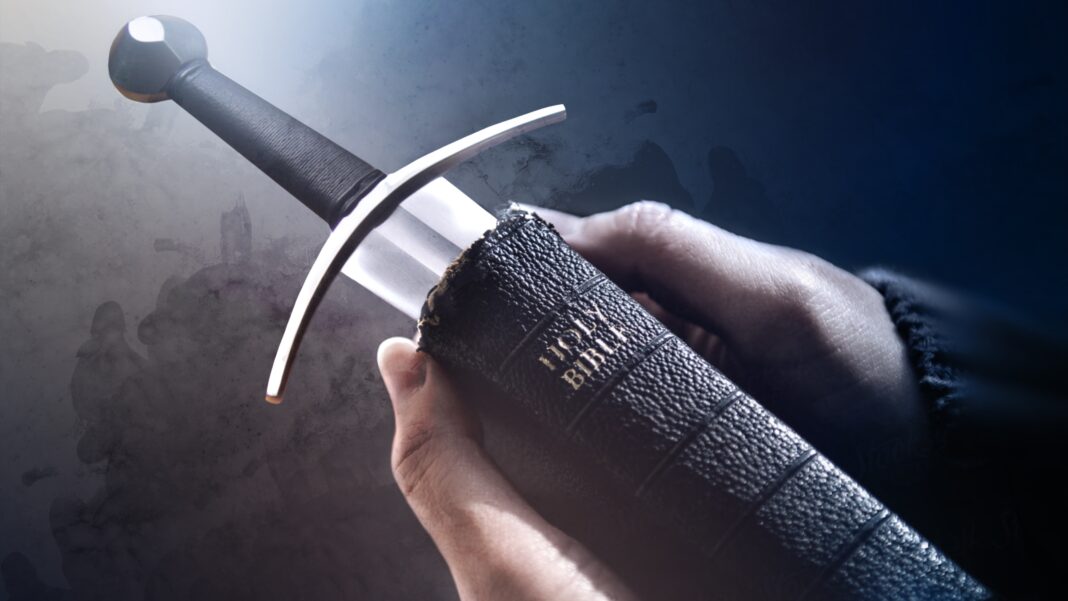 The nation and the world are rushing with unbelievable speed into global godlessness. All the while, only a few seem to recognize the end-times rage. It’s as if there’s a supernaturally imposed blindness that has the scales of satanic deception veiling the eyes even of those who genuinely know Jesus Christ as Savior and Lord (the Church).

Those who read [Terry James Prophecy Line] are well aware of things going on for the most part, and it’s not from watching mainstream news. Those sources generally paint a picture of complete control over any potential dangers that exist somewhere in the future.

We in America, according to the fawning media, now have the near-perfect administration and governmental agglomeration within the legislative and judicial branches—that is, since the previous, much-hated president and his party associates have lost the White House and majority congressional control.

The media, which helped bring this about—through questionable electoral machinations—now turn their attention away from careful scrutiny of every detail involving Trump. They’ve turned instead to, for the most part, approval, even laudation, of every move of this new government.

They carefully avoid questioning the president on the rare occasions he’s seen in public. They say nothing about the almost nonexistence of his public availability. There is no criticism of his refusal to personally conduct press conferences.

His record-setting number of executive orders meets with absolutely no questioning by an observably unconcerned mainstream press. They seem instead to ask trivial questions of White House Press Secretary Jen Psaki, throwing “softballs” for her, as it is said.

When Mr. Biden is asked questions, about as hard as they get are queries like: “What does it feel like being president now after being an occasional guest in the Oval Office as vice president all those years?” And the forces now in charge continue to bring this once-great republic ever closer to something that would have been unrecognizable by the founding fathers. For that matter, it’s now already unrecognizable in many ways by someone of my generation.

There is little chance that this obfuscation of and dearth of truth will change. Alternate sources of news that would tell things as they really are continue to be systematically shut down. We watch almost hourly while websites dedicated to getting real news to the public are demonetized and even deplatformed for the most trivial reasons. And the media tyrants doing the shutting down won’t answer the whys of such shutdowns. They consider themselves above the fray. The reason for their arrogant assurance of their ability to act in such tyrannical ways is that the new governmental “watchdogs” are in cahoots with them in wishing to suppress any and all pushback or resistance to their agenda.

And that agenda is proceeding at a phenomenal pace. Some wonder if there will not be total socialism—even communist-style, governmental tyranny—in our nation by the end of 2021.

The assault on First Amendment rights (free speech) and plans to assault Second Amendment rights (the right to bear arms) are but two attacks on American citizenry. The war against American liberty coalesces from somewhere that can’t be determined by those without spiritual knowledge. Those assaults are formed by the powers and principalities in high places of wickedness we read about in Ephesians 6:12.

And this is why it is imperative that the pastors in the pulpits of America make their born-again flocks know what we face. The times are getting dark and are destined, according to Bible prophecy, to grow much, much darker.

There is no revival on a massive national or world scale prophesied to occur at the end of the Church Age. The Apostle Paul wrote that “evil men and seducers will grow ever worse, deceiving and being deceived.” The Lord Himself foretold that deception and wickedness would be signs of His return to earth to put an end to the incorrigible rebellion of earth dwellers.

The Bible prophesies that the times will be like they were during the days of Sodom and Gomorrah. Can there be any doubt we’re already at that point?

I was told before going on a radio program in Canada just last week that I couldn’t mention anything about LGBTQ or transsexual matters, or anything to do with such abominations. The station would be fined and punished—possibly taken off the air permanently—if those matters were addressed.

It might just be mere months, I sense, before such regulations will be instituted in our “land of the free.”

The reason pastors and teachers in the truth-bearing, true Christian churches should alert the people in their pews of these things is that they will soon hear it nowhere else. Younger people, who’ve been educated to believe the lies about America’s Judeo-Christian founding, may soon have no chance as they surf their ever-speech-suppressing social media. Soon the light would be quenched, even in the true, Bible-believing churches, if not for one thing.

“The gates of hell will not prevail” against His Church, the Lord Jesus has promised.

As we observe the gathering darkness, we know that the Tribulation—that last seven years of hell on earth when Satan’s evil will permeate this dying, decaying, world—approaches. Therefore, the light resident within the Church will be removed by Christ Himself, as He calls His Bride to Himself and out of harm’s way (Revelation 3:10).

So, in looking at all the evil gathering—which we can see, but the unsaved world cannot—that moment of rescue must be very near indeed.

It is incumbent upon each of us who follow Jesus as Lord to hold up before the world as much light of the gospel as possible when we have the chance.

Soon, perhaps today, we will suddenly and gloriously stand in some splendid, eternal setting. We will look into the omnipotent, omniscient, eyes of our Lord, who died and was raised again so that we might be saved from the wrath that will then begin pouring out upon the left-behind world of rebels. We will then be taken to our homes He has been personally constructing for more than two thousand years. What magnificent dwelling places those must be!

Let not your heart be troubled: ye believe in God, believe also in me.