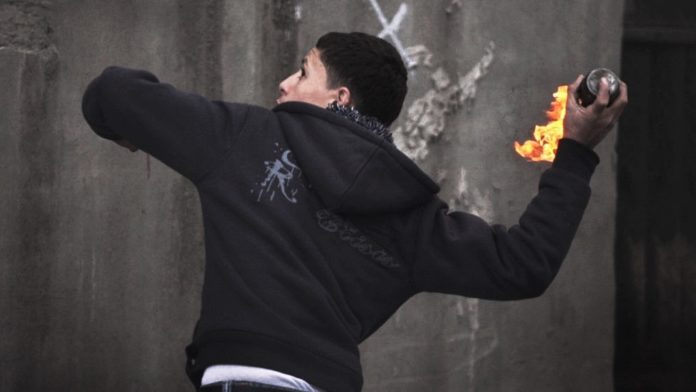 Psalm 7:16-17 KJV – “His mischief shall return upon his own head, and his violent dealing shall come down upon his own pate. I will praise the Lord according to his righteousness: and will sing praise to the name of the Lord most high.”

An Arab Terrorist tried to throw a molotov cocktail at Israeli worshippers in Shechem (Nablus) on Tuesday. However, the firebomb spontaneously exploded in the perpetrator’s hands causing third-degree burns. According to reports, the terrorist is in critical condition in a Nablus Hospital.

This event could be what was meant in the book of Psalms which says:

Jewish Israelis who pray at Joseph’s tomb must do so in the middle of the night, with express written permission and under heavy protection of the IDF, despite the fact that according to the Oslo Accords, Jews are supposed to enjoy complete freedom of worship at the site.

Joseph’s Tomb was also the scene of the famous incident involving Druze border policeman Mahdat Yousuf in 2000. In October of that year, Yousef was shot by Fatah terrorists and therefore in desperate need of a medical evacuation. Interestingly, the officer who insisted on negotiating with the Palestinian Police who refused to cooperate was Netanyahu rival Benny Gantz. The IDF’s apparent refusal to do whatever it took to extract the injured Yousef from the site is what caused him to literally bleed out to death for hours following his abandonment.

In 2015, the site was set ablaze, also by Arab terrorists with firebombs. And despite the fact that the tomb itself miraculously remained unscathed, the women’s section of the prayer hall suffered heavy damage. When that happened, Knesset Member Tzippi Hotovely (Likud) said in a statement: “It only showed that their only goal to harm places which are holy to Jews, which teach our thousands year old connection to that place”

Isaiah 54:17 KJV – “No weapon that is formed against thee shall prosper; and every tongue that shall rise against thee in judgment thou shalt condemn. This is the heritage of the servants of the Lord , and their righteousness is of me, saith the Lord.”