On Monday, the city council of Spokane, Washington, passed an ordinance permitting police to cite pro-life protesters who have been singing and praying outside a Spokane Planned Parenthood for violating noise restrictions.

Kinnear previously had asked the police to intervene to stop the pro-lifers, but also bizarrely claimed the ordinance had nothing to do with abortion, but was about protecting access to all healthcare facilities (again we ask, were a lot of people protesting outside a dental surgeon’s office? We think not). Councilwoman Karen Stratton said that “noise is a weapon, words is a weapon,” in case you still had any doubts that the Spokane City Council missed their First Amendment lessons in grade school.

Karlie Lodjic, the Washington Regional Coordinator for SFLA, said bitingly, “This ordinance directly targets pro-lifers in Spokane. We know that this is about one thing; making it harder for people to hear the truth about abortion and what happens inside abortion facilities every day. As Millennials and Gen Z continue to be more pro-life than generations before them, pro-choice politicians are looking to weaponize the law against pro-lifers. This is a clear and direct assault on the First Amendment.”

The Spokesman-Review reported that Stratton stated, “All we’re asking is that you keep the noise down to a reasonable level. Councilwoman Kate Burke added, “It’s not about religion, it’s not about freedom of speech, it’s about health care and access to the clinic.”

The Spokesman-Review continued, “Planned Parenthood has said the demonstrations can be heard through its walls and interfere with the services it provides to patients, which include abortion but also STD and cancer screening, pregnancy testing and birth control. Members of the Church of Planned Parenthood believe their activities are protected by freedom of speech. They claimed that their amplified gatherings are not intended to disrupt the health clinic’s operations.”

The Spokesman-Review noted, “The Church at Planned Parenthood (TCAPP) is the most visible of the groups that regularly protest the Indiana Avenue clinic, but representatives for the nonprofit note that various anti-abortion activists demonstrate at different times.”

The Center for Justice claimed on Facebook that the Spokane Police Department was indifferent to the needs of clients visiting Planned Parenthood, writing, “To date, the Spokane Police have demonstrated through its officers’ actions that SPD has no desire to hold TCAPP and its members accountable for violations of the noise ordinance … At the core of the current controversy, however, is SPD’s apparent indifference to the disruption inside a health clinic and its deliberate non-enforcement of the noise ordinance.” 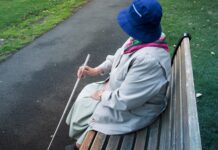