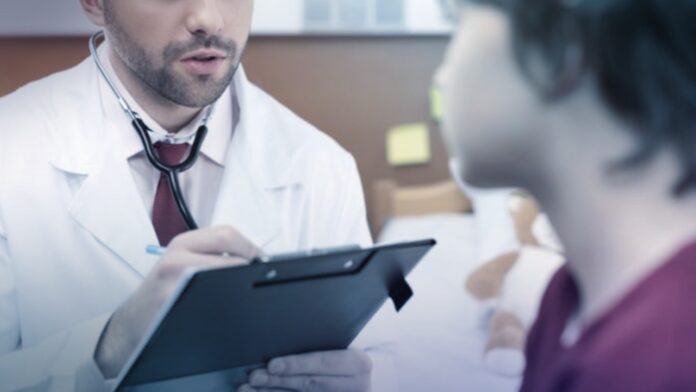 The BBC reported back in March on a lawsuit against the United Kingdom’s leading gender identity clinic, with a detransitioned female patient stating that she was rushed into irreversible hormonal interventions that she later came to regret.

It’s with cases like this in mind that Rep. Doug LaMalfa, R-Calif., has introduced legislation that would prohibit these procedures from being performed on minors in this country.

“I should have been challenged on the proposals or the claims that I was making for myself,” 23-year-old Keira Bell said of her lawsuit. “And I think that would have made a big difference as well. If I was just challenged on the things I was saying.”

Bell’s lawsuit comes in the wake of the resignation of whistleblowers at the clinic who raised concerns about the massive increase in the number of children—especially girls—referred for medical intervention with insufficient evaluation of the risks or other underlying factors contributing to the patients’ gender dysphoria.

The U.K.’s minister for women and equalities recently announced plans to ban transgender medical interventions for those under 18.

To protect American children from those harms, LaMalfa introduced a bill Aug. 11 to prevent these unproven and unethical medical interventions from being performed on minors in the United States.

The legislation, HR 8012, marks an important step in the fight against politicized medicine that results in irreparable harm to children.

Performing hormonal or surgical interventions on minors because they are experiencing discomfort with their bodies is a serious breach of medical ethics and leaves young patients with irreversible consequences.

As Ryan T. Anderson and Robert P. George have written:

Whatever one may think about the ethics of medical professionals’ ‘transitioning’ adults, everyone should be able to agree that adults should not interfere with the natural, healthy development of the bodies and minds of children.

Children must be provided with the time and space to develop to maturity. To tell a child that he or she is of the opposite sex (or both, or neither—something underwritten today by standard children’s ‘gender’ books), or to encourage a child’s mistaken belief that he is something other than a boy, or she something other than a girl (however sensitively one may, and should, be handling such a situation), is deeply unjust to that child.

To intervene in a child’s physical development, to block the child from going through normal puberty—all in an attempt to ‘affirm’ a ‘gender identity’ that rejects bodily reality—is profoundly unethical.

Contrary to activists’ talking points, the effects of puberty blockers and cross-sex hormones are neither risk-free nor reversible.

The drugs commonly used to delay normally timed puberty in children who identify as transgender have not been approved by the Food and Drug Administration for that purpose, and there are no long-term studies to support their safety or effectiveness in treating gender dysphoria.

There is evidence, however, demonstrating that these drugs have long-lasting negative side effects, such as reduced bone density and delayed brain development.

Administering estrogen to boys or testosterone to girls eventually results in permanent sterility—a consequence that children are in no way equipped to consent to or even fully grasp the implications of.

The evidence further suggests that medical transition does not carry the promised benefits for the health of gender dysphoric children.

The authors of the largest study to date on the mental health outcomes of individuals who have undergone sex-reassignment surgery or hormonal transition were forced to admit that the data showed no decrease in mood or anxiety disorders for those who transitioned medically.

In fact, individuals who underwent surgery were more likely to be treated for anxiety disorders than those who did not.

Placing children on the path to transition also creates a self-fulfilling prophecy.

The majority of children who transition socially eventually transition medically, and almost all children placed on supposedly reversible puberty blockers go on to take cross-sex hormones.

In contrast, 80% to 95% of minors with gender dysphoria who do not transition either socially or medically come to accept their bodies.

In America, the introduction of HR 8012 represents a growing legal and legislative pushback against transgender ideology in medicine around the world.

Policymakers in the United States should carefully consider the abundant evidence that medical transitioning harms children and should work to protect them from the devastating consequences of abandoning sound medicine for ideology.