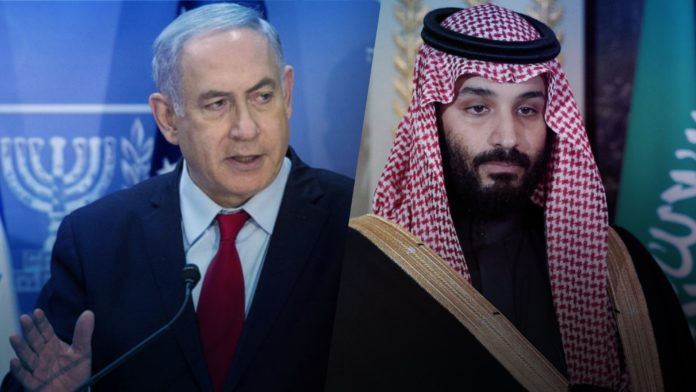 “Saudi Arabia’s policy has been very clear since the beginning of this conflict. There are no relations between Saudi Arabia and Israel and the kingdom stands firmly behind Palestine,” the foreign minister said.

Like most Arab countries, Saudi Arabia does not have diplomatic ties with Israel.

But the Gulf Arab monarchies, which share Israel’s enmity toward Iran, have made a number of recent moves hinting at warmer ties with the Jewish state.

However, in late January, Prince Faisal told US TV channel CNN that Israeli citizens were not allowed to come to Saudi Arabia, after the Jewish state said it had given its citizens the green light to visit.

Saudi Arabia also said it “appreciates” US President Donald Trump’s efforts on a Middle East peace plan that has been bitterly rejected by the Palestinians.

When asked about Netanyahu’s meeting earlier this month with Sudanese leader General Abdel Fattah al-Burhan, Prince Faisal said: “Sudan is a sovereign nation. They can assess their own sovereign interests.”

The Palestine Liberation Organization called the meeting “a stab in the back of the Palestinian people.”