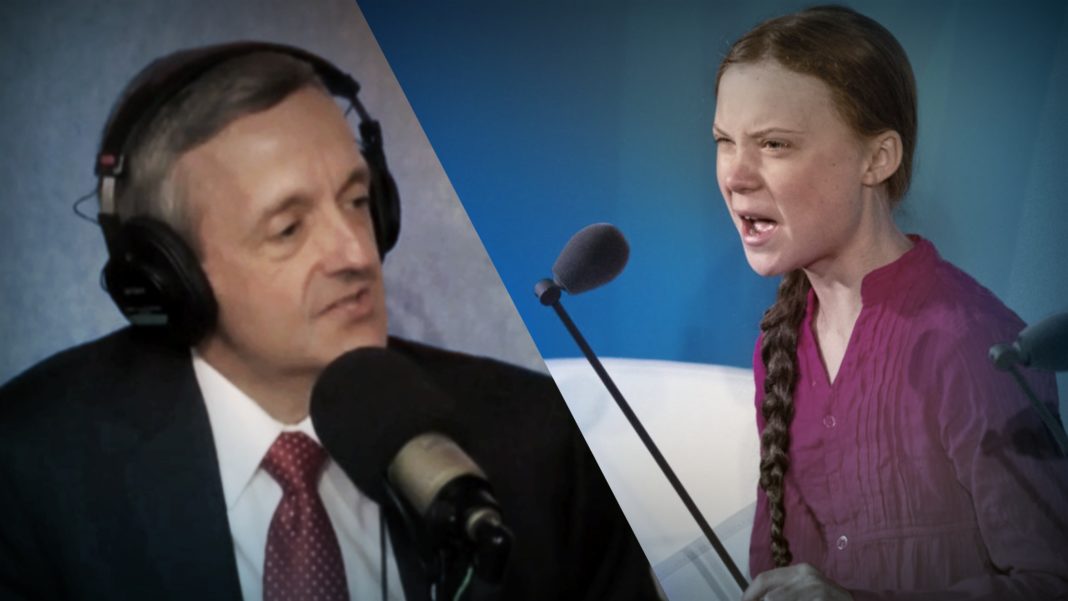 Texas megachurch pastor Robert Jeffress says man-made climate change is an “imaginary crisis” and advises that someone read the Bible to teenage environmental activist Greta Thunberg to allay her fears that the world will soon end because of global warming.

The pastor of First Baptist Dallas was on Fox News Radio’s “The Todd Starnes Show” on Monday and expressed support for President Donald Trump’s decision to not attend the U.N.’s Climate Action Summit.

“I tell people, Todd, all the time, I mean ‘this president is brilliant,’” Jeffress said to host Todd Starnes. “He decides to skip attending a session on an imaginary crisis — climate change — and instead he chooses to lead his own conference on a very real problem, global persecution.”

“What president can you think of, from either party, who would have the guts to snub the U.N. like that and stand up for what’s right?”

Jeffress then discussed 16-year-old Thunberg, who spoke at the U.N. summit and whose comments were widely shared on social media. While acknowledging that Christians must care for the environment, he took issue with her claims of imminent doom over climate change.

“Somebody needs to read poor Greta Genesis, Chapter 9, and tell her the next time she worries about global warming, just look at a rainbow,” Jeffress said. “That’s God’s promise that the polar ice caps aren’t going to melt and flood the world again.”

A Swedish environmental activist, Thunberg addressed the U.N. summit, expressing anger over what she believes is a lack of action on the part of world leaders to fight climate change.

“You have stolen my dreams and my childhood with your empty words. And yet I’m one of the lucky ones. People are suffering. People are dying. Entire ecosystems are collapsing,”  Thunberg said.

“We are in the beginning of a mass extinction, and all you can talk about is money and fairy tales of eternal economic growth. How dare you!”

She went on to describe the world leaders as “failing us” and warned that “change is coming, whether you like it or not.”

“We will not let you get away with this. Right here, right now is where we draw the line. The world is waking up. And change is coming, whether you like it or not,” she said.

The group Young Evangelicals for Climate Action spoke positively of Thunberg’s overall activism in a statement published by The Christian Post last Thursday and promoted the Sept. 20 international climate strike.

“As Christians, we believe that responding to climate change is a moral imperative. Genesis is clear that we have been entrusted by God with the keeping of all His creatures and the earth itself (Gen. 1:26),” YECA wrote.

“Yet we have too often confused dominion for destruction when the biblical concept of dominion is, in fact, a responsibility for the well-being of all creation. When we pollute the atmosphere with greenhouse gases or rely on oil that leaks and destroys life in the Gulf of Mexico, we are not being responsible stewards of God’s earth.”