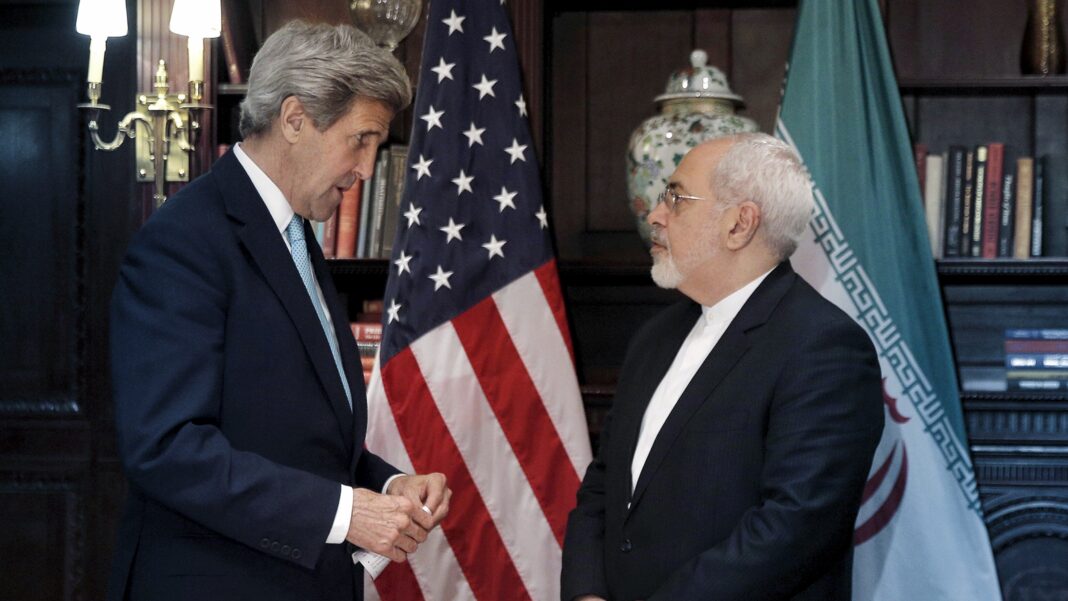 According to the Times, Zarif revealed he was often kept in the dark regarding security matters “sometimes to his embarrassment,” and that “to his astonishment,” Kerry, who continued meeting with Zarif even after leaving office, told him that Israel had attacked Iranian interests in Syria at least 200 times.

The recording, described by the Times as “a conversation in March between Mr. Zarif and an economist named Saeed Leylaz,” was first leaked to the UK-based, Saudi-owned Farsi-language news channel Iran International, which is seen as hostile to Iran.

The recording suggests that Zarif, and others within the Iranian regime, might privately have been glad that the U.S. killed terrorist General Qasem Soleimani, leader of the Iranian Revolutionary Guard Corps, last year.

Zarif says “the United States delivered a major blow to Iran, more damaging than if it had wiped out an entire city in an attack,” the Times reported. “But he said some of Mr. Suleimani’s actions also damaged the country.”

(The attack on Soleimani was universally criticized by Democrats at the time, including then-candidate Joe Biden.)

Zarif also suggested that government matters in Iran are often dictated by the IRGC, and that Russia had worked with Soleimani to thwart the 2015 nuclear deal.

Zarif also criticized Soleimani for allowing Russian warplanes to fly over Iran on their way to bomb Syria, and for moving military equipment and personnel to Syria on the state-owned Iran Air.

During the recording, Zarif mentions several times that the interview was never intended for publication.

The Bible speaks of a time in which all of the nations of the world will be gathered against Israel (Zechariah 12).

During the Obama Administration, those who followed Bible Prophecy could see this chapter in Zechariah moving quickly toward its fulfillment.

Then something miraculous happened…

The United States elected a President that was likely the most Pro-Israel the country’s history had ever seen: Donald Trump. President Trump removed the US from the dangerous Iran nuclear deal and put the Islamic Republic on notice with harsh sanctions. He moved the US embassy to (Israel’s eternal and God-given capital) Jerusalem; he recognized Israel’s Sovereignty over the Golan Heights, and much more. The relationship America had with the Jewish State had never been stronger.

Then, Joe Biden, the Vice President for Obama, came into power as President. Much like the rest of the work former President Trump did for the benefit of America and its citizens, the relationship with Israel was quickly dismantled. Biden hired multiple anti-Israel activists to top positions, immediately started working on getting back in the JCPOA, restored aid to Palestinians despite incitement of terrorism, and snubbed Netanyahu during his first month in office.

Terry James, in his article, “Israel in End-Times Spotlight,” wrote that Zechariah 12, though momentarily slowed, is now moving again full speed ahead:

When thinking on the growing anti-Semitism across the world and the fact that Iran seems on the brink of becoming a nuclear power, the observer of prophetic stage-setting for soon fulfillment can’t miss the signposts. Israel is indeed in the spotlight of God’s omniscience. His chosen nation is moving swiftly and exactly into the position prophesied by Zechariah millennia ago. In his prophecy is a dire warning for all in authority as heads of nations–including the president of the United States.