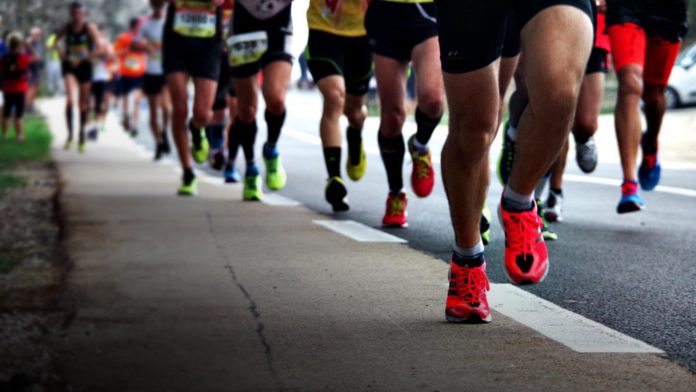 Lawmakers in five states—New Hampshire, Washington, Georgia, Tennessee and Missouri—have proposed legislation to prevent transgender athletes from competing in sports categories that do not align with their biological sex.

For years there has been a noticeable upsurge of transgender activism, particularly in the realm of female athletics.

In 2019, Veronica Ivy, formerly known as Rachel McKinnon, won the Masters Track Cycling World Championship in the female 35-39 sprint category for the second year in a row. The problem? Ivy is biologically a male.

“We are seeing more and more transgender athletes competing and posting victories in traditionally gendered sports competitions, and doing so to the detriment of girls and women biologically born female,” Tennessee Rep. Bruce Griffey told The Tennessee Star. “Boys and men, due to testosterone levels, bigger bone structure, greater lung capacity and larger heart size, have physical advantages in sports relative to girls and women.”

Last month, Griffey introduced a bill that would require Tennessee “elementary and secondary student-athletes to compete in sports based on their biological sex at birth.” The legislation also stipulates that if public schools violate this requirement, they will no longer be eligible to receive taxpayer subsidies from the state or local governments. Additionally, if a state or local official intentionally defies this act, the official would be subject to a $10,000 fine, removal from his or her position and exclusion from any other public office, school administration or principle position.

Georgia Rep. Philip Singleton, proposed similar legislation in his state. Under his bill, transgender youth would be prohibited from competing in sporting events against athletes of the opposite biological sex. The bill would also ban sports teams from using public facilities if transgender children are competing in single-sex events that differ from their biological sex.

Although the Georgia High School Association already requires athletes to compete in sports based on the gender marker on their birth certificate, Singleton told the Atlanta Journal-Constitution that he wants to be ahead of the curve.

“We’re seeing a lot of things happening in states across the country, and a big part of my campaign promise was to preserve the character of my community,” he explained.

LGBTQ advocates argue that sex and gender are social constructs, and are therefore fluid. These bills, they claim, are discriminatory toward transgender athletes.

But conservatives, and many feminists, agree that allowing transgender individuals to compete in female sports puts biological women at a significant disadvantage.

Women who have trained for years to master a specific sport are losing to biological males, who in reality would be just average athletes when compared to their male peers.

Bowing down to the LGBTQ agenda, lawmakers argue, could very well cost women the rights that they fought so hard to win in the 20th century.

“I [want] to maintain fairness,” said Griffey. “I [no longer] want girls to be at a disadvantage.”