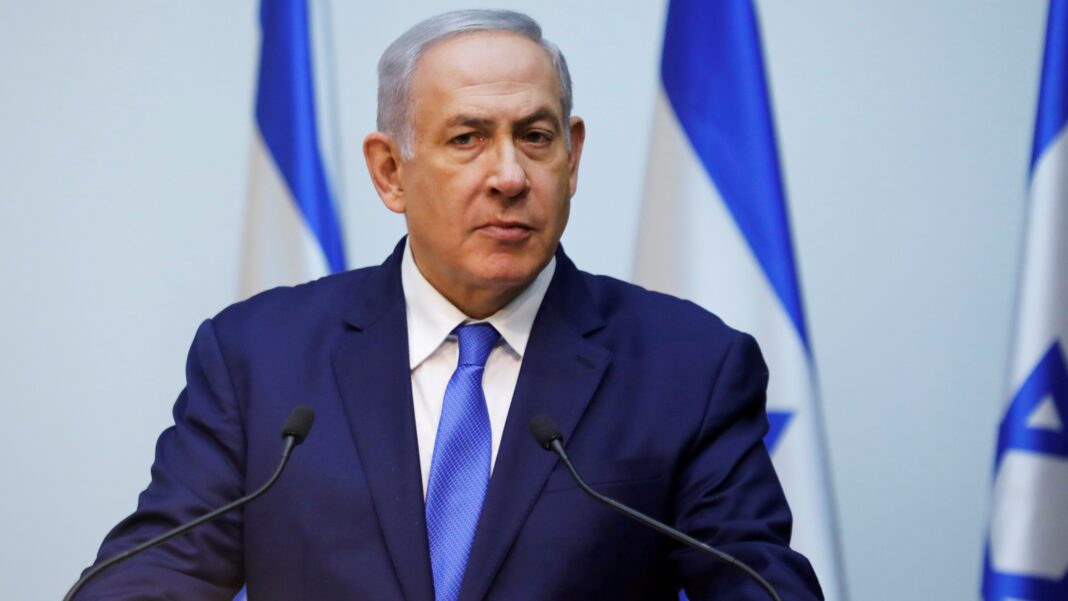 Prime Minister Benjamin Netanyahu warned on Tuesday that he would not shy away from a clash with the US as part of his efforts to counter Iran’s nuclear program to ensure Israel’s survival.

Speaking at the inauguration ceremony for newly appointed Mossad chief David Barnea, Netanyahu vowed that “Israel will deny Iran nuclear weapons” even if that complicates its relations with “our greatest friend: the United States.”

According to Netanyahu, Israel might have to ultimately choose between “friction with the US and removing an existential threat” and it will choose the latter, which he said was constantly growing, but he added that he hoped Israel would not have to make that choice.

Netanyahu added: “The greatest threat we face is the existential threat created by Iran’s attempts to get nuclear weapons. This could be in the form of threatening us – a small and clustered country – with annihilation, or with tens of thousands of missiles that would get a nuclear umbrella. This could pose a threat to the Zionist enterprise and we must counter this without stopping.”

Netanyahu said that in his recent conversation with US President Joe Biden – whom he called “my friend for the last 40 years” – he said that Israel will continue with its efforts to counter the Islamic republic “with or without a nuclear deal.”

The Biden administration is currently holding talks with Tehran over the lifting of sanctions in return for the freezing of its nuclear program, but Israel believes such a deal would pave the way for Iran’s nuclearization and only stall it at best.

Netanyahu then stressed again that “we will continue doing everything we can to thwart Iran’s attempts to get nuclear weapons.”

In a powerful speech to the United Nations in 2015, Israeli Prime Minister Benjamin Netanyahu condemned the Iran Nuclear deal, explaining the incredible danger it poses to Israel and the rest of the world:

Unleashed and un-muzzled, Iran will go on the prowl, devouring more and more prey. In the wake of the nuclear deal, Iran is spending billions of dollars on weapons and satellites. You think Iran is doing that to advance peace? You think hundreds of billions of dollars in sanctions relief and fat contracts will turn this rapacious tiger into a kitten? If you do, you should think again.

I have long said that the greatest danger facing our world is the coupling of militant Islam with nuclear weapons. And I’m gravely concerned that the nuclear deal with Iran will prove to be the marriage certificate of that unholy union.

Seventy years after the murder of six million Jews, Iran’s rulers promise to destroy my country. Murder my people. And the response from this body, the response from nearly every one of the governments represented here has been absolutely nothing! Utter silence! Deafening silence.

It is the deep-rooted anti-Israel Bias in Nations that has stopped them from putting Iran in their place. As Netanyahu previously has stated, “If Iran’s terror proxies were firing thousands of rockets at your cities, perhaps you’d be more measured in your praise.”

Amir Tsarafti has pointed out that the rise in escalation that we saw in Israel could be attributed to the action of a failing US President that has emboldened Iran.

“I am going to say something that might sound controversial, but hear me out all the way,” Tsarfati said in an audio recording on Telegram. “What we are watching in Israel right now is directly related to the election fraud in the United States. Now, let me explain. When Biden got into office, obviously through fraud, the Iranians were very emboldened. Right now, Iran is sending its octopus arms everywhere, and they are behind what is going on here in Israel right now. So you see the connection… It is very, very simple.”

It was former President Donald Trump that stood up to Iran in the protection of Israel. He removed the United States from the nuclear deal and place stiff sanctions on the country so they would not be able to so easily fund these terror proxies that seek collectively to destroy the Jewish State.

The Prime Minister has praised the Trump administration for its hard stance on the Islamic Republic of Iran while condemning those who continually refuse to respond to Iran’s blatant violations of the nuclear deal.

Biden’s administration has only advanced Iran’s efforts against Israel. Iran has been doing this increasingly by way of Syria, using the war-torn country to house weaponry to attack the Jewish State, which has resulted in multiple Israeli strikes.