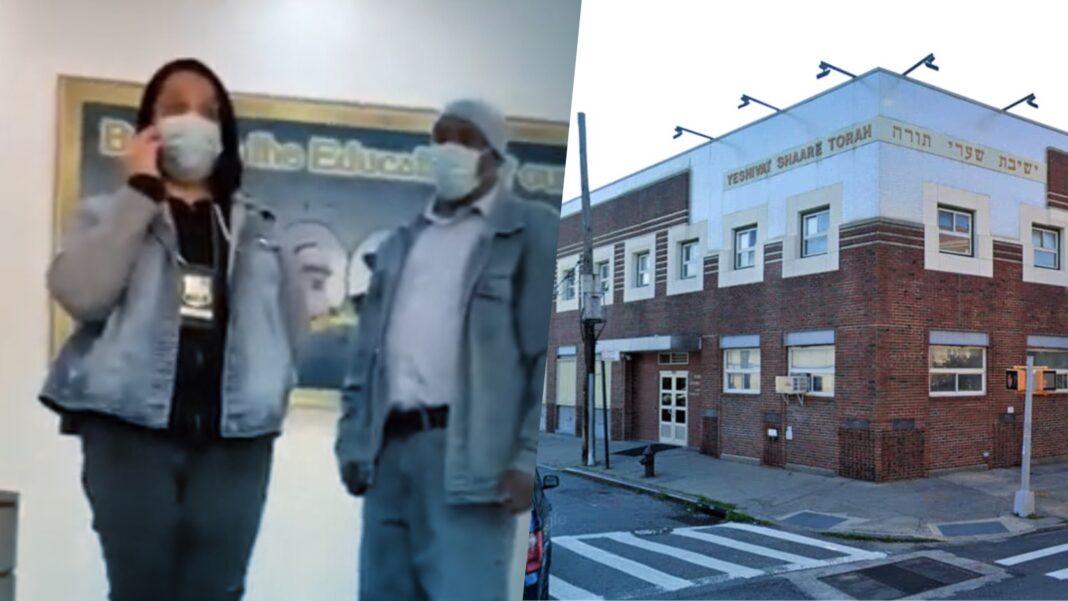 New York health inspectors, apparently following Governor Cuomo’s lead in blaming “ultra-orthodox” Jews for new COVID cases, have been targeting Jewish institutions and businesses with tickets for allegedly not being compliant with current emergency health orders. In one case, health inspectors were caught on film issuing a “summons” to a Jewish school despite the fact that the school was closed down and no children were present.

On Monday, the director of an Orthodox Jewish school in a New York “red zone” caught a health inspector writing up a summons outside the school despite its compliance with the city’s current emergency health orders, reported The Yeshiva World. Organizations found in violation of the orders face a fine of $15,000.

The video shows two inspectors visiting Yeshivat Shaare Torah on Coney Island Avenue in the Midwood section of Brooklyn. In the video, posted to social media on Monday, the director of the school can be heard objecting to the health inspector’s action.

“There’s no one here, yet you were just writing up a summons outside,” he said.

“If I hadn’t opened the door, you would’ve put a summons on my door,” the director continued.

When the inspector was pressed as to why she was giving a ticket to the Jewish school, she replied that she was following orders.

When pressed on the matter, the inspector indicated that she had been given a list of schools that were to be given summons.

“But why were you writing the summons outside though? There’s nobody in here,” the director replied.

The Yeshiva World provided a photograph of one such list that health inspectors were allegedly using to make their visits, pointing out that “not one non-Jewish institution is on this list.”

Some Jewish observers are now questioning if the city’s actions are a “targeted attack against Jews.”

The Jewish community has been active in opposing the state’s emergency measures.

On October 8, a group of Orthodox Jews filed to have a temporary restraining order against the implementation of the new restrictive measures in the governor’s executive order. A federal judge refused that order the next day. The lawsuit contended that the state was placing disproportionate burdens on religious communities.

It’s being described as “the most comprehensive assault on Christianity in America ever written into law,” “a dangerous threat to our nation,” “the Left’s...
Read more
Anti-Semitism

“Prosecution blames mental illness for the crime. We join AJC in calling for the attack to be recognized for what it is—an act of Jew-hatred"
Read more
US News