Next Stage of Rebellion: Normalizing Pedophilia 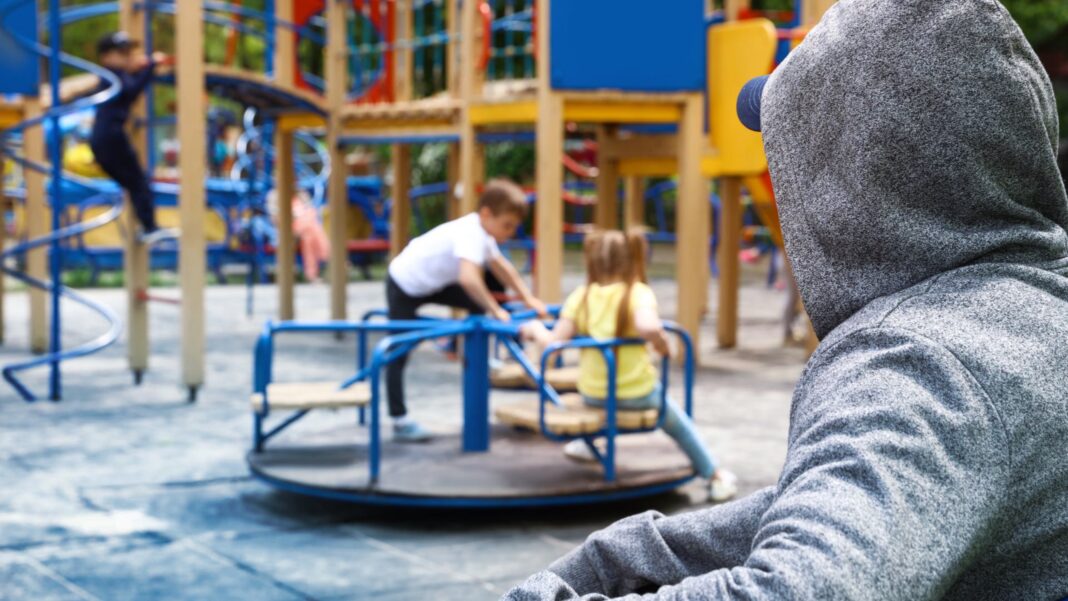 There is nothing new under the sun. A college professor in Virginia is openly suggesting pedophilia is natural and should not be considered wrong. Her name is Allyn Walker, and she calls for “destigmatizing” pedophilia, or ‘MAP,’ which stands for minor-attracted people.

To their credit, Old Dominion University quickly responded by placing Walker on leave following her book release and comments attempting to normalize the phrase “minor-attracted persons.” She was an assistant professor of sociology and criminal justice. Watch for a lawsuit defending the progressive professor’s rights to endorse depravity.

Allyn Walker argues that “minor-attracted people” — those sexually drawn to children under the age of 18 — should not be ostracized for their attractions, suggesting such urgings are OK, so long as they are not acted upon.

Walker, who identifies as “queer” and “nonbinary trans,” said in an interview there “is no morality or immorality attached to attraction to anyone, because no one can control who they’re attracted to…” In other words, wait for it.. ‘they’re born that way.’

It’s true we all have temptations to sin that we ought not act on, this naive view of human nature is deceptive. The Bible states that we reap what we sow and that the heart of mankind is wicked [Galatians 6:7-8]. Jesus said whoever lusts for another person has committed adultery with them in his heart [Matthew 27:28].

America had been prepped decades ago for post-modernism and a new era of sexual behavior and expression. People began accepting immoral ideas and lifestyles that used to be called “sins.” Though this rebellion and sexual perversion were not new historically, they had to be accepted and normalized.

The increase of adultery and abortion came first, which helped set the stage for pornography, homosexuality, transgenderism, Drag Queen Story Hours, and of course, pedophilia. The progression has been clear:

It was inevitable. Once black-robed elites on the Supreme Court endorsed same-sex unions just six short years ago, many of us warned about the consequences of their decision. That “slippery slope” rapidly became a downhill drag race to destruction.

“Because if it ever came to that, we are halfway to legalizing it, following the same path that homosexuality took,” Dreher wrote. “If sexual desire is the equivalent of identity, and if to sexually desire minors is at the core of one’s identity, then how can we stigmatize or otherwise suppress pedophiles if we recognize that other kinds of sexual minorities have civil rights?”

I agree. We’ve all seen how sexual identity and the law is a slippery slope, and this must be stopped. Or is it already too late?

Pedophilia is simply the next logical step for some, in the regression of God-ordained, natural marriage and sexual intimacy. In fact, a new word was created to dilute the depravity of pedophilia. Ready? It is called, “pedosexual.”

Most people forget the American Psychological Association (APA) in 1973 removed homosexuality from the DSM-2 (The Diagnostic and Statistical Manual of Mental Disorders) due to pressure from gay activists. Will they do the same with pedophilia?

And just a few years ago the American Psychological Association even launched a task force designed to remove the “stigma” associated with polygamy, even going so far to give the lifestyle its own politically correct term – “consensual non-monogamy.”

The earliest Gay Pride parades included NAMBLA (North American Man-Boy Love Association) members who later were prevented from marching. For years there have been efforts to erase age of consent laws, a goal of the LGBTQ+ platform since the 1970s.

I reported in 2018 on the Catholic Church scandal involving decades of abuse as priests and top leaders molested young boys and girls. Approximately 85% of the victims were boys. Cardinal Raymond Burke, a member of the highest court at the Vatican even admitted, “We have a very grave problem of a homosexual culture in the church.”

Bishops acknowledged more than 17,000 people nationwide have reported being molested by priests and others in the Roman Catholic Church going back to 1950.

Decade after decade, priests, bishops, and high-level leaders tried to shield the church from bad publicity and financial liability. They failed to report accused clergy to police and used confidentiality agreements to silence victims.

It is worth noting here the whitewashing of influential individuals in our past who have been detrimental to morality in our great country. Around the same time Planned Parenthood’s founder, Margaret Sanger, was promoting birth control, racism, feminism, and sexual promiscuity, and John Dewey was planning to dumb down the education of children, evil was about to kick into hyper drive.

Warped sexologist, Alfred Kinsey, a bisexual pedophile is celebrated by academia, Hollywood, and the Democrat media in America. The left has done a good job burying the truth about Kinsey and his associates, who performed their “research” on prison inmates, prostitutes, and very young children. Kinsey was guilty not only of scientific fraud but of serious crimes.

Some refer to Kinsey as the Father of the “Sexual Revo­lution” in America, while others refer to him as the most influential bisexual and child molester in this nation’s history. One goal of Kinsey’s research was to prove that humans are sexual beings, and the earlier in life we start to experience sexual pleasure, the better.

Anything goes – with one exception – in our ABC culture: Anything but Christ and the biblical worldview.

I would speculate that we cannot reverse this locomotive of immorality. Parents and concerned citizens, please understand they’re recruiting children and have already converted an army of young rebels and social justice activists.

For decades, too many professing believers have taken the path of least resistance – or perhaps they’ve just been too busy and disinterested in the rampant invasion of evil, now being called good. But if we love others, we will keep telling the truth.

The Church and many of its leaders will have some explaining to do on Judgment Day. When was the last time you heard a compelling sermon warning about believers conforming to this world (Rom. 12:2), accepting or accommodating sexual immorality? These sins that are tearing families apart, and yes, even some Christian families.

As for those on the left who say they just want to “live and let live,” we are no longer naive enough to think it stops there. Those who have created gods in their own image don’t want any other God, authority, or moral standard.

How should believers in Christ respond? Love others and preach the Word, of course.

John 3:19 KJV – “And this is the condemnation, that light is come into the world, and men loved darkness rather than light, because their deeds were evil.”

Galatians 6:9-10 KJV – “And let us not be weary in well doing: for in due season we shall reap, if we faint not. As we have therefore opportunity, let us do good unto all men, especially unto them who are of the household of faith.”

Keep on praying, have compassion on the lost, resist the enemy, stand for truth, ignore the mockers; keep working for God, and recruit more soldiers to fight the good fight of faith!