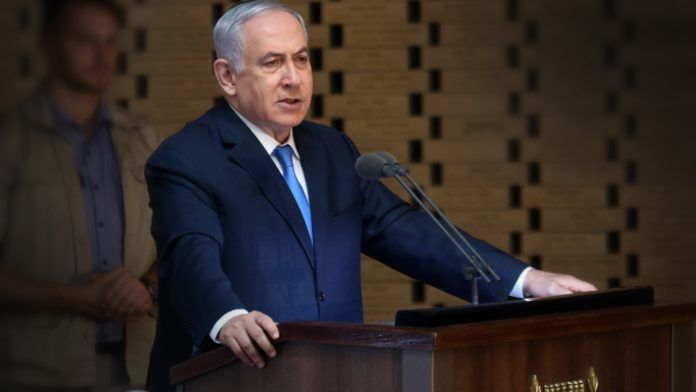 Prime Minister Benjamin Netanyahu returned the mandate to form a government to President Reuven Rivlin minutes after the end of the Simhat Torah holiday on Monday night, and two nights before the deadline for him to build a coalition.

Rivlin, who has received the message from Netanyahu , will hold consultations with faction representatives who request to meet with him. By law, the president has three days to give the mandate to Blue and White leader Benny Gantz.

Netanyahu released a video complaining that Gantz refused to negotiate with him. In the video, Netanyahu revealed that in addition to what is known to the public, he had initiated secret steps to build a unity government with Gantz.

The prime minister warned in the video that Gantz could form a minority government backed by the Joint List in a parliamentary safety net. Netanyahu said that if Gantz built such a coalition, he would serve as head of the opposition.

But Netanyahu said a unity government could still be formed. By law, if Gantz fails to build a coalition during the 28-day mandate he will receive from Rivlin, there will be 21 days in which any MK can obtain the support of 61 MKs to form a government. If no one succeeds, an election will be initiated automatically.

The time for political spin is over, and now is the time for action,” Blue and White said in response. “Blue and White is determined to create the liberal unity government led by Gantz that the people elected a month ago.”

When Gantz receives the mandate, he will invite Netanyahu to negotiate the formation of a unity government in which Gantz will precede Netanyahu as prime minister in a rotation.

When Rivlin gives the mandate to Gantz, he will be the first candidate other than Netanyahu to try and form a government since 2008, when Tzipi Livni failed to build a coalition.

Blue and White No. 2 Yair Lapid called Netanyahu “a serial failure,” because he also failed to form a government after the April election. He expressed relief that Netanyahu did not try to disperse the Knesset as he did in May, but said he did not deserve credit because Blue and White would have blocked such a move.
“It’s good to know
they are not going to do anything awful and destructive just because they can’t,” Lapid said.

Asked why Netanyahu did not disperse the Knesset again, a spokeswoman for Likud’s negotiating team said that Likud chief negotiator Yariv Levin had made a public promise to Rivlin that Netanyahu would return the mandate if Netanyahu failed to form a government.