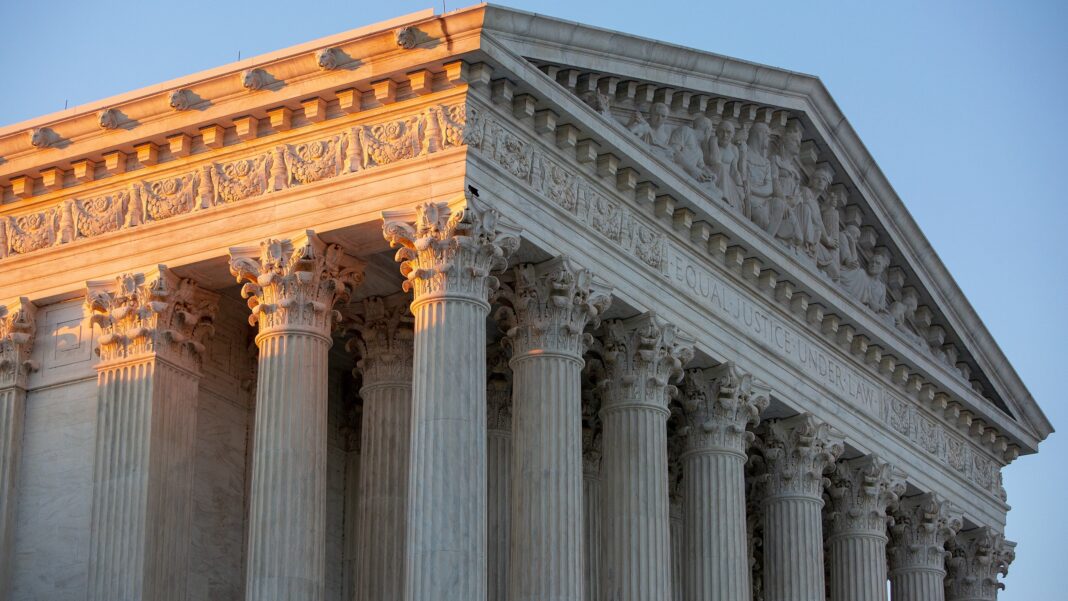 More than 400,000 people joined with the First Liberty law firm and a coalition of leaders last week in urging the Presidential Commission on the Supreme Court of the United States to reject “court packing” and other partisan proposals offered under the guise of court reform.

President Joe Biden established the commission April 9, directing it to analyze proposals for reforming the U.S. Supreme Court. Among those proposals are term limits for justices and changes to case selection, rules and practices on the court.

Perhaps the proposal that has garnered most attention is the idea of increasing the number of justices from the current nine to 13. Although Congressional observers have said that proposal would not likely pass the current Senate, the addition of four justices nominated by President Biden would, presumably, give the court’s liberal wing a 7-6 majority and allow the court to rubber stamp progressive policies, including those that might favor abortion and the LGBTQ agenda while weakening religious liberty and free speech.

Liberal supporters of the court packing concept have tried to whip up support by characterizing it as necessary in order to “wrest control of the Supreme Court from the extremist political minority that is using it to assail our democracy and impose minority rule”—neglecting to point out that justices must gain a majority vote in the U.S. Senate and thus by definition are not the product of “minority rule.”

First Liberty, along with 31 leaders including Franklin Graham; former U.S. Attorney General Edwin Meese III; Heritage Foundation President Kay C. James and James Dobson, president of the Dr. James Dobson Family Institute, sent the commission a letter to to which some 400,000 members of the public had added their names. The letter states:

“The current progressive legal-political movement now seeks to effectuate a seizure of our courts under the specious guise of ‘reforming’ the judiciary. Whether by packing the Court with additional justices, stripping the Supreme Court of jurisdiction, or otherwise undermining the constitutional notion of separation of powers, the goal is the same: replacing the Constitution’s original meaning with one that reflects a progressive secularism.”

Recent surveys have found that a majority of Americans are opposed to court packing. In addition, the late liberal Justice Ruth Bader Ginsburg and current Justice Stephen Breyer, who is also considered a member of the court’s liberal wing, have voiced opposition to court packing. “What goes around comes around,” Breyer said during a September interview with National Public Radio. “And if the Democrats can do it, the Republicans can do it.”

Franklin Graham speaking on the topic of court-packing, warned, “These are dangerous days for our nation. Liberal progressives want to pack the Supreme Court. They want to be able to pass every piece of socialistic, agenda-driven legislation they can dream up to transform this country into a godless, secular society.”

Upon reading 2nd Timothy chapter 3, a person gains great insight into the mind of our current world. In this chapter, we are given a detailed list of characteristics that our godless society will by and large be committing and promoting.

We read that people in the last days prior to the return of Christ will be “corrupt” and “despisers of the truth.” Is this not precisely what is taking place in our world, as they try to cancel fact-based speech, twist natural gender, and bring about their godless agendas with a “by any means necessary” attitude?