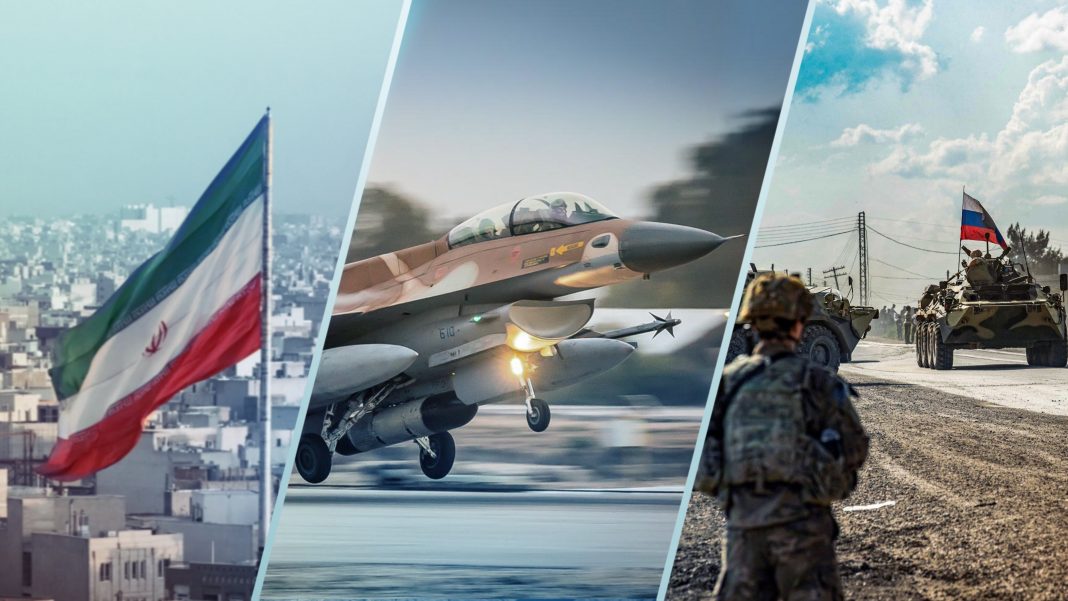 Once again, we begin the Middle East portion of the news outside of the Middle East. On Sunday, Tunisian President Kais Saied dissolved the government in what many are viewing as a bloodless coup. When Prime Minister Hichem Mechichi said that he would meet with the cabinet in defiance of the dissolution, Saied had military troops surround the parliament building blocking entrance. For many months there has been great unrest amongst the people over unemployment, a sagging economy, and a poor handling of the COVID crisis – problems that most lay at the feet of the Prime Minister and his cabinet. The President is threatening to take power himself. It will be interesting to watch what happens to this North African country’s young democracy.

Speaking of unrest, the marching continues to expand in Iran. From Tabriz to Tehran, and now to Isfahan, thousands upon thousands are taking to the streets against the religious regime. Many of these marchers are coming out of the Arab population, the Azerbaijanis, and other minority groups in this Persian country. Meanwhile, the power problems and water shortages continue to cause mass suffering in the nation.

One Iran governmental endeavor that continues to be well-supplied is their nuclear program. Israeli Minister of Defense Benny Gantz warned the world in a BBC interview on Tuesday that the terrorist-sponsoring nation keeps rushing forward toward its goal of achieving nuclear weapons. He also vowed that Israel would absolutely not let that happen, saying, “We have abilities and means that I cannot expand on, and we are ready to ensure that Iran does not have nuclear weapons.”

In surprising news coming out of the Iran nuclear talks, it seems that the Biden administration is actually holding the regime’s feet to the fire. Not only are they wanting to bring to the table discussions about the nuclear program, but also Iran’s missile program and their continuing support of terrorist militias in Iraq. This is breaking news, so please join me on my Middle East Update this Saturday for more information.

Last week, I mentioned the failure of former Lebanese Prime Minister Saad Hariri to form a government. The nod has now gone to Najib Mikati, a billionaire telecoms mogul who has held the leadership position twice before. While giving him the mandate caused the Lebanese pound to jump to 17,000 to the dollar from a low of 22,000, the fact that Lebanese terrorist group Hezbollah has given him their endorsement shows that he is merely another puppet to be played with by their hands.

In the couldn’t-happen-to-a-nicer-guy category, Imad al-Amin, senior commander in Hezbollah, was killed in an Israeli strike on Syria. It has also been reported that Sayed Ahmed Qureshi, a senior official in Iran’s Islamic Revolutionary Guard Corps (IRGC), was killed in the same strike. Qureshi of late has been involved in leadership of Liwa Fatemiyoun, one of the many Iran-backed terrorist militias fighting in Syria.

In an interesting addendum to the previous story, of the eight missiles fired by the F16s, seven were intercepted by Russian-made Pantsyr-S and Buk-M2 air defense systems. This means that Russia is actively assisting Syria against Israeli strikes on Iranian targets. In the past, there was a coordination mechanism between the Russians and the Israeli Defense Forces (IDF), but now Russian officials say that no longer exists. When in place, it had relied on the relationship between Russian President Vladimir Putin and Prime Minister Benjamin Netanyahu. With Netanyahu gone, the connection no longer exists leading Moscow to take a different direction in their approach to Syria.

The Imam Ali Division, a militia within Iraq’s terrorist Popular Mobilization Forces, said that an ammunition storehouse of theirs in Al Najaf, Iraq, was attacked by drones causing an explosion that lit up the sky. But no sooner had they made that announcement when the Iraqi military jumped in saying that the explosion had nothing to do with UAVs. Instead, they claim that it came because of poorly stored weapons and severe heat. This begs the question, which is worse – to know that there are drones flying around looking to blow up your weapons or to realize that your munitions are so sketchy that as soon as the thermometer goes up, then you better take cover?

Not only are the militias targets of drone warfare, they are also perpetrators. As we’ve mentioned before, unmanned aerial vehicles (UAVs) are the weapons of the future. In a CNN interview aired Sunday, Jordan’s King Abdullah confirmed that his country has increasingly been the recipient of strikes by Iranian-made drones over the past year. “Unfortunately, Jordan has been attacked by drones…that are Iranian signature,” he said. In the same interview, the monarch claimed that his country was occasionally the victim of attacks aimed at Israel. “What misses Israel sometimes lands in Jordan,” he told CNN.

Attacks that have not been missing Israel are the incendiary balloons that continue to fly over the Gazan border. In the dry, hot summer, these balloons have the potential to cause massive wildfires, property damage, and even loss of life. In order to stop this tide of weapons, Israel blew up a weapons and ammunition storage facility belonging to the Islamic Jihad. The Thursday blast killed one and injured several others in the city of al-Zawiya. Sadly, Israel had to strike again on Sunday after more balloons started multiple fires in the southern part of the country. This air strike took place near Gaza City.

In Abraham Accord news, two Israeli airplanes have launched the first commercial flights between Israel and Morocco. Both El Al and Israir now have direct routes from Tel Aviv to Marrakesh and Casablanca, leading one Casablanca spokesman to say, “Of all the gin joints in all the towns in all the world, El Al flies into mine…”