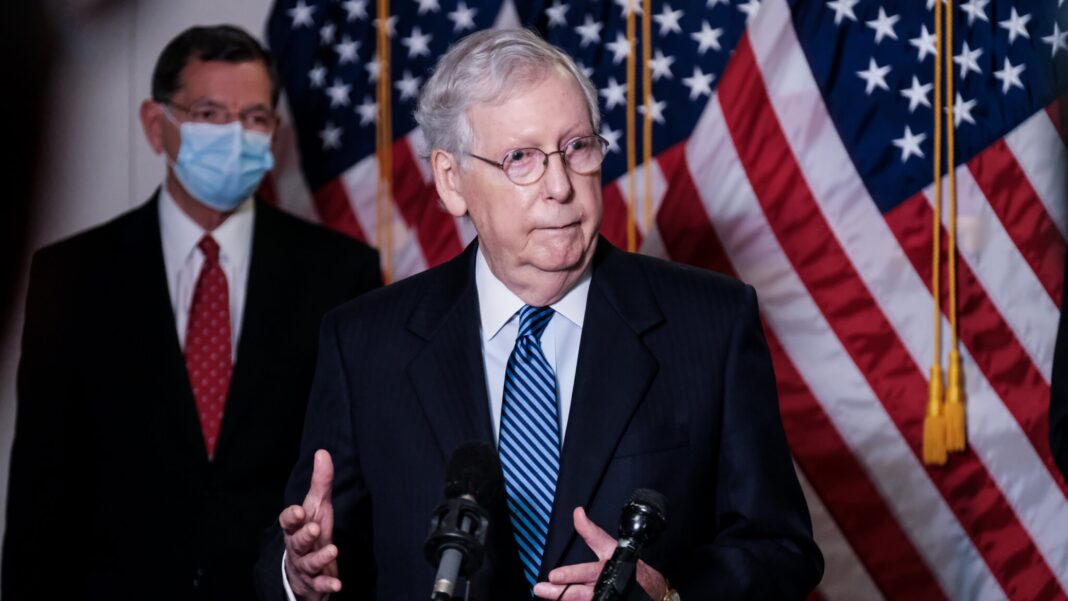 In an effort to compete with the Democrat-approved bill, Senate Majority Leader Mitch McConnell introduced his own bill to provide $2,000 stimulus checks.

McConnell proposed the new bill on Tuesday, shortly after he rejected a request for unanimous consent on the House’s bill.

Unlike the Democrat approved bill, however, McConnell’s version would repeal Section 230 of the Communications Decency Act.

Additionally, it would set up a commission to study voter fraud. This came after Sen. Bernie Sanders (D-Vt.) vowed to delay a vote to override President Trump’s veto of the NDAA until the Senate votes on the stimulus payments.

McConnell’s bill could provide a work-around to that filibuster.