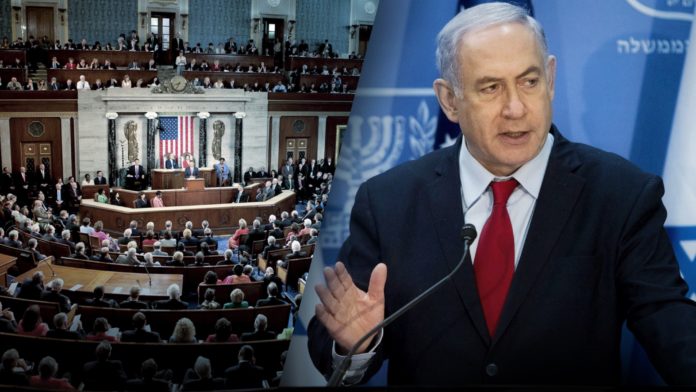 Republican lawmakers released on Monday a statement of their support for Prime Minister Benjamin Netanyahu’s plans to apply Israeli sovereignty to the Jordan Valley and settlements in Judea and Samaria, a day after Israel Hayom reported on the expected move.

In a letter to Netanyahu issued on Monday, Republican lawmakers wrote: “We write to reaffirm the unshakeable alliance between the United States and Israel, to emphasize that Israel has the right to make sovereign decisions independent of outside pressure, and to express our support for you as you make such decisions in your capacity as Israel’s democratically-elected prime minister.

“We are aware of and deeply concerned by threats being expressed by some to retaliate against Israel as it makes decisions to ensure defensible borders. It is shortsighted to threaten relations with Israel, a long-time friend and critical ally that shares our democratic values. We support the Trump administration’s engagement with Israel on the Vision for Peace Plan, which was based on the critical premise that Israel should never be forced to compromise its security. We assure you that we will stand shoulder-to-shoulder with Israel and oppose any effort to apply pressure.”

The Trump administration’s newly unveiled Vision for Peace stipulates that Washington will endorse an Israeli decision to apply sovereignty to large parts of Judea and Samaria and the Jordan Valley as long as Israel commits to holding good-faith negotiations with the Palestinians and avoid construction in certain areas that could become part of a Palestinian state. That state will only be established four years after negotiations begin and only if the Palestinians fully renounce terrorism and carry out major reforms, and only if they are no longer considered a threat to Israel.

Prime Minister Benjamin Netanyahu has repeatedly said he plans to accept the document and to begin the process of applying sovereignty in Jewish communities as early as July 1.

The letter from Monday cited the Palestinians’ repeated rejections of “Israel’s bids for peace,” and said they have “shunned” the Trump administration’s efforts to “bring peace to the conflict.”

According to the letter, “the Trump administration’s new approach offers the promise of success where past efforts have failed, recognizing Israel’s vital national and security interests while providing for a fair and reasonable compromise with the Palestinians, should Palestinian leadership opt finally to prioritize peace.”

The signatories closed by expressing their hope that the plan will bring “peace, security, and prosperity to a region that has long endured conflict.”

In a separate letter to Trump, the Republican lawmakers said: “The Peace to Prosperity Plan acknowledges the desire of the Palestinian people for peace and autonomy while maintaining Israel’s security. This is a historic opportunity to secure a peaceful and prosperous future for Israel, our strongest ally in the Middle East, as well as for the Palestinians. Israel is deeply invested in advancing the peace process, and we are hopeful that the Palestinians will negotiate in good faith to secure a pathway to statehood.

“As with all nations, Israel will benefit from having secure and recognized borders. We support Israel’s right, as provided in the Peace to Prosperity Plan, to declare its sovereignty over Jewish population centers and strategic territories in the West Bank. This will not in our view jeopardize the prospects for peace. Indeed in the long run, it will strengthen it.”