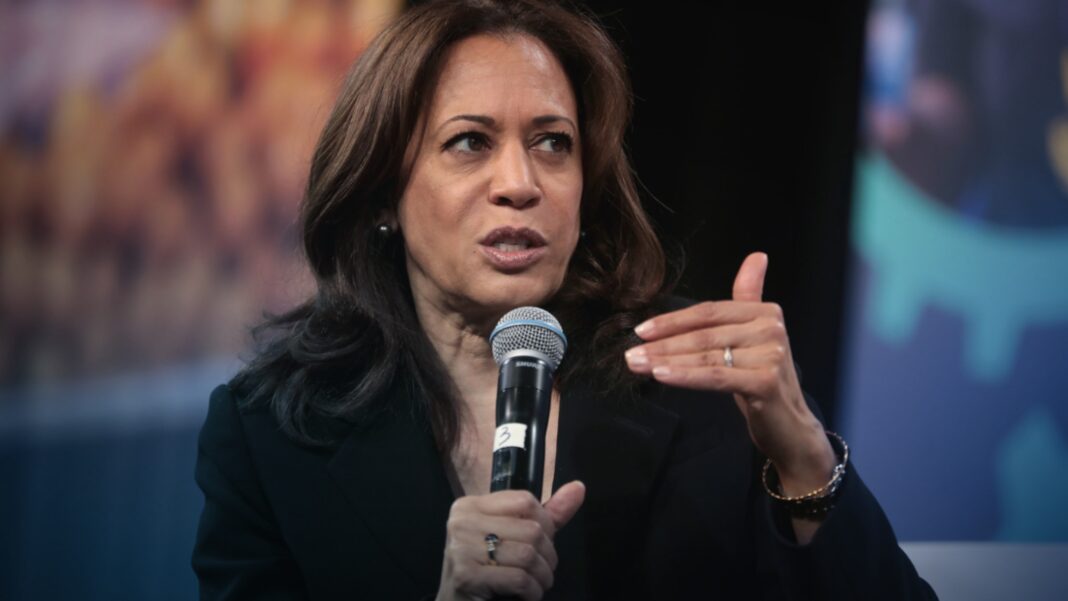 Months after Democratic presidential nominee Joe Biden committed to choosing a woman to join him on the Democratic ticket, his pick of Sen. Kamala Harris (D-California) as his running mate has already drawn criticism from pro-life and traditional family advocates.

Biden praised Harris on Twitter as “a fearless fighter for the little guy and one of the country’s finest public servants.”

But Kristan Hawkins, president of Students for Life of America, took issue with Biden’s word choice.

“By ‘little guy,’ you obviously don’t mean the preborn baby …” she tweeted.

Harris has long been a strong ally for the abortion industry, and in turn, the industry has fully supported Harris’ political endeavors.

Franklin Graham took to Facebook to comment on Joe Biden’s chosen running mate, explaining that her name on the ticket ‘should be a great concern to all Christians’:

Graham: Planned Parenthood must be rejoicing. Joe Biden and Kamala Harris are labeled as the most pro-abortion presidential ticket in the history of our nation. As a follower of Jesus Christ, I am pro-life. I believe life is important, and every life is precious to God. No community has been more impacted by abortion than the African American community, and this should be a great concern to all Christians.

For the last three years, abortion advocacy groups NARAL-Pro Choice America and Planned Parenthood Action Fund have given Harris 100% ratings based on her support of abortion on demand, taxpayer-funded abortion, and her part in the investigation of pro-life activist David Daleiden, whose undercover videos exposed Planned Parenthood’s role in the harvest and sale of aborted baby parts for profit.

“Sen. Harris is a tremendous leader who throughout her career has understood how central the freedom to make our own decisions about our own families is to surviving and thriving in this country,” NARAL Pro-Choice America said in a press release.

But Marjorie Dannenfelser, president of pro-life group Susan B. Anthony List, warned: “If elected, [Biden and Harris] will immediately begin rolling back President Trump’s pro-life gains, as well as longstanding policies like the Hyde Amendment. They will stack the Supreme Court with pro-abortion ideologues, setting the pro-life cause back for generations. Together, Biden and Harris constitute the most pro-abortion presidential ticket in American history.”

Harris not only has the backing of the abortion industry; the LGBTQ community is also rallying behind her.

“Senator Kamala Harris is nothing short of an exceptional choice for Vice President,” Alphonso David, president of the Human Rights Campaign (HRC), said. “Throughout her groundbreaking career, Senator Harris has been an outspoken advocate for the LGBTQ community, standing with us when many, even sometimes those within her own party, did not.”

In a congratulatory press release, HRC, the largest LGBTQ advocacy group and political lobbying organization in the United States, applauded Harris’ history of pushing the LGBTQ agenda to new heights—co-sponsoring the so-called Equality Act, advocating to ban counseling aimed at helping those with unwanted same-sex attraction or gender dysphoria, and signing friend-of-the-court briefs arguing that trans people should be allowed to use their bathroom of choice.

Harris herself boasts about officiating the first marriage between a same-sex couple in the state of California in 2013 when she was the state attorney general, instructing all county clerks to issue marriage licenses to homosexual couples with “no exceptions” despite some with conscientious objections.

Although Harris, 55, was one of Biden’s fiercest critics during the 2020 Democratic presidential primary debates—criticizing the former vice president’s past opposition to federally mandated busing to desegregate schools—Mohler believes that Biden choosing Harris was a highly strategic move.

“Given the age of Joe Biden,” Mohler explained, “and the fact that he would be the oldest individual ever to be inaugurated as President of the United States for his first term, the reality is that just about everyone in the Democratic Party and beyond knows that the choice of the vice presidential candidate for 2020 was at least, in large part, indicating someone who might well be anointed as the party’s leader going forward.

“So that’s to say Joe Biden wasn’t just choosing a running mate,” he added. “In many ways, he was choosing at least at this point in his life, a successor if he is elected in November. That’s why this particular choice in this particular race was so very, very closely watched and anticipated.”