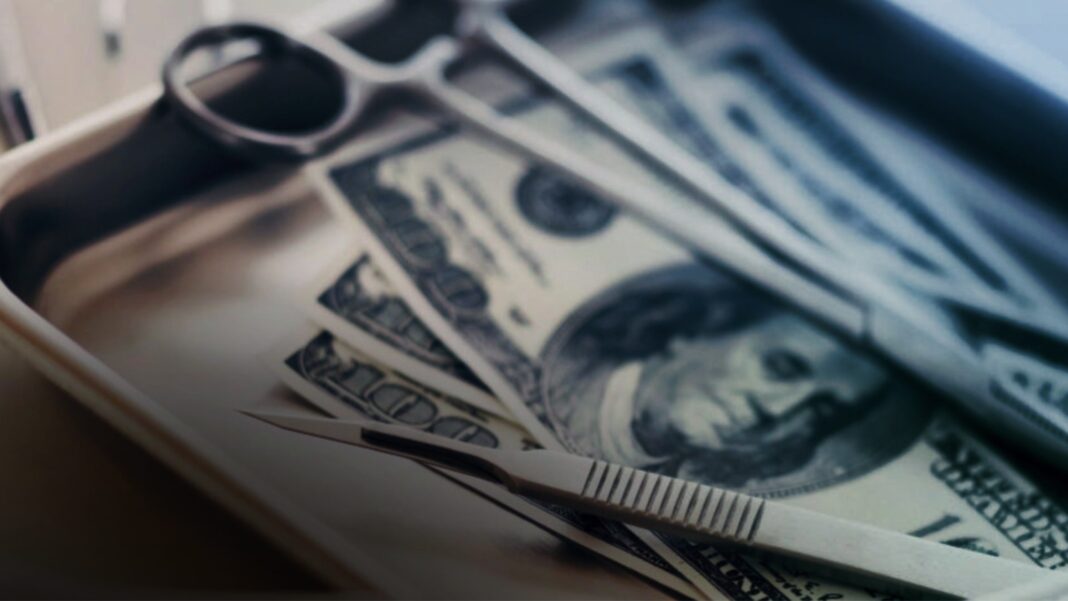 Judicial Watch announced today that it received 198 pages of records and communications from the U.S. Food and Drug Administration (FDA) involving “humanized mice” research with human fetal heads, organs and tissue, including communications and contracts with human fetal tissue provider Advanced Bioscience Resources (ABR). Most of the records are communications and related attachments between Perrin Larton, a procurement manager for ABR, and research veterinary medical officer Dr. Kristina Howard of the FDA.

Judicial Watch received the records through a March 2019 Freedom of Information Act (FOIA) lawsuit against the U.S. Department of Health and Human Services, of which the FDA is a part (Judicial Watch v. U.S. Department Health and Human Services (No. 1:19-cv-00876)). The lawsuit asks for all contracts and related documentation on disbursement of funds, procedural documents and communications between FDA and ABR for the provision of human fetal tissue to be used in humanized mice research. After successfully opposing the FDA’s redaction of certain information from its records, a federal court ordered HHS to release additional information about its purchases of organs harvested from aborted human fetuses – including “line item prices,” or the price per organ the government paid to ABR. The court also found “there is reason to question” whether the transactions violate federal law barring the sale of fetal organs. Documents previously uncovered in this lawsuit show that the federal government demanded the purchased fetal organs be “fresh and never frozen.”)

The records include an FDA generated contract with ABR, based on a “requisition” it issued on July 27, 2012, for $12,000 worth of “tissue procurement for humanized mice,” indicates the requisition was for a “non-competitive award.” Although the initial award was for $12,000, the total estimated amount of funds allocated for the requisition was $60,000. Under “Justification for Other than Full and Open Competition,” the FDA writes:

Scientists within the FDA and in the larger field of humanized mouse research have searched extensively over the past several years and ABR is the only company in the U.S. capable of supplying tissues suitable for HM research. No other company or organization is capable of fulfilling the need.

An April 1, 2013, “Amendment of Solicitation/Modification of Contract” form that shows the FDA purchased fetal livers and thymuses from ABR going back to at least October 2012, billing $580 per liver/thymus set, but later paying a unit price of $685.

A January 1, 2013, “Fees for Services Schedule” provided by ABR to the FDA includes:

As the result of an August 21, 2015, “Amendment of Solicitation/Modification of Contract,” ABR bumped up the price of baby livers and thymuses from $325 each to $340 each.

A “Tissue Acquisition Quote” sent by ABR to Howard on July 5, 2017, provided a quote of $5,440 each to provide 16 sets of second trimester (16-24 weeks) livers and 16 sets of second trimester (16-24 weeks) thymuses at $340 per “sample.” The request for the quote notes that “tissue known to be positive for HIV, HepA, HepB, HepC or chromosomal abnormalities are not acceptable.”

On June 28, 2017, a redacted FDA contract specialist sends Larton at ABR a request for a quote (RFQ) of pricing for human fetal tissue, aged “16-24 weeks,” including a “Statement of Needs”:

The HM [humanized mice] are created by surgical implantations of human tissue into mice that have multiple genetic mutations that block the development of the mouse immune system at a very early stage. The absence of the mouse immune system allows the human tissues to grow and develop into functional human tissues…. In order for the humanization to proceed correctly we need to obtain fetal tissue with a specific set of specialized characteristics.

A May 2018, report from a company named “LABS,” which was employed by ABR to test fetal parts and their mothers for hepatitis and HIV, notes in its “methodology description” that they are approved by the FDA “for living and cadaveric donor screening.”

The records include a recitation of requirements by the FDA for “Payment by Electronic Funds Transfer,” in which ABR must adhere to regulations relating to “Convict Labor” and “Child Labor-Cooperation with Authorities and Remedies.”

On September 24, 2018, the Trump FDA terminated its contract with ABR for human tissue purchases and began an audit of its acquisitions of baby body parts. The records include the FDA’s letter terminating the contract:

Based on the terms and conditions of the Purchase Order as awarded to Advanced Bioscience Resources, Inc. (“ABR”) on July 27, 2018, the Government is not sufficiently assured that the human tissue provided to the Government to humanize the immune systems of mice will comply with the prohibitions set forth under 42 U.S.C. § 289g- 2. Furthermore, the Government has concerns with the sufficiency of the sole-source justification. Therefore, pursuant to FAR [Federal Acquisition Regulation] clause 52.213-4(f), the Purchase Order is being terminated effective September 24, 2018.

“Chopping up aborted human beings for their organs and tissue is a moral and legal outrage,” said Judicial Watch President Tom Fitton. “This issue should be front and center in any debate about America’s barbaric abortion industry.”

In February 2020, Judicial Watch first uncovered through this lawsuit hundreds of pages of records from the National Institutes of Health (NIH) showing that the agency paid thousands of dollars to a California-based firm to purchase organs from aborted human fetuses to create “humanized mice” for HIV research.

In May 2021, this lawsuit uncovered FDA records showing the agency spent tens of thousands of taxpayer dollars to buy human fetal tissue from ABR. The tissue was used in creating “humanized mice” to test “biologic drug products.” The records indicated the FDA wanted tissue purchases “Fresh; shipped on wet ice.”

On August 3, 2021, Judicial Watch announced that it and The Center for Medical Progress (CMP), through a separate lawsuit, received 252 pages of new documents from the U.S. Department of Health and Human Services that reveal nearly $3 million in federal funds were spent on the University of Pittsburgh’s quest to become a “Tissue Hub” for human fetal tissue ranging from 6 to 42 weeks’ gestation. The Pitt scientists note that, “All fetal tissue is collected through a collaborative process including Family Planning, Obstetrics and Pathology.” Pitt anticipated “being able to harvest and distribute quality tissue and cells … [and] do not anticipate any major problems related to the acquisition and distribution of the tissues.” Pitt’s target goal “is to have available a minimum of 5 cases (tissues and if possible other biologicals) per week of gestational age for ages 6-42 weeks.”

In the book of Genesis, we read that in the time prior to the Global Flood, “GOD saw that the wickedness of man was great in the earth, and that every imagination of the thoughts of his heart was only evil continually” (Genesis 6:5 KJV)

Many may not be aware that this verse and others surrounding the evils of society prior to the flood are especially significant for our generation today. That is because Jesus told his disciples that prior to His return, the world would resemble “the days of Noah” (Matthew 24:37-39, Luke 17:26).

Pastor Billy Crone in an interview with Jan Markell, explained:

“In the Genesis 6 account, there are two levels of wickedness going on there, that grieved the heart of God, for him to pull the trigger and say ‘that’s it, I’m gonna judge this whole planet.’ It was the general wickedness, the heart of man being continually wicked [Genesis 6:5]. I think we could all agree that’s being repeated today,” Crone explains. “But it’s also the other wickedness in the hybridization of humanity [Genesis 6:1-4], that too is happening (It’s not coming, it’s happening), as well at the same time as this repeat of general wickedness. It’s really yet another Bible prophecy sign, howbeit a lot of people aren’t talking about it, that the return of Jesus Christ is imminent!”