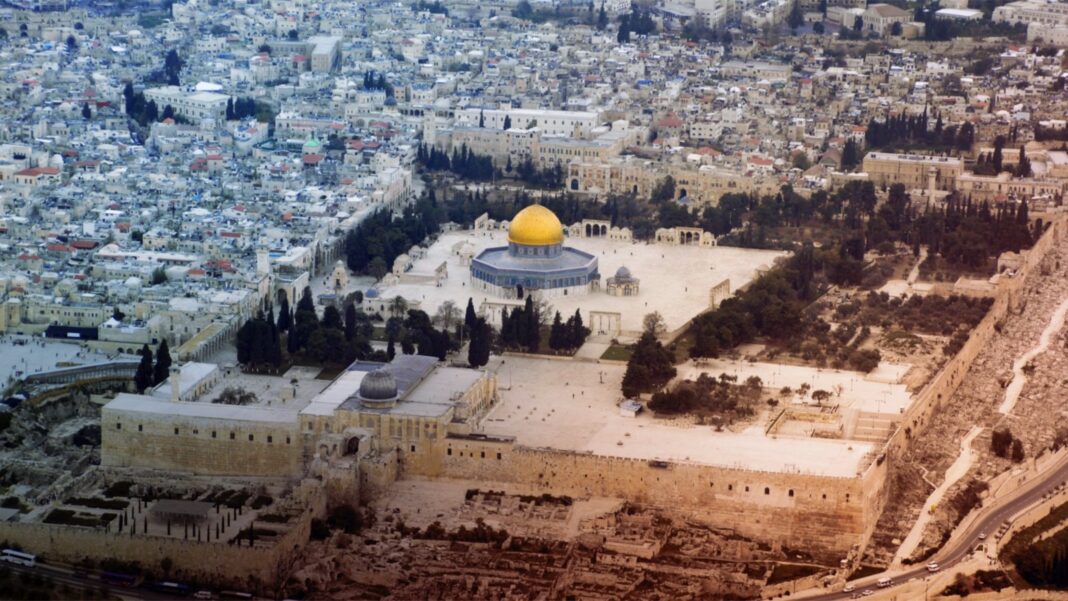 Israel must maintain the status quo at the Jerusalem’s al-Haram al-Sharif/Temple Mount, a Jordanian representative told the UN General Assembly in advance of the plenum’s vote on five pro-Palestinian and anti-Israel resolutions.

Israel is attempting to “impose a fait accompli on al-Aqsa mosque and Jerusalem,” he said, adding that Jerusalem’s “holy sites will remain the focus of Jordanian care and guardianship.”

Jordan will “combat a new fait accompli or change the historic or legal status of the holy city especially at the Aqsa Mosque,” the Jordanian representative said. He spoke in Arabic, and his words were translated by the United Nations into English.

Jordan has a special custodial role on the Temple Mount but it has been nervous that Israel might give Saudi Arabia some form of a role at the site, by way of helping sway it to sign a normalization deal. It’s a move that would violate the status quo at this sensitive flashpoint area.

Throughout the Bible, there is a written an extensive history of the temple mount. It is recorded how King David purchased the temple (1 Chronicles 21:18–26) and prepared the material for his son Solomon to build (1 Chronicles 22). That temple continued until it was destroyed by the Babylonians (2 Kings 25:8-17). 70 years later, after the destruction of the first temple, a second temple was built (Ezra 1-6). That second temple was as well destroyed, as prophesied by Jesus Christ in Mark 13:1-2, by the Romans in 70 AD.

Hal Lindsey in his article, “It’s About the Temple Mount” wrote about the modern Muslim tensions surrounding the temple mount and what Bible Prophecy tells us about a coming third temple:

Whether they believe it’s possible or not, Palestinian leaders use fear of a rebuilt Jewish Temple to stir up their constituents to the point of violence.  Even proposals to rebuild the temple without harming the mosques draws a frenzy of rage from the Muslims.  No matter what Israel promises, they fully expect the Jews to destroy the Dome of the Rock and the Al-Aqsa Mosque.

It’s interesting that so many Palestinians are convinced that there will be another Jewish Temple on the site.  Few of them know it, but they’re agreeing with the Bible.  It says that before the mid-point of the seven-year period known as Daniel’s 70th Week, the temple will be rebuilt and sacrifices will be offered again.

In the meantime, to understand the Temple Mount hysteria among Muslims, we need to understand the spiritual dimensions of the problem.  This is not just a real estate dispute.  It is about principalities and powers.  Satan will stir anyone he can, as much as he can, in an attempt to keep the holy place in a state of desecration.

But he cannot stop God’s plan.  The mighty can never defeat the Almighty.