MacArthur: World ‘Perfectly Suited For The Antichrist To Come’ Amid COVID Chaos 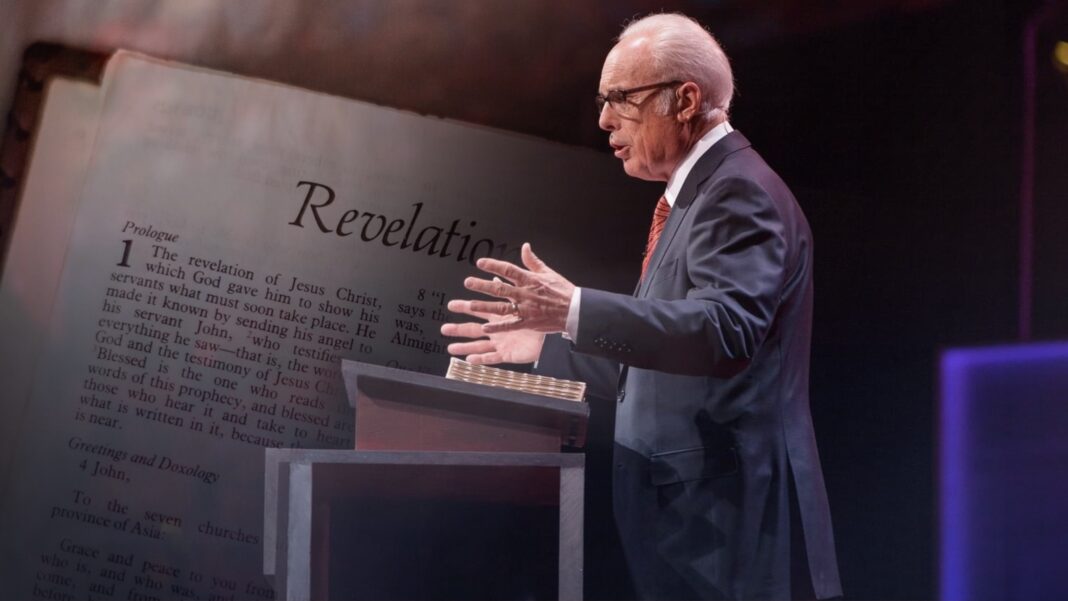 Grace Community Church Pastor John MacArthur has warned that today’s world is “perfectly suited for the Antichrist to come” amid the chaos and “lawlessness” stemming from the COVID-19 pandemic.

MacArthur, whose Sun Valley, California-based church has repeatedly sparred with authorities over COVID-19 worship restrictions, said on Sunday that world governments “have done something that’s never been done in human history” by making the pandemic issue and the response “global.”

“Now we are a global world. And that is a setup that we’ve been waiting for through redemptive history since the Lord promised that there would come, in the future, an Antichrist who would have a global government,” the 81-year-old pastor said.

“We literally have such power over people globally that we can shut them down so they can’t function,” he said.

“This suits the world of Antichrist. As you look at the book of Revelation, there’s the mark of the beast, the number, and if you don’t have that, you don’t buy, you don’t sell, you don’t exist. Everything about you, they know — the people who have access to all your data. They know all of it. You can go out of existence virtually any moment [and] somebody decides that. This is the kind of world that appears to be perfectly suited for the Antichrist to come, bring a certain amount of peace, [and] the world falls at his feet.”

MacArthur, who also runs a syndicated Christian teaching radio and television program, described the Antichrist as the “instrument of Satan,” adding: “And of course, all hell breaks loose, and in that time of the Great Tribulation, God’s judgment comes, at the end of which Christ returns.”

The pastor said that while he’s not predicting that “the Lord is coming soon,” the unrest seen today reflect those prophesied in Scripture.

“The Bible says in the End Times there will be lawlessness. And there is lawlessness [today] and an escalating lawlessness and an effort to create more lawlessness by taking restraints away,” he said. “This is a world that could find itself in such absolute chaos that the right satanic leader who promises to fix everything could be given the title of king of the world. That Antichrist, aided by the false prophet, is what we see in the book of Revelation… So, it’s just up to us to be sure that we’re looking at the signs of the times.”

MacArthur and his megachurch have made headlines in recent months after the church decided to resume in-person services in violation of California’s ongoing public health and court orders.

“I’ve been here 50 years; the church is 63 years old, and this church has never had any kind of mandate from the government to close,” MacArthur said in an interview with Billy Hallowell in August. “So when they came up with this mandate it seemed to be so rare and so unusual that we were listening.”

Upon hearing dire predictions about the death toll, MacArthur said it was “enough to make anybody with common sense” pause and take steps to ensure no one was endangered. The church initially moved to a live stream model and closed down in-person services — but within a few weeks, MacArthur said parishioners started showing up again.

Despite facing the prospect of fines and the threat of jail time as a result of his refusal to comply with coronavirus regulations, MacArthur has maintained that it’s the church’s biblical responsibility to stay open and hold worship services.

“Of course, my biblical hero apart from the Lord Jesus Christ is the Apostle Paul,” MacArthur said in September. “And when he went into a town he didn’t ask what the hotel was like. He asked what the jail was like because he knew that’s where he was going to spend his time.”

“So I don’t mind being a little apostolic — if they want to tuck me into jail, I’m open for a jail ministry,” he continued. “I’ve done a lot of other ministries and haven’t had the opportunity to do that one. So bring it on.”

Churches across the U.S. have grappled with how to operate amid ever-changing circumstances presented by state government lockdowns in response to COVID-19.

Ed Young, founding and senior pastor of Fellowship Church, told The Christian Post that the spiritual ramifications of refusing to meet outweigh the hype of the coronavirus pandemic.

“Look at our culture. There is so much going on right now spiritually, especially among young people facing depression, anxiety, and attempting suicide,” Young, who leads the evangelical megachurch in Grapevine, Texas, said. “I have counted the cost of not opening our church versus opening, and I believe that risk and faith go hand in hand. It’s critical to reopen churches.”