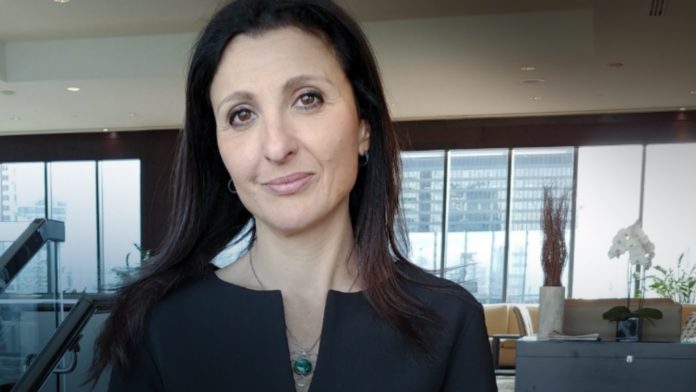 The UK must stop funds for UNRWA unless it agrees to stop anti-Israel and antisemitic incitement in its schools, Jerusalem Deputy Mayor Fleur Hassan-Nahoum plans to tell the UK House of Lords on Wednesday.

Hassan-Nahoum is set to attend a cross-party meeting in the House of Lords to discuss the UK’s recent pledge of £65.5 million to UNRWA for 2019-2020. She pointed out that the Netherlands, Switzerland, New Zealand and Belgium suspended donations to UNRWA due to its corruption and incitement.

“Hamas has penetrated UNRWA to the extent that most teachers and administration are Hamas members,” she said ahead of the meeting. “Hamas actually has representatives in each UNRWA school in order to attract students to join” the terrorist organization.

For example, an entire textbook chapter teaching Arabic reading comprehension to fifth-grade girls is dedicated to praising Dalal al-Mughrabi, who massacred 38 people, including 13 children, in 1978.

The capital’s deputy mayor also plans to discuss the poor quality of the education in Jerusalem’s UNRWA schools, which she says is “woefully inadequate in basic Hebrew, English, mathematics and technological skills” and is not giving the children educated in those schools a chance for success.

“For me, as somebody who cares for all the children in my city, it is unacceptable that UNRWA does not teach any Hebrew and barely any English in their east Jerusalem schools. This low-level, UNRWA education means that when their students reach 18-years-old and graduate, they cannot be integrated into any economic opportunity, any quality employment, or any higher education,” she said.

As such, Hasson-Nahoum added, “the curriculum is a curriculum of institutionalizing poverty.”

She also cited a poll taken by the Jerusalem Municipality finding that half of Arab families in the city prefer an Israeli curriculum.

“The Israeli curriculum is a proper secular Arab curriculum. It’s not a Zionist curriculum. All we’re doing is taking out the incitement and bringing in Hebrew as a second language,” she said.