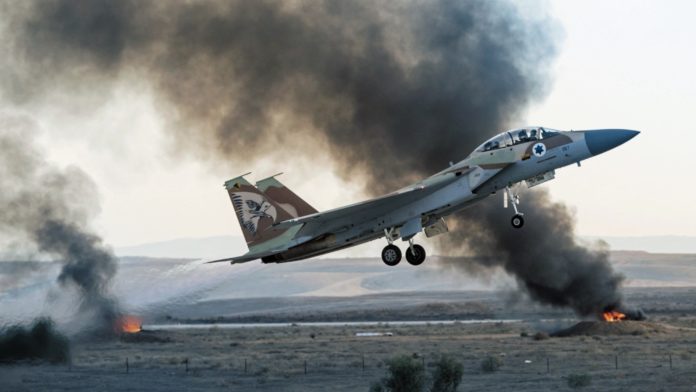 Reports of the Syrian air defense systems being alerted on Monday evening; Strikes believed to be targeting several Iranian targets in the area; Syrian President Bashar al-Assad’s brother wounded in the attack.

Monday – The Israeli Air Force carried out a strike on high-level Iranian and Syrian targets near Palmyra, which is located in the central region of the country. Syria has been home to several Israeli strikes, especially in the last year, due to Iranian entrenchment in the region. Often times, Israel will strike from Lebanese airspace.

While initial reports claimed that those killed in the attack were of Syrian and ‘unknown’ nationality, it is now reported that several of them were senior Iranian officials as well as a top Syrian general. Included among the injured is Syrian President Bashar al-Assad’s brother, General Maher al-Assad. Iran is not only entrenching themselves in the region, but they also back the corrupt Assad regime.

Syrian news outlets are reporting that Syrian air defense systems neutralized several Israeli projectiles throughout the attack. As is typical, the Israeli Defense Forces (IDF) refrained from commenting on the strike.

The attack came just hours after Iranian Foreign Minister Mohammad Javad partook in a meeting with President Bashar al-Assad in the capital city of Damascus.