Mount Merapi, Indonesia’s most active volcano, erupted a column of ash about 16,000 feet into the air on Friday.

According to Agence France-Presse, there are no reports of damage and officials are encouraging those who live nearby not to panic.

The volcano, which is near the historic city of Yogyakarta, had another big eruption earlier this month, which sent even more ash into the air at 20,000 feet. That eruption covered the nearby city of Solo with ash and forced an airport closure.

Authorities did not raise the alert level for Merapi, which had its last major eruption in 2010, killing 300 people and forcing 280,000 to evacuate.

The volcano has a history of deadly eruptions, including one in 1930 that killed around 1,300 people and one in 1994 that left around 60 dead.

Indonesia is made up of a series of islands with over 120 active volcanoes.

The latest eruption comes as the country, like others across the globe, is battling the coronavirus. Indonesia’s cases topped 1,000 on Friday in its biggest daily jump of diagnoses yet. 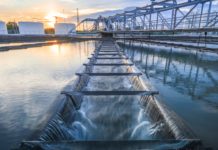 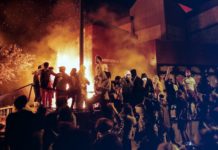 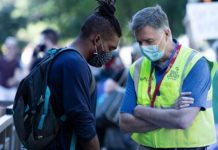