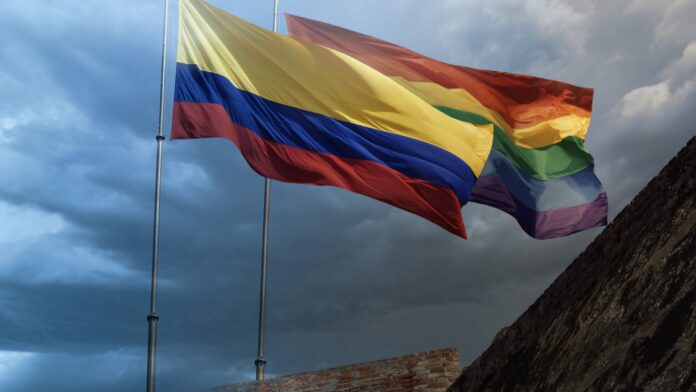 A Colombian judge has refused to marry two women, saying he chooses to follow ‘God’s law’ despite the fact that same-sex marriage has been legal in the country since 2016.

Galatians 1:10 KJV – “For do I now persuade men, or God? or do I seek to please men? for if I yet pleased men, I should not be the servant of Christ.”

According to the Aug. 31 court ruling, the Cartagena-based judge Ramiro Flórez refused to sign off on the marriage between Julieth del Carmen Ramos and Guskary Alejandra Vásquez because it was against his religious beliefs.

“When there is conflict between what human law says and what God’s law says, I prefer God’s law, because I prefer to please my Lord Almighty God before human beings,” he added.

Backlash was swift, with Angélica Lozano, a Colombian senator who herself is in a same-sex ‘marriage’ with Claudia López, the mayor of Bogotá, condemning the judge’s decision.

“The Supreme Council for the Judiciary and the Attorney General’s Office have the opportunity to protect the rights of them (the couple) and the pedagogy and punishment of the judge who abuses,” Lozano wrote on Twitter, according to Daily Mail.

Sen. Roy Barreras also criticized Flórez’s decision and vowed to levy sanctions on the magistrate for his “unconstitutional ruling.”

“In Colombia, it feels as if corruption and poverty are ‘in the air.’ It is against this backdrop that a ‘progressive agenda’ is being foisted upon the people, often in exchange for big bucks—the push to liberalize laws around marriage and life issues creeps in because the political and church structures are trying to deal with so much else and have no structure to counter them.”

One night while celebrating a friend’s birthday in central Bogotá, Williams entered Bolívar Square and noticed the contrast of the The National Cathedral on one side of the square and Liévano Palace, home of Mayor López, on the other.

“She is a lesbian in a high-profile relationship with another politician, and together they are pursuing a radical ‘progressive’ LGBTI agenda,” Williams said of López.

But that night, thousands of Colombian Christians had gathered to pray for the city of Bogotá and their nation.

“I was proud to pray with them—proud to be with politicians who resist,” Williams said. “They loved, they cried, they got on their knees, they pleaded for their land.”