Quarantined Police Officer: ‘I Asked Siri, How Can I Get Saved?’ 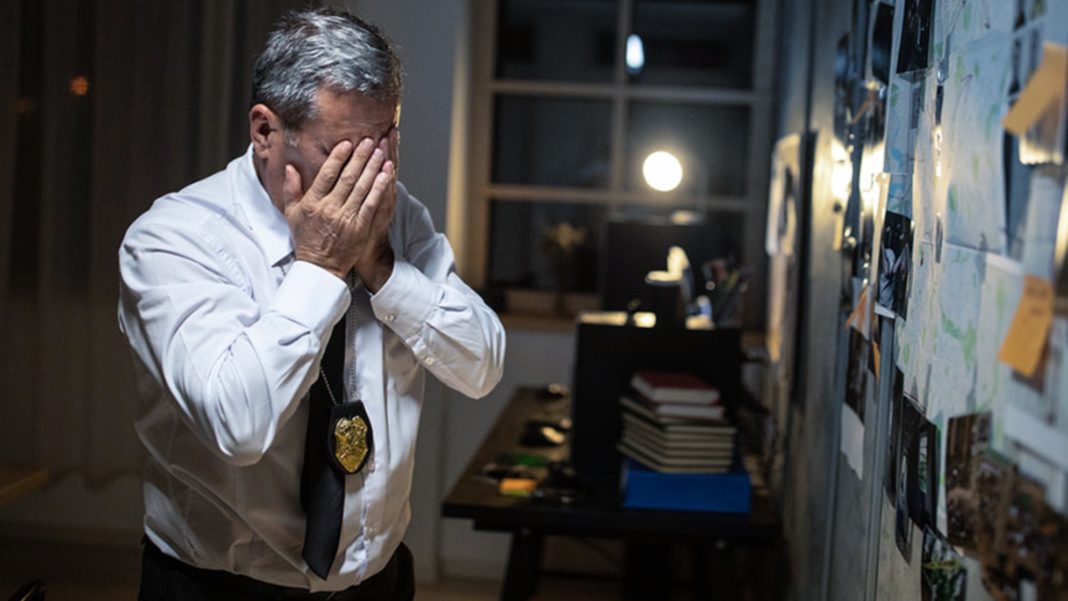 From a device that usually carries a severe anti-God/anti-Bible bias, Siri finally pointed someone in the right direction. This happened when an overwhelmed police officer asked ‘How can I get saved?’ and he was pointed to the Billy Graham Evangelistic Association website.

Franklin Graham took to Facebook to encourage others who are feeling anxious to read and share what the officer learned about salvation through Jesus Christ:

Well, Siri sure got this one right! A 20-year veteran police officer was quarantined and battling anxiety. He was afraid he might have the coronavirus, and he was afraid to face death. He said he wasn’t ready to go. He asked Siri, “How can I get saved?” Siri led him to our Billy Graham Evangelistic Association website where he chose to chat with one of our trained volunteers who shared from God’s Word how he could find true peace. “I’m so lost,” he said. By the end of their conversation, the officer found what he was looking for—he put his faith and trust in Jesus Christ! “For the wages of sin is death, but the gift of God is eternal life through Jesus Christ our Lord” (Romans 6:23). He doesn’t have to be afraid anymore! Read more of the story [Below] and share it with anyone you know who might be searching for peace during this time of uncertainty.

Read the Report Below:

A police officer at home on quarantine took his spiritual questions to the internet and found answers that set his life on a new course.

David* has been a police officer for 20 years. Recently, he wasn’t feeling well and feared he may have contracted COVID-19.

Struggling with fear and anxiety, David came across a website operated by the Billy Graham Evangelistic Association’s online ministry, Search for Jesus, where he clicked to chat with a volunteer.

“I’m struggling with faith, and with everything going on … even more so,” David typed.

Gloria, his chat coach, asked him a simple question: “Where do you look for peace in uncertain times?”

David answered that he looked within himself.

“I can understand that,” Gloria said. “The catch with that, though, is that our inner selves can be really disturbed by what we see and hear. That can lead to anxiety, as you know.”

Gloria talked about how it’s possible to have peace with God through Jesus.

“I haven’t had a relationship with God in so long,” David said, explaining that he usually thought living a righteous life was enough to keep him in good standing with God. Then he started feeling sick and got tested for COVID-19. He was waiting for results and feeling anxious. Living a good life no longer seemed adequate.

Gloria reassured him that he could have peace in this life and the next and asked if he wanted to talk about how.

“Not if it’s a sales pitch,” David responded. But a minute later, the wall he had built began to come down.

“Those are important words: ‘I’m so lost,’” Gloria responded. “You have already taken the first step towards God. You know that you have a problem. It sounds like you have been figuring out that your way is not the best.”

Gloria told David that she had a pretty good idea of why he was so scared about catching COVID-19. Like so many people, he was afraid of death. She had good news about that, but first, she shared some key Bible verses to help David see where he stood with God. Being a good person wasn’t enough—for David or anyone.

“For all have sinned and fall short of the glory of God (Romans 3:23)” Gloria typed.

“You are realizing the truth of God’s Word,” she continued, “that ‘the result of sin is death’ (Romans 6:23). That is why you are so scared.”

“Well thanks for pointing that out,” David responded, his sarcasm coming across, even through the screen. “Now I’m even more scared.”

“That verse continues, ‘BUT the gift of God is eternal life in Christ Jesus our Lord.’ The really, really good news is that God knows that you cannot reach Him through your own efforts. So He provided the way for you to do that. He loves you that much, David.”

When Gloria went on to share John 3:16, David said the verse was familiar; he had seen it on signs people held at football games. Now the words were personal:

“For God so loved the world, that he gave his only Son, that whoever believes in him should not perish but have eternal life.”

“God sent his own son, Jesus, to earth,” Gloria shared. “Jesus lived a life without sin but died a terrible death. He took all of our sins upon himself, all of our punishment upon himself.”

“But what am I supposed to do?” David asked.

“Believe,” Gloria typed. “I can’t give you a sales pitch on that. It has to come from your heart.”

“Do you wanna know how I found your webpage?” David asked a couple of minutes later. “I went into Google, and I asked Siri, ‘How can I get saved?’ And your page popped up.”

He said he had prayed the prayer he found on the site, asking Jesus to be his Savior.

Gloria praised God for leading David to salvation. She also made sure David understood that the power to have peace with God doesn’t come from the words in the prayer but from faith in Christ.

“The words of the prayer are not magical,” Gloria said. “The important thing is the attitude of your heart.”

She encouraged David to take the next step in his new relationship with God by signing up for the free Know Jesus discipleship course online.

As David began a two-week quarantine, God had given him a gift he hadn’t been looking for—the gift of time. The Lord had once again used a temporary crisis to lead one of His children to eternal life. In this time of uncertainty, it’s one more reason to believe God’s Word is always true.

“And we know that for those who love God all things work together for good, for those who are called according to his purpose” (Romans 8:28).

Christianity, Church ‘Essential’ to the Preservation of America