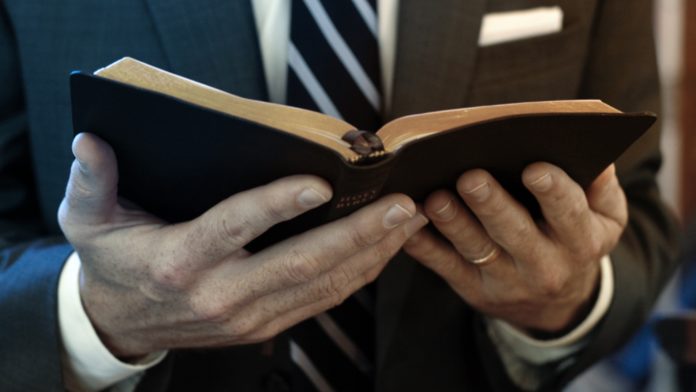 A hotel in Northern Ireland has apologized to a Christian minister for halting a marriage seminar that was underway in one of its conference rooms and evicting the attendees.

Rev. Harry Coulter of Carrickfergus Reformed Church had reserved a room at the Balmoral Hotel for a “Marriage Matters” event that, among other topics, addressed the imposition of same-sex marriage on Northern Ireland.

Halfway through the meeting, hotel staff interrupted, demanding he bring it to an end, citing a complaint from a patron. Attendees, the minister and keynote speaker Tony Rucinski were forced out of the building.

Coulter sued the hotel for unlawful discrimination and breach of contract.

Now, the hotel management has issued a formal apology, according to the U.K.’s Christian Institute.

The hotel said in its written apology that it strives to serve people without discriminating on the grounds of religion, belief or political opinion.

“We are therefore disappointed that on the night in question we fell short of that standard,” the hotel said. “As a result, you and your guests were prevented from fully expressing and discussing your beliefs about the law of marriage in Northern Ireland as part of your ‘Marriage Matters’ series.

“We also recognize that the particular way in which this was dealt with was embarrassing for you and inconvenient for your guests. I reassure you that this will never happen again.”

Shortly after the event, Simon Calvert, the institute’s deputy director for public affairs, called the hotel’s actions “an outrage.”

“We’ve got to put an end to what we consider to be attempts to punish people for believing in one man-one woman marriage. After all, it’s what most people believed in until recently,” he said.

Coulter said he wholeheartedly accepts the formal apology and the hotel’s promise to retrain staff members “to respect human rights.”

He said the hotel also refunded his payments for the room and paid legal costs.

Calvert, after the apology, said it’s “an important reminder that you cannot kick people out of a hotel for supporting traditional marriage.”

“We’re confident that, had this case gone to court, Rev. Coulter would have won his claim for discrimination. The hotel clearly understood this, and their apology is full and frank and they deserve credit for it,” he said.