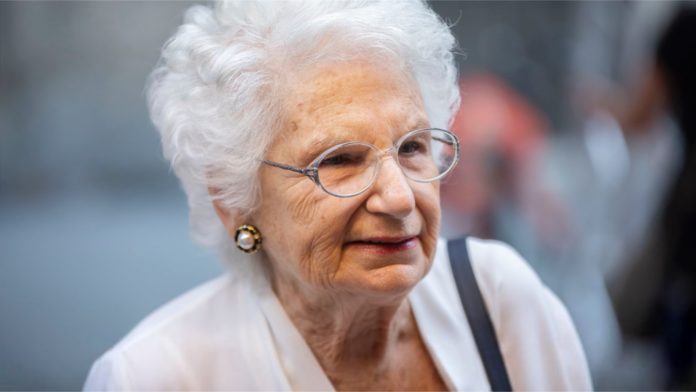 Italian Holocaust survivor and Senator for Life, Liliana Segre, 89, has been placed under police protection after she received threats from far-right fanatics, security sources said on Thursday, highlighting concerns about rising extremism in Italy.

Born in 1930 into a Jewish family in Milan, Segre was deported to Auschwitz in 1944 at the age of 13 – one of 776 Italian children under the age of 14 who were sent to the Nazi concentration camp. Only 25 survived.

For the past 30 years, she has been one of the more active witnesses of the Holocaust, speaking to thousands of schools and groups all over Italy.

In January 2018, Segre was appointed senator for life by the President of the Italian Republic, Sergio Mattarella.

A life tenure appointment in the Senate can be granted by the president “for outstanding patriotic merits in the social, scientific, artistic or literary field.”

Since she took the position, Segre has become one of the most well-known and appreciated public figures in the country, working tirelessly to promote not only Holocaust remembrance but also a message of tolerance and solidarity.

Among others, she pushed for the creation of a parliamentary commission to investigate hate, racism and antisemitism.

At the end of October, the Italian daily La Repubblica reported that she was the target of about 200 online antisemitic messages and threats every day, disclosing the findings of a report by the Milan-based Centre of Contemporary Jewish Documentation (CDEC).

“This dirty Jew is called Liliana Segre. Ask yourselves what the f**k she did to be paid by us, and she is pro-invasion [of migrants]? Hitler, you did not do your job well,” read one of the messages.

“I wonder why you did not drop dead like all your relatives,” read another.

After the Italian Senate voted on establishing the commission on October 31 and Italy’s right-wing parties did not back her proposal, the resulting controversy has only added to the abuse, with a neo-Nazi group this week hanging up a banner to denounce anti-fascism close to where she was making a public appearance.

“An 89-year-old Holocaust survivor under guard symbolizes the danger that Jewish communities still face in Europe today,” he wrote on Twitter.

Government ministers also expressed solidarity. “Forgive us Liliana. The politics of hate will not stop your commitment, nor ours,” said Agriculture Minister Teresa Bellanova on Twitter.

There was no immediate comment from the leaders of the main rightist parties, the League and Brothers of Italy, who had opposed Segre’s call for a parliamentary commission, warning that it could lead to censorship.

The CDEC said antisemitism appeared to be increasing in Italy, but was still much less pronounced than in France and Britain.

CDEC researcher Stefano Gatti said that until the beginning of November 190 cases of antisemitism had been reported in Italy against 197 in all of 2018 and 130 in 2017.

Most were social media attacks and verbal insults, with just two acts of minor violence registered this year.